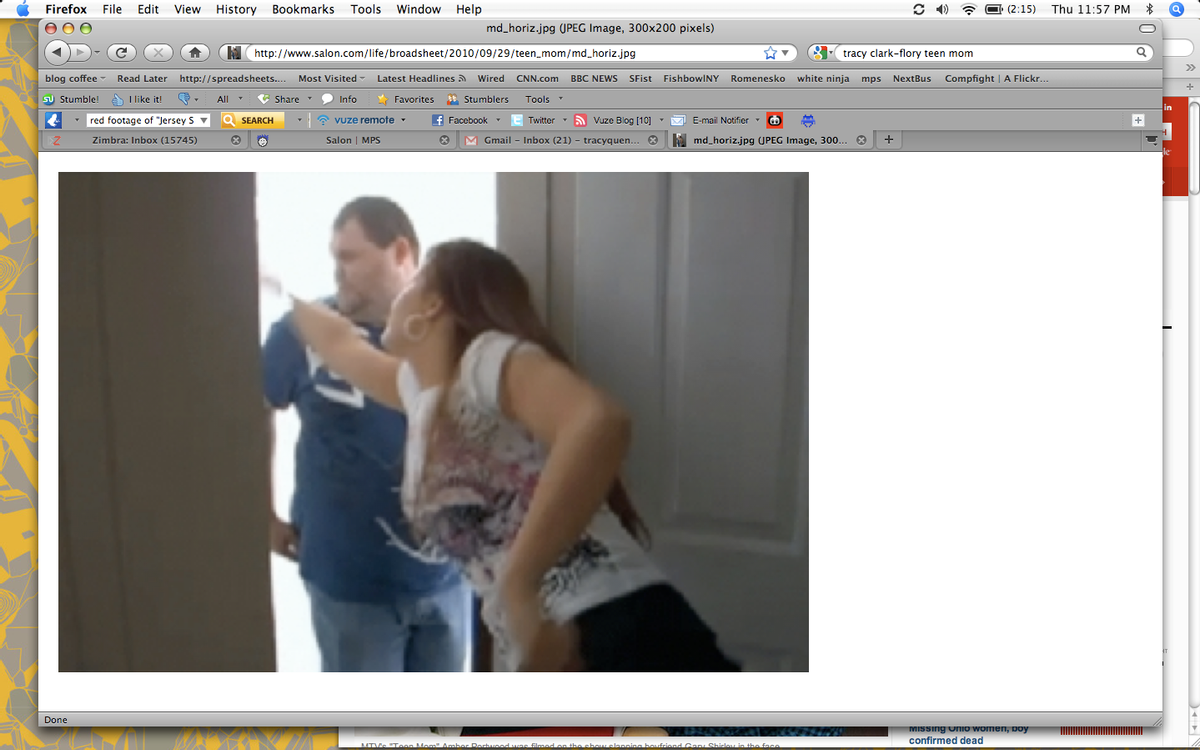 Abuse is abuse, regardless of the sex of the perp. That's the message Indiana police have delivered by charging Amber Portwood, a star of reality show "Teen Mom," with felony domestic violence. An investigation started after MTV aired an episode earlier this fall in which the 20-year-old punches, slaps and kicks Gary Shirley, the father of her child (she also slapped and choked him during the previous season).

Indiana police spokesperson Mitch Carroll told CNN that the police report details three incidents -- two of which were caught on camera -- in which she pushed, slapped, choked, kicked and punched Shirley. Now Portwood, who has brushed off her violent tendencies in the past, faces two felonies charges (because the violence occurred in front of their child) and one misdemeanor count of domestic violence. If found guilty, she could spend up to three years in jail and face a fine of up to $10,000.

When the latest episode of violence aired in September, I wondered what "the public reaction would be if the direction of the violence in their relationship was reversed" and concluded, "It's hard to imagine comparable male-on-female violence continuing to air, season after season, without major outcry or intervention" -- but, hey, better late than never.