Defending myself against Andrew Sullivan 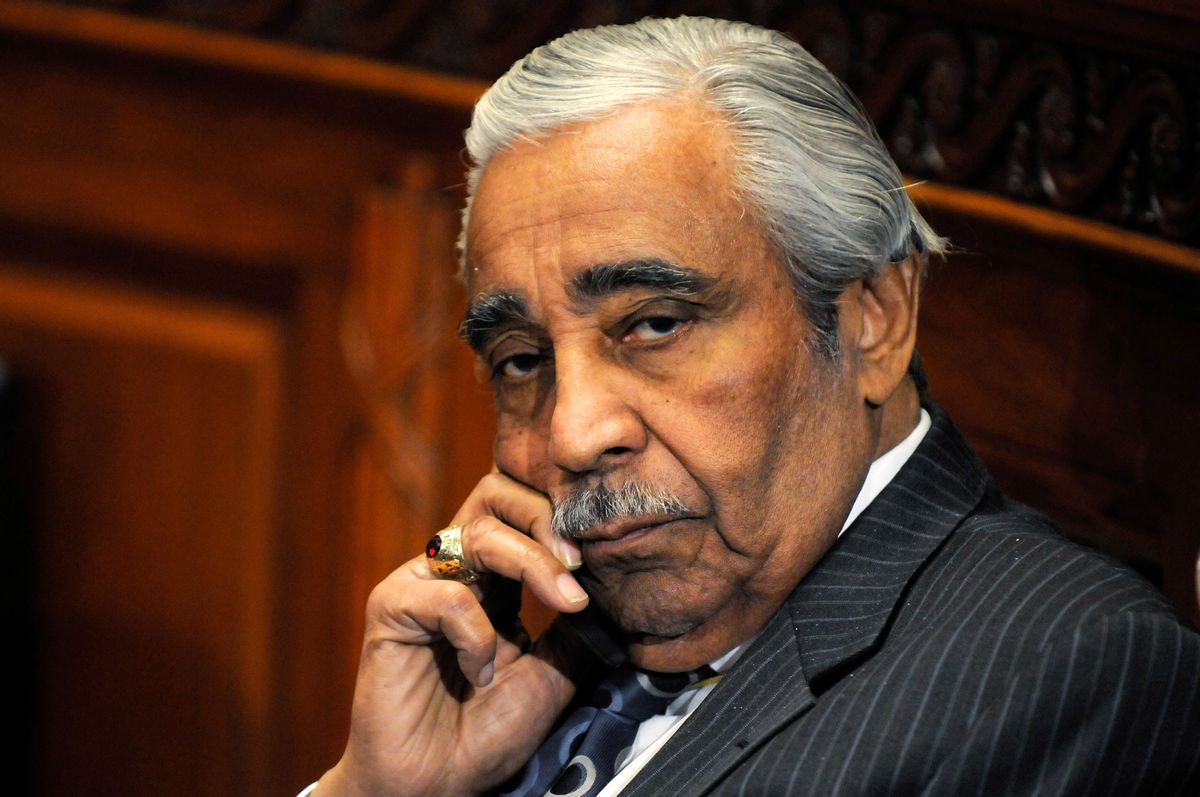 US Representative Charles Rangel (D-NY) talks on his mobile phone as he waits for the panel to return from a break in his ethics hearing before the House Adjudicatory subcommittee at Capitol Hill in Washington, November 18, 2010. REUTERS/Jonathan Ernst (UNITED STATES - Tags: CRIME LAW POLITICS) (Reuters)
--

[Updated]When a friend e-mailed a short while ago to congratulate me on my nomination for the Moore Award, I was puzzled: Why was I under consideration for the University of Tennessee at Chattanooga athletic department's A.C. "Scrappy" Moore Award, an honor typically reserved for the Moccasin student-athlete who "best personifies comprehensive excellence -- academically, athletically and socially"?

Then I discovered that I'd actually been nominated for the other Moore Award -- the one that blogger Andrew Sullivan doles out for "divisive, bitter and intemperate left-wing rhetoric." How exciting!

Sullivan recognized me for a piece I wrote Thursday about Alabama Republican Rep. Jo Bonner's harsh attack on Charlie Rangel as the House ethics committee was concluding its proceedings on Thursday. Specifically, Sullivan claimed, I argued "that the grandstanding of the GOP's ranking member on the ethics committee was fueled by racism and not Rangel's eleven ethics violations."

I should say: I knew when I wrote it that it would be easy to reduce my argument to "Clueless Kornacki can't fathom that Rangel did anything wrong, blames racism instead." But that wasn't the point I was trying to make. Clearly, Rangel is guilty of 11 ethics violations. His transgressions are his fault, and his fault alone, and the punishment that he is set to receive -- the first censure since 1983 -- seems about right. I am not -- and was not -- claiming that he is being railroaded because of his race.

What bothered me as I watched Bonner's speech -- which came after Rangel had been found guilty and after he had asked for mercy -- was that it clearly reeked of showboating.  As I wrote, there's an understandable partisan motivation here; Democrats would pile on (and have piled on) a Republican in a similar situation. But knowing the history of the Alabama district that Bonner represents, there was something (to me, anyway) somewhat disturbing about the scene. More than perhaps any other district in the country, Alabama's 1st demonstrates the political transformation that the modern Republican Party's use of race (busing, affirmative action, "law and order," "illegals") has brought about. As the Washington Post noted back in 1984, when Bonner's mentor (Sonny Callahan) was running for Congress for the first time, Republicans had succeeded in poisoning the district's white voters against the Democratic Party (which almost all of them had been raised to support) by painting it as "the party of Jesse Jackson."

Since '84, of course, the GOP has only become more dominant in the South -- something that is purely the function of even more white voters defecting from the Democrats for good. After the Nov. 2 midterms, practically the only Democratic congressmen left in the region are African-Americans from majority-minority districts that were created under the Voting Rights Act after the 1990 census. Today's Republican Party in the South has become what the Democratic Party was before 1964: the default home for white voters. Are these voters only Republicans because of racial politics? No. But is the GOP's emphasis on issues like affirmative action and "illegals" -- subjects that foster a victim mentality, a sense that the liberals in the Democratic Party are out to take from "us" to give to "them" -- especially resonant with white Southerners? You bet it is.

I don't think it's unreasonable to consider Bonner's decision to grandstand against this backdrop -- nor do I think that raising the issue should be equated with an effort to let Rangel off the hook. He's guilty. He did it. He should be punished. But when Sonny Callahan's protégé goes out of his way to rub it in, pardon me for wondering if some of his constituents will take it as a reminder that the party of Jesse Jackson is, well, still the party of Jesse Jackson.

I'm reminded a little of the last time the House censured any of its own, back in 1983 when Gerry Studds and Dan Crane were rebuked for having sexual relationships with underage congressional pages. Both were guilty and both deserved their punishments. But I always found it interesting how much more exercised many on the right were by Studds' conduct. That he was a Democrat and Crane was a Republican was surely a factor, as was the fact that Crane pretty much disappeared after losing his reelection bid in 1984. But, inarguably, I think, the fact that Studds was involved with a male page while Crane was involved with a female played a role too. Every Republican leader, conservative activist, and right-wing direct mail copywriter who invoked Studds' name and slammed him for his conduct in the years after '83 was, on one level, absolutely justified: Studds was guilty, just as Rangel is now guilty. But was there another reason they kept going back to the well? It's not an unreasonable question.

Anyway, time will tell if Bonner's attack will end the Rangel matter for the GOP, or if he'll get the Studds treatment in the years ahead. It may be that I overreacted while watching Bonner's speech; I'm certainly willing to admit the possibility.

Update: Josh Benson, writing in defense of my piece, notes that Bonner was one of only 33 members of the House -- all of the Republicans, and virtually all of them from the old Confederacy -- to vote against the reauthorization of the Voting Rights Act in 2006. "Is it OK to suggest that that was probably good politics for him, too?" Benson writes. "Or is that being divisive?"