Reviving our romance with the Atlantic Ocean

Simon Winchester writes a fascinating "biography" of the legendary, forbidding expanse of water 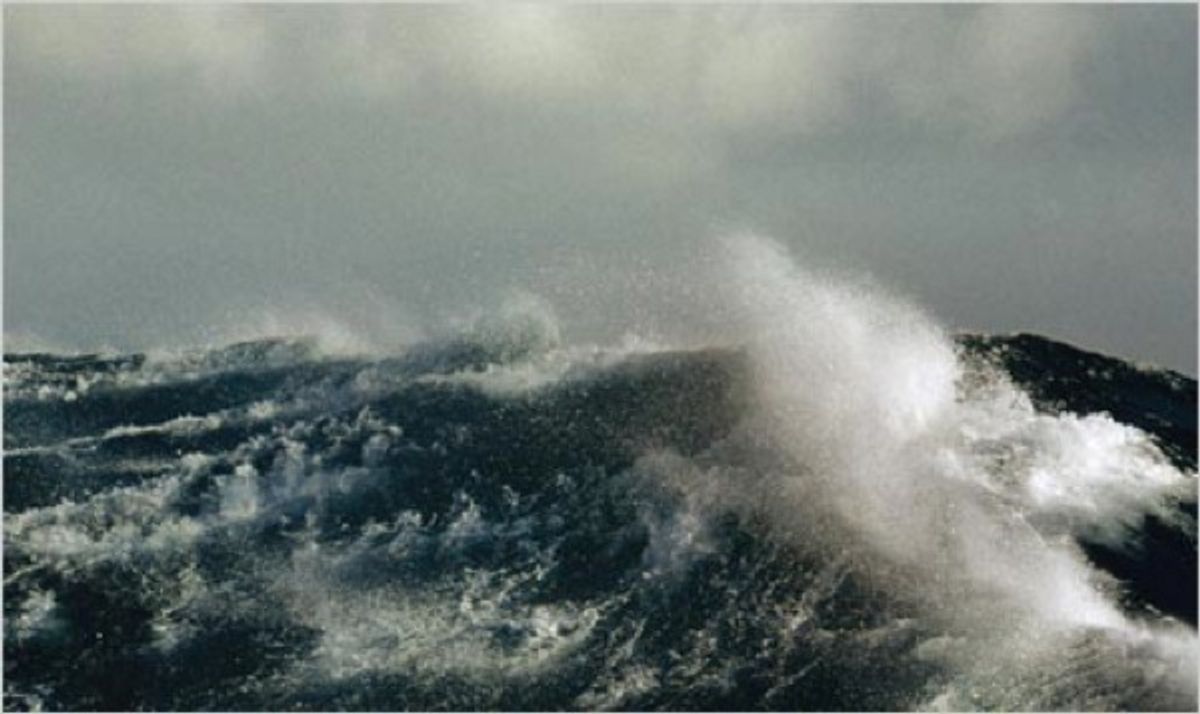 Bernard Bailyn, the Harvard professor who presided over the birth of "Atlantic History" as a spry little subdiscipline in the 1980s, once confessed that he knew of no one who was "poetically enraptured by the Atlantic world." It's safe to say that Bailyn had never met Simon Winchester. His new "Atlantic: Great Sea Battles, Heroic Discoveries, Titanic Storms, and a Vast Ocean of a Million Stories," Winchester's vigorous "biography" of the body of water known at different times as the Ethiopian Ocean, the Mare Glaciale and (oddly enough) the Ocean Sea, is virtually Byronic in its length and devotion. Mention the names of a string of middling coastal towns -- Esbjerg or Vigo, Takoradi, Walvis Bay or Puerto Madryn, Wilmington or Halifax -- and where most would hear the very definition of backwater obscurity, for Winchester they're the very stuff of oceanic poetry.

Indeed, if the picture most of us have of the Atlantic is bracing and austere, these very qualities were what led Winchester to an almost boosterish argument for its inherent pelagic superiority. The Atlantic, after all, is "the classic ocean of our imaginings, an industrial ocean of cold and iron and salt. A purposeful ocean of sea lanes and docksides and fisheries, an ocean alive with squadrons of steadily moving ships above, with unimaginable volumes of mysterious marine abundance below. It is also an entity that seems to be somehow interminable."

What Winchester dubs his "ocean romance" began at the age of 18, when he inexpensively crossed westward on a seven-day passage from Liverpool to Montreal aboard the Empress of Britain, one rung above steerage. It was 1963, a crepuscular year for transatlantic steamship travel: Before long, the Empress of Britain would be out of the passenger-carrying business, a casualty of the boom in airline travel across the Atlantic -- travel that has become so mundane as to strip away all the awe the ocean had inspired for centuries. (Today, Winchester gets no kick in a plane: high over the mid-Atlantic in one of those "little seven-mile-high cities in flight," he muses, "How sad, I thought, that so vividly remembered a place should have so quickly transmuted itself into something little more than an incommoding parcel of distance.")

Restoring that sense of awe is part of Winchester's calling in "Atlantic," a challenge he accepts with swashbuckling zeal. A natural storyteller trained as a geologist, Winchester must be the only writer who can boast of having worked in the field in Greenland in 1965 and being interned as a journalist during the Falkland Islands conflict in 1982. Both experiences serve him well, as he narrates the natural history of the Atlantic -- an ocean that is somewhere near the halfway point of what will be its 370 million year life span -- as well as the naval campaigns that seem to have reached a certain finality in the South Atlantic war between Britain and Argentina. In between is a lively history of waves of conquest and commerce, one that involves familiar names, certainly (think Columbus & Co.) but is nimbly told nevertheless. Winchester voyages through centuries of long-distance trade, beginning with the Phoenecian search off the Moroccan coast for the mollusk responsible for a resplendently royal purple-crimson murex dye, up to the recent decimation of the Great Banks cod industry by fleets of colossal trawlers. These depredations are fired by the "delusions of perpetual abundance" that are a collateral effect of the myth of the ocean's endless bounty.

The book mixes sweeping accounts of economic and political phenomena -- slavery, empire, globalism, the rationalized business of Atlantic exploration and its later industrialization -- with morsels of trivia: how future Israeli president Chaim Weitzmann's assistance in helping the British navy make much-needed acetone may have helped secure the Zionist cause; how Jack Alcock and Arthur Whitten Brown became the first airmen to cross the Atlantic nonstop in 1919, accompanied by two little black cats named Twinkletoes and Lucky Jim; how the Patagonian toothfish found gastronomic acceptance and a potential for extinction when it was rechristened Chilean sea bass.

The general and the specific complement each other nicely in Winchester's book, which sacrifices neither close detail nor wide angle for the sake of the other. Slightly less well balanced are Winchester's ever chipper voice, as sunny and cheerful as his grinning countenance on the book's back cover, and the at times melancholy tone regarding the new mundanity of the Atlantic in the age of global travel and global warming (of which Winchester is lightly skeptical, adopting an unfortunately cavalier posture that is a rare sour note in the book). But who can resist the evocativeness of Winchester's nostalgic ode to good old-fashioned oceanography, a place and time before "the knife-sharp winds, the smell of fish and Stockholm tar, the coils of rope, the flap of sails, the keening of gulls, and the thud of marine engines made way for the hum of machines and air-conditioning and the silky sounds of laser printing." At moments like this, "Atlantic" reenchants an ocean that Winchester argues has lost its magic. And you don't even have to be from Esbjerg to appreciate it.