In Nanning, construction is booming. But what happens when the apartments are all built? 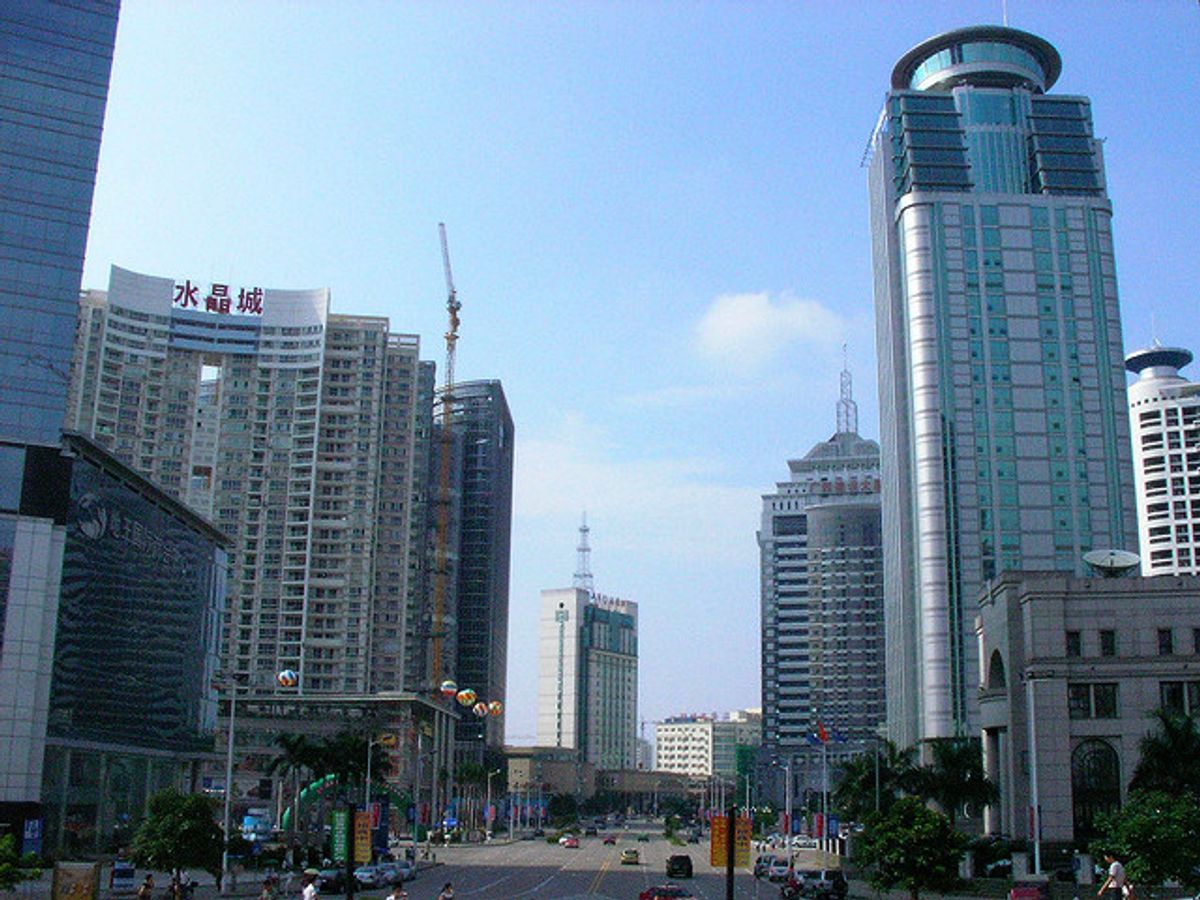 A street in Nanning
--

NANNING, Guangxi Province -- If China, as no shortage of prophets of doom will argue, is in the middle of a runaway property bubble destined inevitably for a ruinous explosion, then the southern city of Nanning might be one of the first places where the carnage hits. Guangxi, located just north of Vietnam, has historically been one of China's poorest provinces. According to locals, the construction boom that started sweeping through China's eastern coastal regions decades ago only began to take off here in 2004.

But take off it did. Nanning is in the middle of a building frenzy that beggars description. New and half-finished apartment buildings rise everywhere -- the horizon is dotted with construction cranes in every direction. Traffic on the streets appears primarily divided between swarms of motorbikes and trucks carrying construction materials to and fro. The urban center of Nanning boasts a population of around 2.5 million, but seems to be preparing for an influx twice that.

At first, the visitor is only awed by the activity. The sultry periphery of Nanning is a long way from the center of imperial Beijing, but the transformation being wrought in a short number of years is just as phenomenal, maybe even more so. When you multiply it in your head against the rest of China -- a country with more than a hundred cities with populations greater than 1 million -- the truth of China's astounding economic growth becomes manifest.

But then it sinks in. Visually, the construction of new housing appears to be the main game in town. What happens when it stops?

Government officials pin hopes for Guangxi's future economic growth on trade with the Association of Southeast Asian Nations (ASEAN). China and ASEAN have signed a free trade agreement and exports and imports are both rising rapidly. (China, as a whole, has a trade deficit with ASEAN.) On Thursday, we visited a sleepy state-owned automobile factory that manufactured cheap "walking" tractors (souped-up Rototillers) and trucks that might have looked cutting-edge in 1950. Its biggest market, by far, is Vietnam.

But as one employee of the factory told me, the primary force pushing Guangxi's economy forward is housing. In fact, the land upon which the factory was situated had become so valuable that the company was planning to sell it and move to another location -- that was the primary business development plan!

Pessimists argue that the inevitable end of the construction boom will bring the great China growth miracle to a screeching halt. Optimists contend that the myriad new housing is barely getting built in time to absorb a massive migration from the countryside that completes China's transformation into a primarily urban society and avoids, on purpose, the emergence of slums and shantytowns.

This pell-mell race to build toward the sky is all part of the plan, in other words. Without question, the government is far more concerned about the potential of a disastrous crash, and far more proactive in tweaking the system to avoid that outcome, than the United States government was during the height of its housing boom.

One government official we spoke with on Thursday, representing the Guangxi Ministry of Commerce, apologized to us for the fact that the building we were meeting in had "only been built in 1995." If you want to know what 10 percent economic growth, compounded annually, looks like, a visit to the city of Nanning offers a visceral introduction. But it also sounds a warning bell.

Whether or not Nanning has already overbuilt is a debatable question, but it seems impossible to imagine that the city could sustain a building boom at this rate indefinitely. For China to keep growing, it will need more manufacturing, more trade and more domestic consumption. Managing that transition smoothly as the housing steroid boost subsides will be an amazing challenge. Building a skyscraper, one senses, is a lot easier than modernizing a tractor factory.