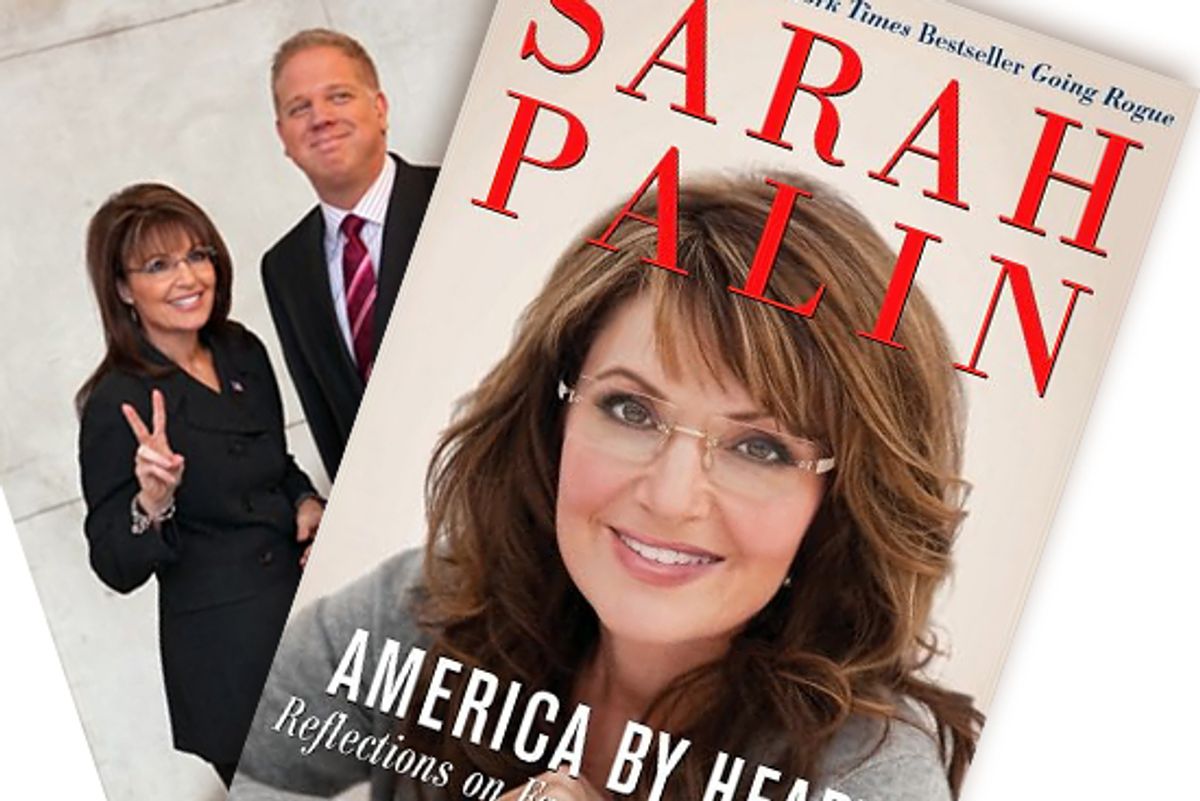 Sarah Palin's second book is due out next week. It is called "America by Heart: Reflections on Family, Faith, and Flag," although if the leaked excerpts are any indication a lot of it seems to be "reflections on stuff Sarah Palin saw on TV."

Like "American Idol," which is a symbol of decadent liberal elitism. And, for some reason, "Murphy Brown," because inviting Dan Quayle comparisons is a really good idea. And the films "Knocked Up," "Juno," and "The 40 Year Old Virgin," which Palin likes because they are pro-marriage and pro-babies, even though godless Hollywood liberal elites made them.

The book is also about how Levi Johnston is still a craven, awful monster. And babies Tripp and Trig are still little accidental angels that everyone is very happy were not aborted. And the Tea Parties are good and Michelle Obama is an awful, embittered reverse-racist.

Besides the requisite airing of personal grudges, the book seems wholly indistinguishable from an effort by any randomly selected right-wing radio host.

The book tour begins Nov. 23. And because the excerpts ended up on liberal, anti-Palin sites, Palin is very upset.

The publishing world is LEAKING out-of-context excerpts of my book w/out my permission? Isn't that illegal?

Would that it were illegal to report on the intellectual output of Sarah Palin, political commentator and social critic! Politico would be a lot thinner every weekday.