The myth of "independent" voters

Understanding the all-powerful bloc that Democrats are chasing, self-destructively. Plus: A break until January 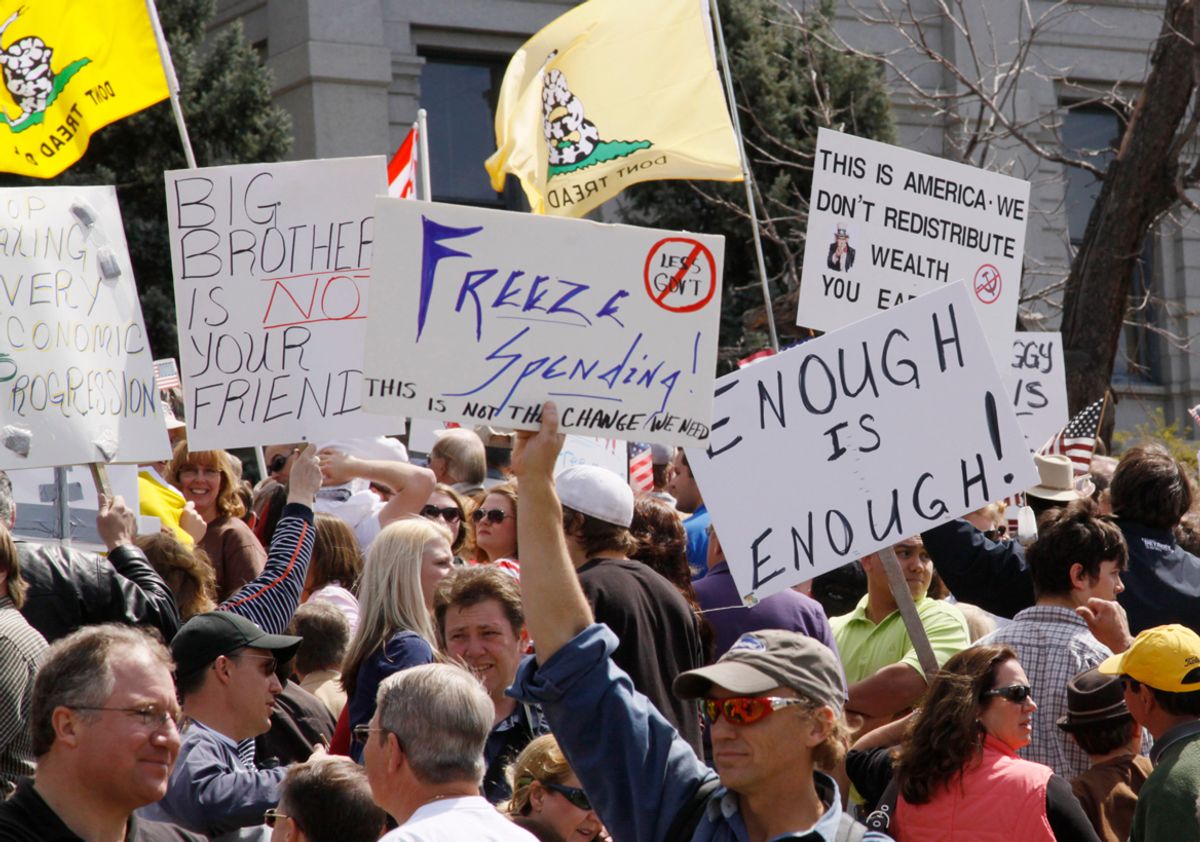 There is no good time to take a writing break, and this tumultuous post-election period is terrible, but I'd booked an end of year "vacation" to get a jump on my book. I'll leave you with a few last thoughts about 2010.

Democrats continue to draw the wrong lessons from the party's shellacking -- that they must move to the center and court independents. The Washington Post reports that the Obama team is "deeply concerned about winning back political independents, who supported Obama two years ago by an eight-point margin but backed Republicans for the House this year by 19 points. To do so, they think he must forge partnerships with Republicans on key issues and make noticeable progress on his oft-repeated campaign pledge to change the ways of Washington."

But the invaluable John Judis looks at the data behind so-called independents and their voting patterns in the last several elections, and he finds what I said on "Hardball" Monday: Many of them are IINOs -- independents in name only. Only about one-third are true swing-voting nonpartisans -- and many turned out to be Republicans scandalized by the Bush "brand" who went back to their party, predictably, in 2010.

But another interesting footnote is the way the composition of that "independent" vote changed in 2010. Many independents who voted in 2010 didn't turn out in 2008 or 2006, so pollsters are clearly comparing apples and oranges when looking at these three volatile elections. But a Pew Survey of self-identified independents this year divided them into four groups: Shadow Republicans, Disaffected Republicans, Shadow Democrats and Doubting Democrats. The two "Shadow" groups had much in common -- they tended to be white and affluent and unlikely to declare a party affiliation because they think of themselves as, well, independent -- and yet they pretty reliably vote with one or the other party. The other two groups, Disaffected Republicans and Doubting Democrats, also have much in common economically -- they are overwhelmingly white, not college educated and most make less than $75,000 a year. They tend to swing back and forth to support the party they perceive as helping them economically -- or to punish the party that hasn't.

This year's independent cohort also included more white working-class men and women, whose allegiance has eluded Obama since the 2008 primaries. Their doubts were too often dismissed as racism two years ago, but there's always been evidence they're open to populist appeals -- and to real assistance in this economic crisis. Judis concludes:

"Yes, Obama does have to pay attention to those white working-class voters who shift uneasily from one party to the other, but the way to win them over is to get them jobs--and if that fails because of Republican obstructionism, to make sure that these voters blame the Republicans not the Democrats and his administration for the result. If he can't do that, his only recourse may be to get on his knees and pray that unbeknownst to most voters and many economists, a strong and buoyant recovery is about to begin."

One thing we know for sure: More futile attempts at bipartisanism and "changing the tone" in Washington, combined with rolling over on tax cuts for the wealthy and indulging the anti-populist deficit-cutting ideas of Erskine Bowles and Alan Simpson, could make 2010 look like good times for the Democrats.

So that's my last word -- barring some unforeseen big news -- until January.