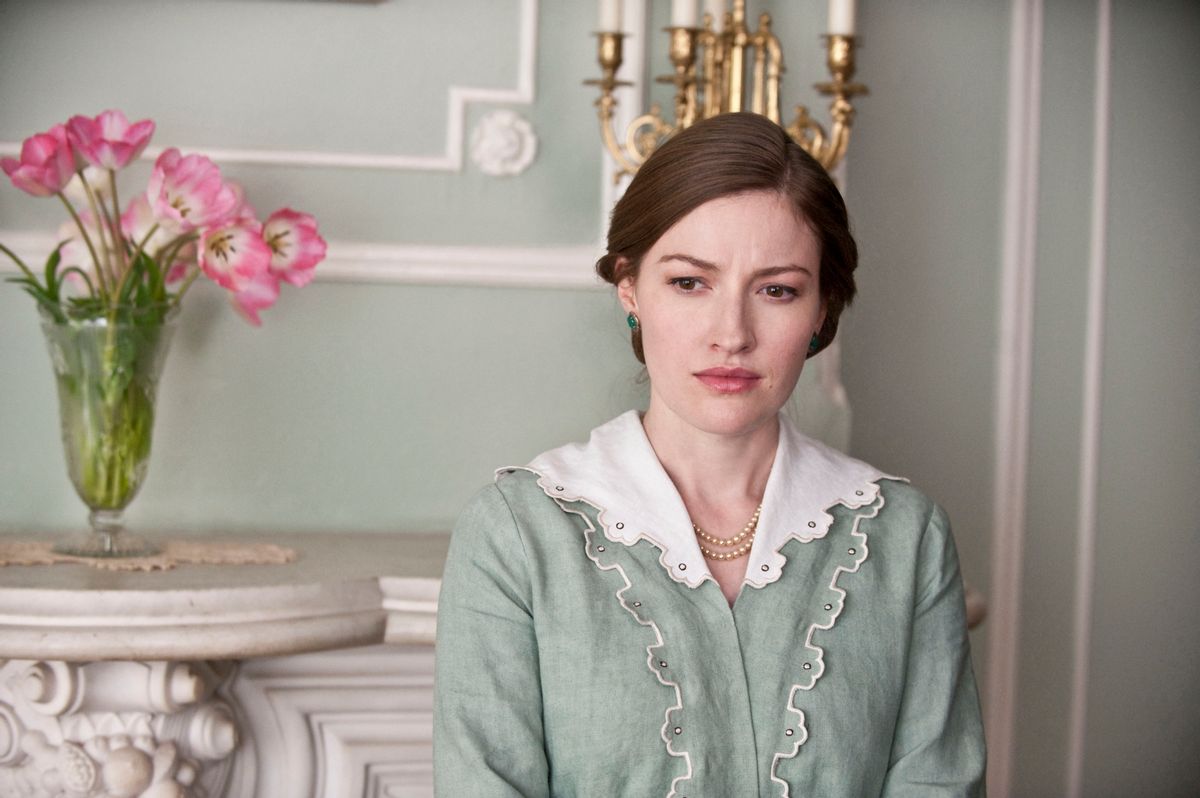 As "Boardwalk Empire" heads into its home stretch — two episodes left! — the long-simmering mixture is coming to a boil. The key thread in "The Emerald City" is Nucky’s decision to move against the D’Alessios, with the help of the defecting Mickey Doyle. Having blown his chance at betraying Nucky Thompson, Mickey wants to try his hand at selling out Arnold Rothstein, who’s using the D’Alessios to get Nucky out of his way.

Mickey tells Nucky that Meyer Lansky’s attempt to buy off Chalky White (who, let’s not forget, took Mickey’s place after Nucky cashiered him) was a ruse to determine the size of Chalky’s operation. The idea is for Chalky to play along, overstating the amount he can handle so that all of the D’Alessios show up, and then wipe them out in one swift blow. But the D’Alessios’ loose lips and Chalky’s rage derail the plan. During their initial meeting, one of the D’Alessios, flush with excitement over their bogus deal, tells Chalky they’ll make him rich enough to own "a Packard for every day of the week." Perhaps Chalky’s figured out by now that the young man who was lynched while loading Chalky’s car was meant to be him, or perhaps he’s just put off by their gloating familiarity, but it’s enough to start the wheels turning, and fast. Next thing you know, the three men are tied up on their knees, and a short while later, the two D’Alessios are dead, leaving Meyer Lansky to report back to Rothstein. (Incidentally, the scene demonstrates the wisdom in Terence Winter’s contention that using too many historical figures robs the story of tension. Even when there’s a gun pointed at Meyer’s head, you know he’s going to survive; he still has to become Meyer Lansky. Same goes for Nucky’s promise to make Rothstein "the richest corpse in New York.")

In the first scene of "The Emerald City," scarred war veteran Richard Harrow dreams himself whole, reaching out to a woman on a beach. But his face turns to the familiar one-eyed mass as he is awakened by the screaming of Margaret Schroeder’s daughter. Awakenings, rude and otherwise, prevail this week. In Chicago, Al Capone learns that it’s time to stop acting like a punk; first, his boss Johnny Torrio upbraids him for putting explosive loads into his cigarette, and then an elderly Jew at a gangster’s bar mitzvah advises Al to put on a yarmulke, rather than wearing "the cap of a boy."

In Atlantic City, Jimmy and his family walk by the photographer’s studio and his son points to a picture of the owner and his wife in the window: "That’s mommy’s kissing friend." The boy means the wife, of course, but Jimmy goes straight for the husband, dragging him out onto the boardwalk and beating him with his own tripod. (Note that Jimmy tells Angela to "ask your son" when she asks what’s wrong, a callback to Jimmy’s fears about his own paternity.) It’s a false wake-up call for Jimmy, but a real one for his wife, and the photographer’s as well. As the photographer mends his broken bone, his wife regales Angela with tales of bohemian, sexually liberated Paris, where two female "kissing friends" can live in relative peace.

With woman’s suffrage finally ratified, Margaret takes Nucky up on his offer to act as distaff power broker, introducing his favored mayoral candidate with an inspirational speech that’s more impressive for its utter disingenuousness. As she takes her seat on the dais, she bathes for a moment in the glow of her accomplishment, but then she spies Nucky at the back of the room, laughing loudly with his political cronies as Nucky’s puppet drones on. That is where real power lies, not in speeches.

Agent Van Alden, meanwhile, is forced to realize just how fragile is his delusional worldview. Still blind to Sebso’s bumbling betrayal — Erik Weiner plays his post-shooting debrief wonderfully, looking like a chagrined child as he says the killing of a key witness will "haunt me the rest of my days" — he feels his tenuous authority slipping away, and so he makes a desperate play for Margaret’s affections. He worms his way into Nucky’s love nest and holds out a photo as if he’s questioning a witness, but the woman he wants Margaret to identify is herself an unblemished teenager taking her first steps on American soil. "When I look at this girl," he says, crazy-eyed, "I see hope. Yearning. The promise of a new life. The promise of America. What happened to that girl, Mrs. Schroeder?"

The answer is simple: America happened to her. Margaret has managed to reinvent herself, but only by abandoning her ideals, the innocence that Van Alden sees in that long-ago picture. (Considering that he knows that, at 16, Margaret had already had her first miscarriage, he’s deluding himself even there.) When she was naive, she was abused, her unborn baby killed by her drunken brute of a husband. Now, she has power and status and even the vote, but with each week, she sees more clearly the morass of corruption and deceit that makes the country run. Prohibition has strengthened it, and in Atlantic City it doesn’t bother to hide, but Nucky’s trip to the Republican National Convention made it clear that these are only amplifying and not transformative factors. The America of which Van Alden speaks doesn’t exist, and if it did, he wouldn’t be welcome there.