"The A-List's" Rodiney Santiago is confused, self-conscious, hard to understand -- and endlessly fun to watch 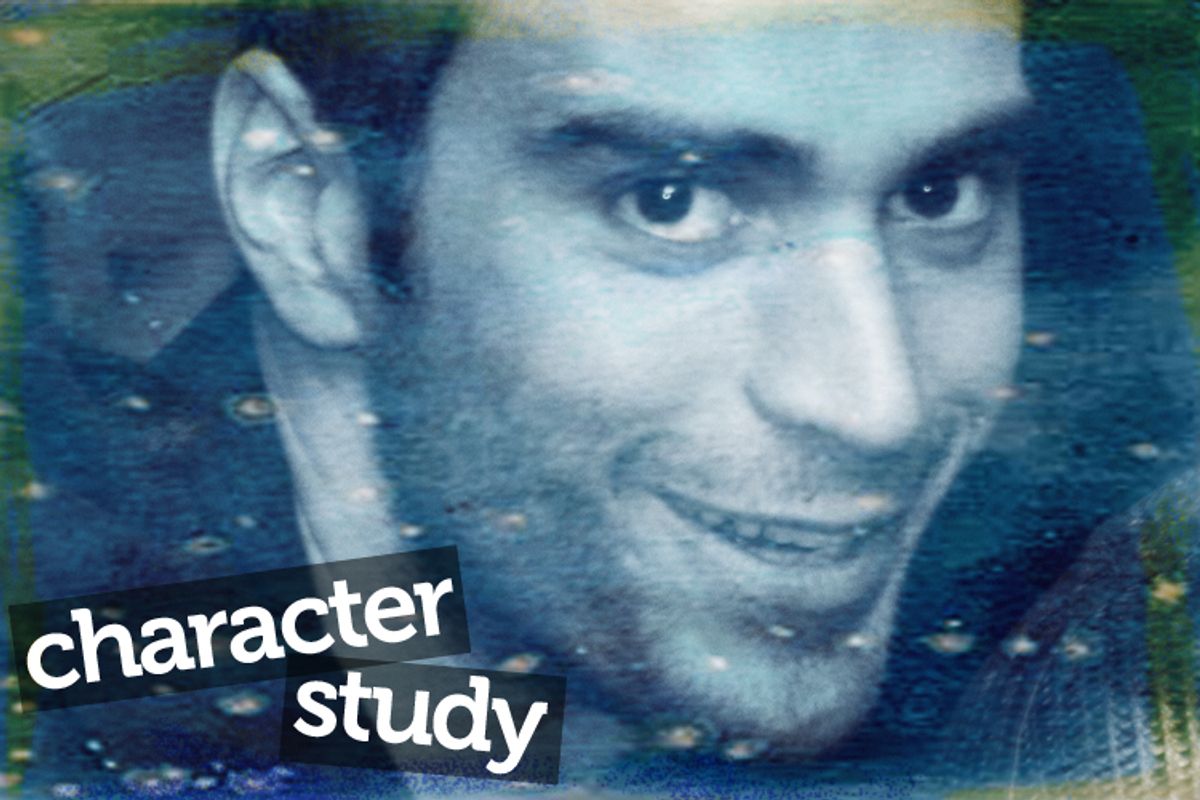 On last week's episode of "The A-List," Logo's reality show about a group of bitchy gay men living in New York City, the violence that had been bubbling for weeks finally came to the surface. The setting: the empty basement of a restaurant. The conflict: Reichen Lehmkuhl, former "Amazing Race" winner, had just told his costars that he was planning on staying together with his Brazilian model boyfriend, Rodiney Santiago, and that he was asking for their support in the endeavor. (Rodiney, who was sitting nearby, had recently freaked out over Reichen's alleged infidelity.)

But Austin, a faded model and ex-lover of Marc Jacobs, wouldn't have any of it. He began screaming at Reichen that his support was "not happening" and flinging his hands around wildly in outrage. Moments later, a lumbering Rodiney stood up and threw a drink on Austin's T-shirt -- in the awkward way that a nerdy teenager will throw a baseball in gym class. By the end of the segment, punches had been thrown, Austin had been kicked out, and Rodiney was nursing a black eye with a bag of ice.

It's the kind of scene that could easily have played out on any number of reality shows, from "Real Housewives of Atlanta" to "Jersey Couture," but, in this case, there's one thing that makes it particularly noteworthy: poor, poor Rodiney Santiago.

In recent years, the growth of specialty channels -- and the rise of niche reality shows -- means that there is probably more bad television out there these days than there has ever been in the history of the medium. "The A-List" fits squarely into that category. The show follows a group of supposedly "important" gay men (its cast includes a Botoxed high-end hairdresser, a collagenated modeling agent, and a celebrity photographer). It's about as representative of New York gay life as "Harry Potter" is of being a British teenager -- and everything, from its editing (scenes are clearly cobbled together from lots of incongruous snippets of dialogue) to its locations (most of its confrontations are filmed in conspicuously empty restaurants) to its consistency (the subjects' outfits are subject to constant, random change during interview segments), is contrived.

But the shoddiness of the show is actually sort of wonderful, if only because it reveals Rodiney's extraordinary ineptness as a reality TV character. Rodiney, as the show explains, is a Brazilian model who has been living in Miami. He met Reichen Lehmkuhl (ex-boyfriend of Lance Bass) while Lehmkuhl was vacationing in Florida seven months previous, and the two have been together ever since. In the first episode of the show we are introduced to Rodiney during the pair's romantic Hudson River Cruise. As Reichen explains in voice-over, Rodiney has just moved to New York and is trying to make the transition from swimsuit modeling to high-end fashion. This is helpfully demonstrated a few moments later when the two take pictures of each other in front of the setting sun with camera phones.

"Maybe my profile because it's, you know, my face," says Rodiney, giving instructions in front of the New York skyline.

As we soon learn, Rodiney does not speak very good English. In fact, his English is pretty much atrocious. All of his lines are subtitled. He mixes up tenses, and, in times of particular stress, seems to throw out random jumbles of words that don't actually make any sense ("the my feel like hurt and my try to ... [long pause]").

On "The A List" this is especially jarring, because the show's other  participants have so clearly perfected the kind of dramatic dialogue delivery that's expected from reality show stars. Ryan, the hairdresser, says things like, "I consider it very A-List to have a personal designer on speed dial." He finishes each line with a pout, and a slight head tilt. Derek, a spray-tanned modeling agent who moans that he hasn't "been in love for over a year," punctuates all of his statements with dramatic pauses and a roll of his eyes. Rodiney, on the other hand, will deliver his interview lines with either the enthusiasm of a fifth-grader trying to please a teacher, or with a look that mixes perplexed concern and utter terror and suggests he'd just been harshly chastised by the show's producers for saying something stupid. Like when he declares, proudly, in the show's sixth episode, "I'm not going to go home tonight. I'm not going to sleep in his bed [beat, proud posture]. And I'm not going to judge his modeling contest."

And while Rodiney appears to be aware of the fact that he is on camera, he doesn't seem to understand the level of play-acting required from the medium of reality TV. In the first episode, he seems to be inordinately confused, even for somebody for whom English is not his first language. It's clear from the get-go that the producers are angling to pit Rodiney against the younger, sassier Austin in the battle for Reichen's heart. When Reichen brings up the fact that he'll be having a private dinner with Austin, a look of hurt and confusion flashes across Rodiney's face that seems so genuine that it's hard not to feel very bad for the man -- and it actually makes you think he walked onto a reality show without having even the faintest clue of what to expect (something that Mike Albo pointed out in his review of the show on Salon).

When other cast members try to corner him about his relationship, he demurs, in visible discomfort (and scattered English): "Nothing I can tell you about my relationship, it's between me and Reichen." Later on, he storms out of a dishy brunch because, "I'm tired of talking about [Austin]." The producers spin it like he's angry about Austin's relentless bitchiness -- but it seems like Rodiney mostly just didn't understand why people were talking about Austin. In recent episodes, there are signs that Rodiney's savviness is growing (like when he went on a long tirade about the "fakeness" of New Yorkers), but his overall demeanor remains far more uncomfortable and unpolished than any reality TV show character in recent memory.

You could argue that Rodiney's presence and behavior are proof of the shortcoming of the casting -- or, more likely, proof that somebody who makes his living as an underwear model may not be the smartest person out there (a notion further bolstered by his Facebook videos). But I'd argue that a large part of what makes Rodiney compelling, and more than just a figure of ridicule, is that he represents an earlier, more innocent time in popular culture (like a creature from the early '90s). Rodiney's presence pushes at the constructed realities of the show. He may never have a great career as a high-end fashion model, or a future as an on-camera personality, but he's a delightful reminder of the crude and unpolished pleasures that reality TV, in its earlier incarnations, could bring to television.

In real life, most people don't speak in fully formed sentences. They don't pout around like they're in a Revlon commercial. They say dumb things, and overshare, and get confused, and, sometimes, they embarrass themselves in a fight with a former Marc Jacobs model. Rodiney may never be the next Omarosa or Snooki, but without people like him, the genre would be sadly and utterly lost. Just keep struggling, Rodiney, and we'll keep watching.