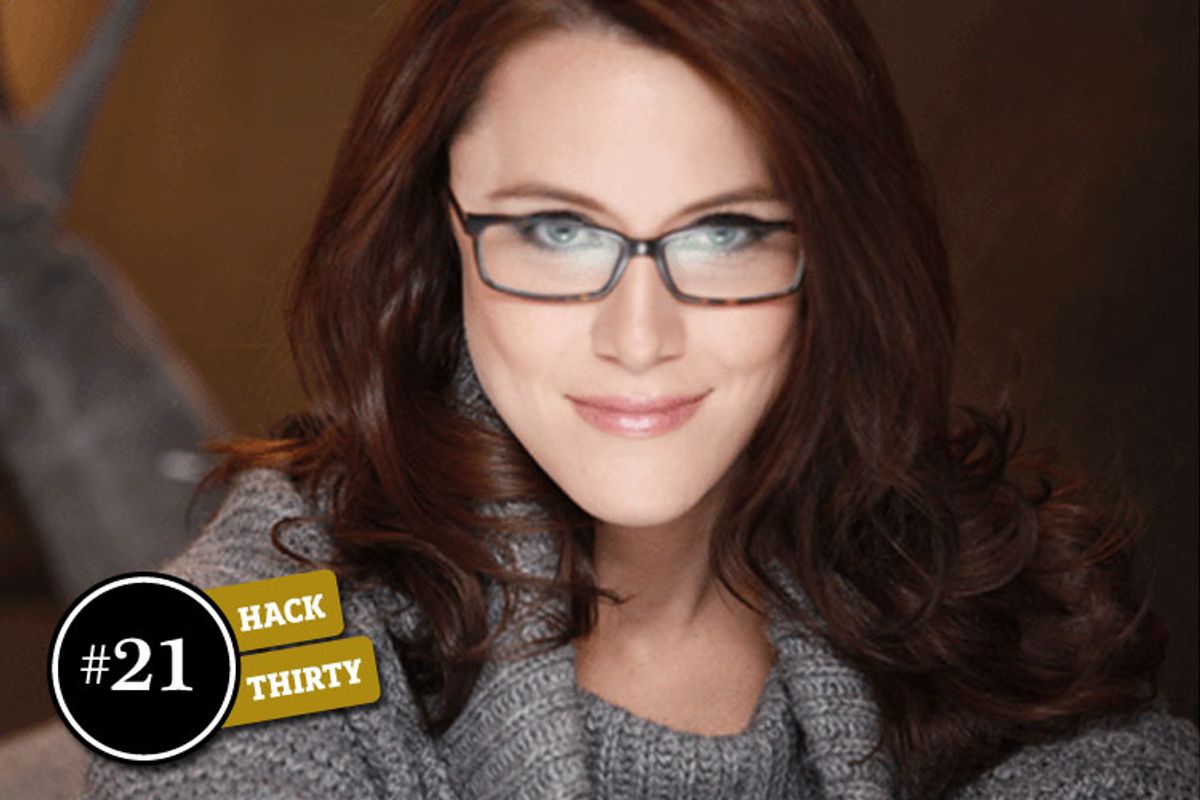 An atheist who wrote a book about the liberal media's attack on "Christian America" (they gave the Narnia movies bad reviews because they hate Jesus), S.E. Cupp is the sort of commentator who'll declare creationism legitimate solely because liberal scientists say it isn't. She's not a moron or a nut, she just declares common cause with them to get ahead in the field of punditry.

The real problem isn't with her shameless book or her boring New York Daily News column. Cupp only pens those by-the-numbers conservative columns for the Daily News ("If I were a Democratic strategist: Dems need to ditch Obama's message -- and swing to the center" and "After Barack Obama, a dose of Hillary Clinton? Many moderates would support the secretary of state") so that there's a media outlet listed under her name when she appears on cable news, which she does relentlessly.

On cable she plays the hip, young Republican girl-about-town -- who also loves hunting! There's nothing a booker loves more than an attractive young woman with the mind of Fred Barnes. After years as a nonentity, Cupp is now inescapable on Fox and even the liberal MSNBC. When Tucker Carlson launched his serious new news website, he picked up Cupp as a regular contributor. Her "diary" is some of the laziest P.J. O'Rourke-indebted humor writing you'll find outside a college newspaper. You are a dumb coastal elite liberal wimp, but she drinks bourbon and shoots shotguns! And lol France! They're all gay! Her "I watch NASCAR" shtick is a degree of magnitude more insulting to Middle America than the usual confused befuddlement with which coastal liberals view the hinterlands. She, not Katrina vanden Huevel, is the one who thinks every resident of a flyover state is a beer-swilling moron. (Cupp was born in California, raised in Andover, Mass., and has degrees from Cornell and New York University. She lives in New York. She totally "gets" Real America way better than you!)

Cupp is proof that being a Young Conservative -- especially a TV-ready one willing to cynically tell the rubes that ignorance is noble -- is a much easier way to make a living than legitimate journalism.

I don’t really care that polar bears may not live to see the birth of my great-grandkids, or that I just shot a deer with my 12-gauge, since it will make for really tasty jerky, and I probably just prevented 14 future car accidents. I would fish every trout out of the Housatonic River if they let me, and grill them up with some lemon and dill. Catch-and-release is for wimps, and nature’s bounty is mine for the taking.