The former cable pundit has a history of thin-skinned hypocrisy 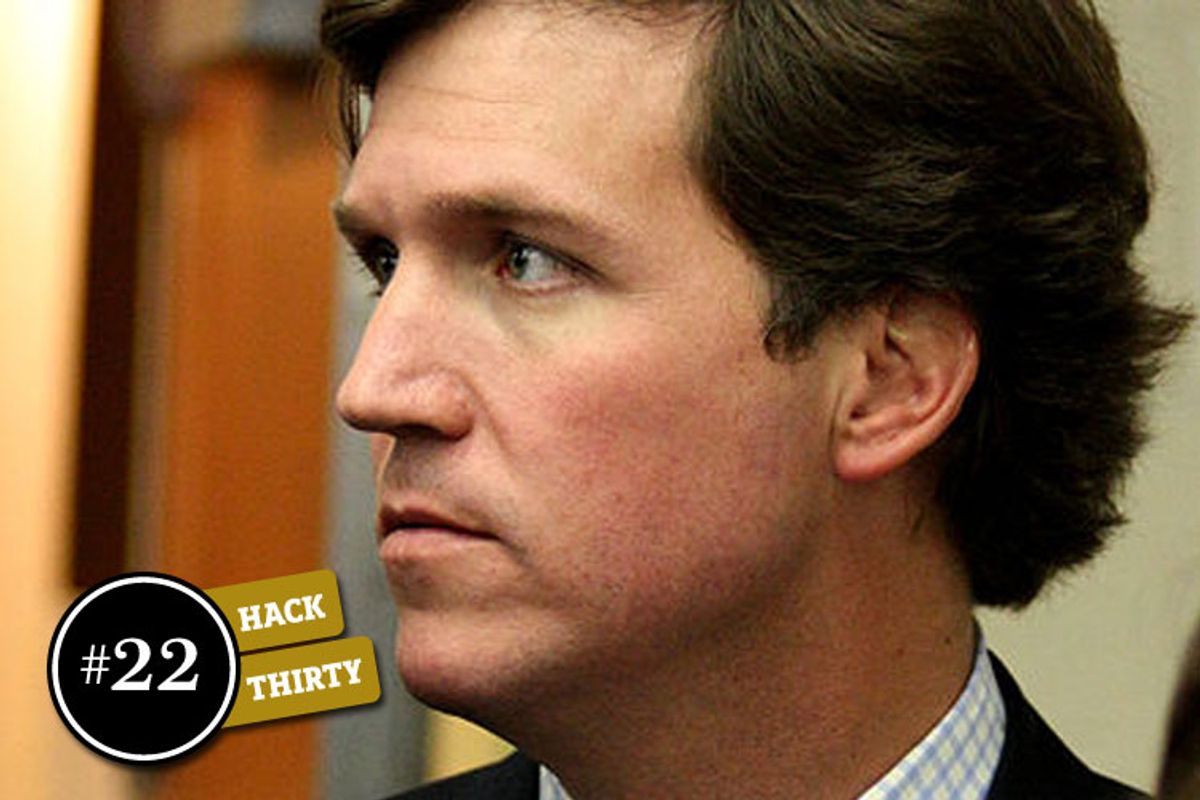 A long time ago, Tucker Carlson was a good journalist. He wrote interesting magazine features with actual reporting involved. TV had a hand in ruining him, but his essential dickishness consumed him.

Full disclosure: Carlson has promised to destroy me. (In those words!) (He also said "I will destroy you" to a video store clerk he got fired for blogging about how Tucker Carlson had opened an account at his video store.)

Carlson is a thin-skinned mess of hypocrisy. He's obsessively protective of his privacy (no crime!) despite coming up as a TV pundit by fixating on Bill Clinton's sexual exploits. He sued to win control of TuckerCarlson.com and then registered KeithOlbermann.com as a stunt. And it's sometimes apparent that he has no clue just how much of a dick he is. He proudly admitted to gay-bashing a dude (Carlson is terribly sensitive about his masculinity), and he's generally a fratty sexist.

After getting fired from all three 24-hour cable news channels, Tucker decided to start a website. It would be a smart website, he promised! With real journalism! Now, a lot of people with better intentions than he have discovered that there's simply no market for "a Conservative Salon." What conservative readers on the Internet want is red meat. They don't want Slate-y challenges to their preconceived notions; they want those notions reinforced early and often. The Daily Caller, to its credit, is not one of Andrew Breitbart's frothing cesspools. It has settled on being more like a low-rent Daily Beast, or HuffPo with poorer standards of reporting and slightly fewer celebrity nipple galleries. But its attempts at actually grabbing the attention that goes to Breitbart's cesspools led to its completely misleading "exposé" on the contents of "Journolist," in which it breathlessly misrepresented random e-mails from bloggers as proof of a liberal media conspiracy. In a shameless editor's note, Carlson said the stuff his reporter had been treating as a smoking gun was actually mostly "banal."

No one on either side of the aisle takes its "scoops" seriously -- and Tucker remains exceptionally thin-skinned when people point out his failings.