The longtime media reporter and walking conflict of interest 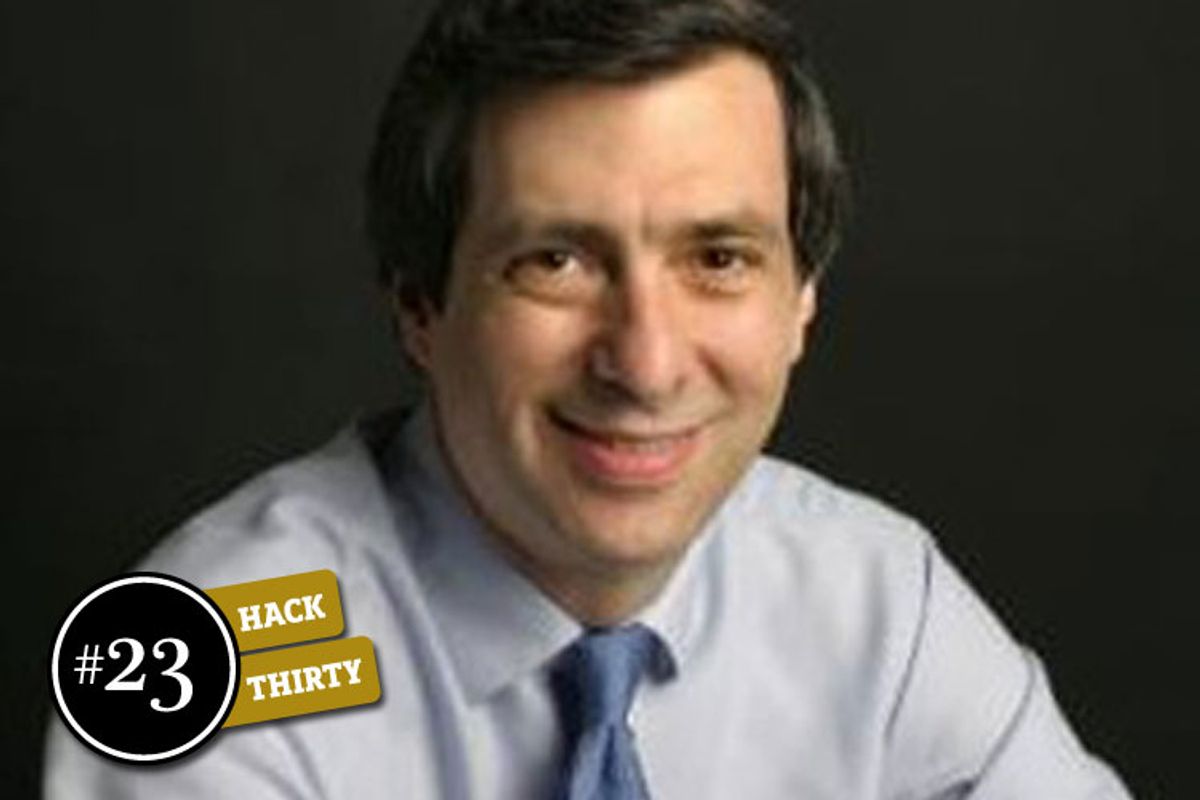 Longtime media reporter Howard Kurtz used to be cool -- see Moe Tkacik's report on his '90s media reporting for proof -- but the aggressive vacuousness of the '90s media and the rise of the Internet seem to have broken his critical thinking abilities. Where he used to both ask and attempt to answer difficult questions about the failures of the press, he now pointedly refuses to have a point, and he fills out his lengthy columns with faithful accounts of what various people on "both sides" say about either issues of import or the latest stupid outrage. (And sometimes he'll just explain that there are funny videos about politics on something called the YouTube!)

His Media Notes columns for the Washington Post were just lengthy recaps of what bloggers said about things and while he often enjoyed policing journalists for potential conflicts of interest, he never addressed the fact that the Post's media reporter was a paid employee of Time Warner's CNN, where he hosts a media chat show. (He'd mention it, sometimes -- but he never really explained why it was OK for him to be paid by one of the major players on his beat.)

After years of working for the Post had stripped him of anything interesting to say, Tina Brown snapped him up for her exciting Web venture, the Daily Beast. But working on the anything-goes Internet didn't change Howie! His last two columns were exclusive interviews with Fox News president Roger Ailes, in which Kurtz faithfully transcribed what the crazy old man had to say.

Repeat offenses (via, again, Moe Tkacik): "[F]atuousness, near-religious myopia, imperviousness to basic comprehension, dogged almost-Confucian commitment to churning out colorless text in such reliably prodigious volume every single gosh darn bleeping day that any of his editors who are not in a coma already are probably still too overwhelmed combing it all for copy editing errors to notice how extraordinarily awful he is ..."

Representative quote: "In the month since CNN's Headline News replaced its prime-time news updates with talk shows, Nancy Grace has pumped up both ratings and controversy."