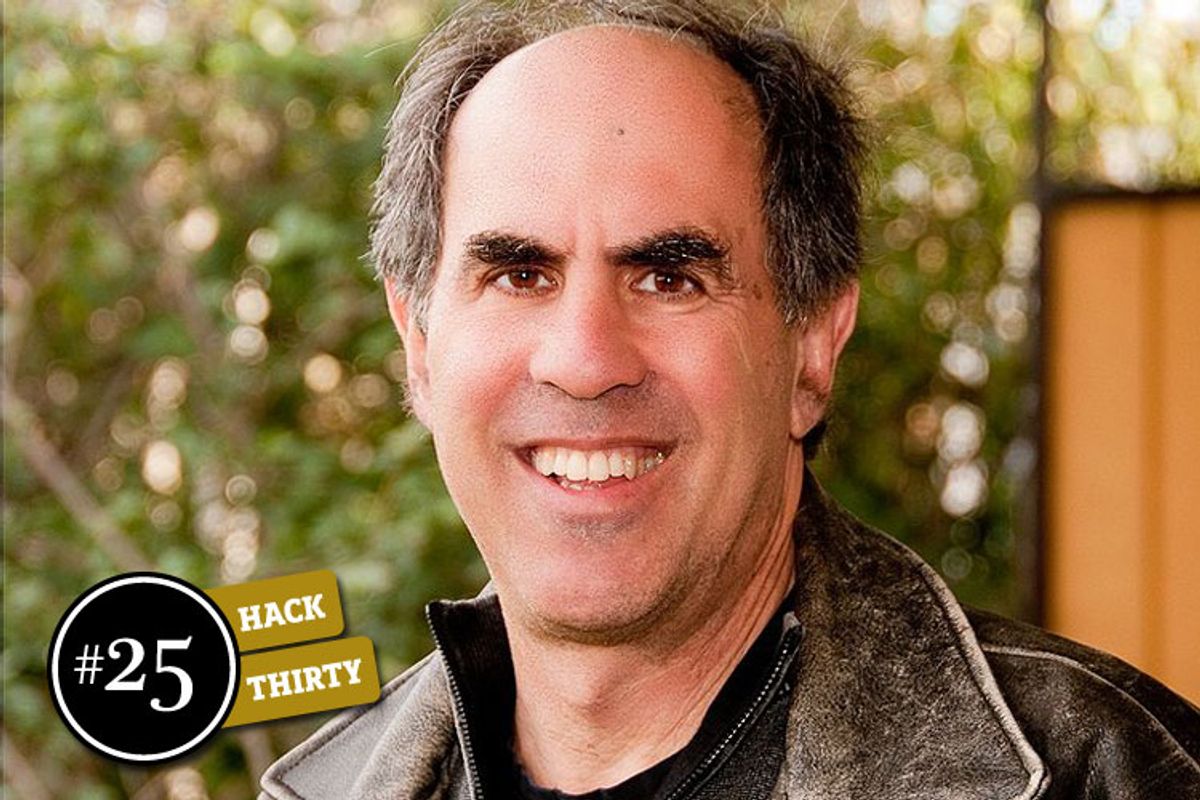 Mickey Kaus has been blogging about politics for what feels like 100 years (at Slate for most of that time, until he decided to run for office at around the same time that the editors realized he was disastrously overpaid) and in all that time he's never stopped claiming to be a Democrat despite his obvious hatred for the Democratic Party and all of its horrible supporters and politicians.

His blog is incomprehensible to anyone who hasn't been reading him since at least 2002 (but preferably since the beginning). His cynicism about the process and the motivations of every political actor make him sound very smart and insidery but when he stumbles into a bit of astute analysis he obscures it with his usual more-contrarian-than-thou posturing. (Did Michelle Obama go on vacation because she had a fight with Barack? Who knows, but it sounds like something an insider might say!)

Kaus is part of the wave of early political bloggers -- like the tirelessly disingenuous Glenn Reynolds -- who largely haven't noticed that they've been replaced on the left by technocratic wonks and on the right by nutjobs like Andrew Breitbart. (Though perhaps Kaus has noticed -- it would explain why Ezra Klein seems to enrage him so.)

Mickey obscures his beliefs in 100 layers of obnoxious gnomic in-jokes, but his reflexive hatred for unions and immigrants colors nearly every post (when he's not complaining about the L.A. Times). Unions and immigrants are responsible for stagnant wages, the jobs crisis, the failure of G.M., etc., etc.

"Obama by double digits" in N.C.: Predicted by a blogger using a sophisticated model that ignores ... what's been happening in the campaign. Like Rev. Wright. I predict this person is wrong! ... Update: He was right. ... [via Insta] 9:27 P.M.