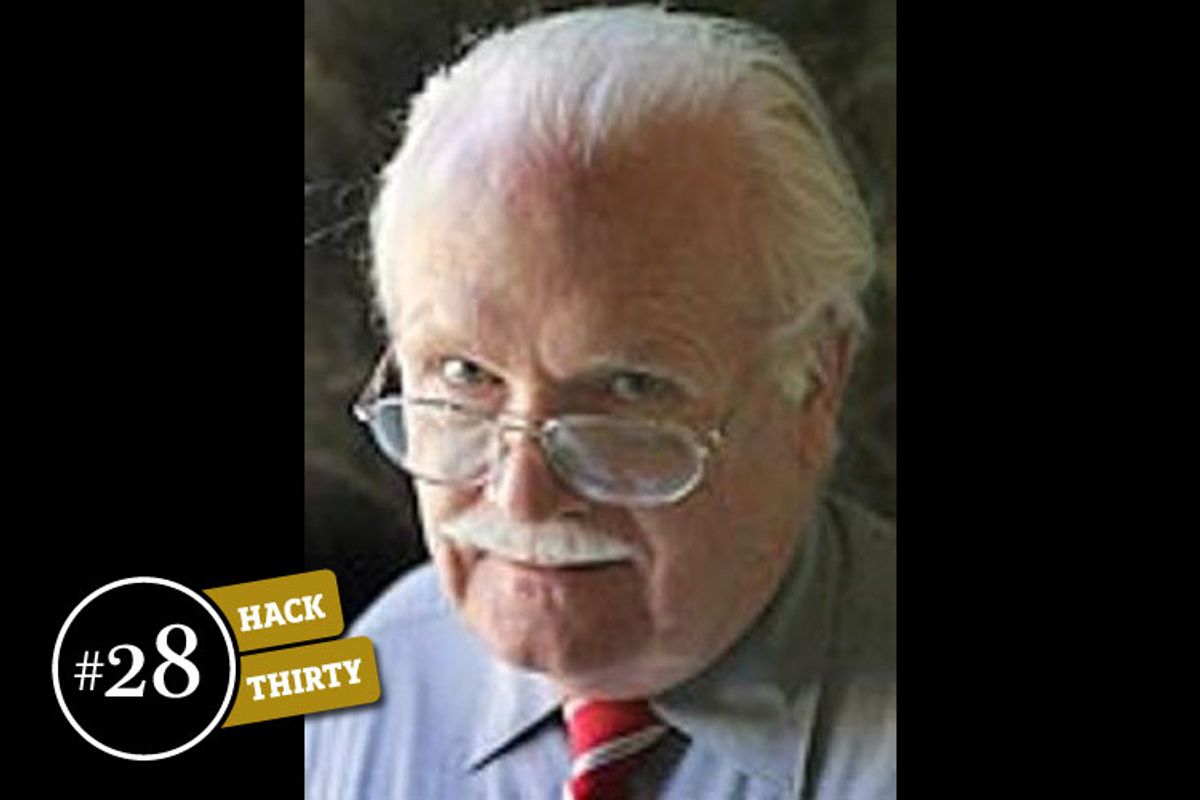 Andrew Malcolm is a political blogger for the L.A. Times, where his job is to craft every story in such a way that maximizes its chances of getting linked to by Matt Drudge. He is the primary editor of the Times' Top of the Ticket blog, which does not advertise itself as a conservative blog. But editor Malcolm is a former Laura Bush press aide and contributor Jimmy Orr was the "E-Communications Director" for the Bush White House.

Malcolm's snide disdain for every living liberal politician and media member would probably be no big deal if it weren't for the fact that he's the editor of an ostensibly objective L.A. Times news blog, not some punk writing for the Weekly Standard or BigGovernment.com. Malcolm notoriously finds poll numbers newsworthy only when they're good for Republicans. He's a reliable Sarah Palin apologist. But, again, his biggest crime -- besides his official portrait -- is that the Times allows him to masquerade as a regular news blogger instead of your bog-standard right-wing crank.

The notorious and formerly funny movie director Woody Allen is apparently frustrated with the cumbersome operations of American democracy too.

The one-time-father-now-husband-of-his-daughter tells the Spanish-language magazine La Vanguardia that the United States' Democratic Smoker-in-Chief could accomplish a whole lot more from his White House if he didn't have so many disorderly, annoying people objecting, distracting and criticizing him all the time.