The milquetoast New York Times conservative never has anything to say 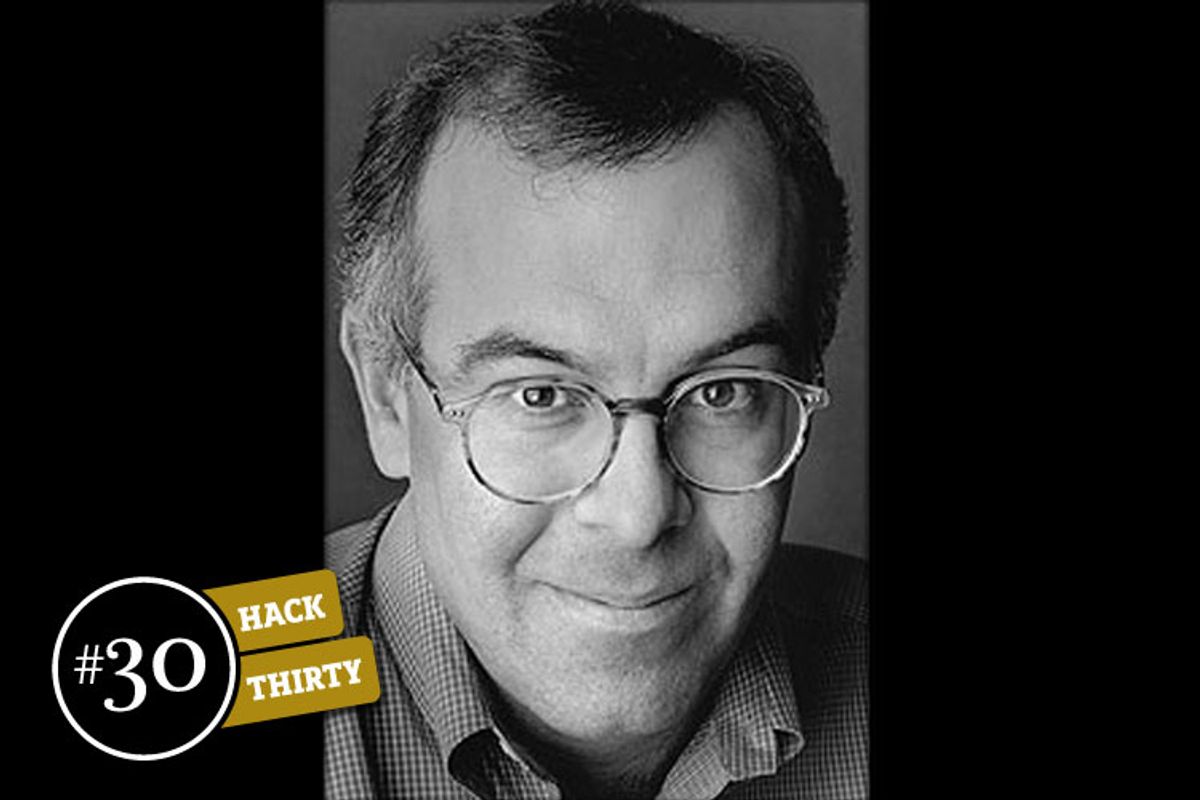 David Brooks has been the "conservative" that highbrow liberal publications love for so long that it's no longer fair to call him a conservative columnist. He rarely touts the superiority of conservative policy ideas, beyond getting briefly caught up in the glorious rush to war with Iraq. He admires Barack Obama and finds Sarah Palin distasteful. But politics has very little to do with what makes Brooks Brooks. He is simply the laziest smart writer on the planet. Even his grand statement, the book that made him a media celebrity and landed him his Times Op-Ed column, was an exceptionally, admirably lazy work.

David Brooks wrote a book called "Bobos in Paradise" about this "new" class of "bourgeois bohemians" who are basically rich liberals. The bulk of the book was a faux sociology lesson in the difference between the coastal elites and Real Americans, who enjoy NASCAR and mow their own lawns and have mullets. The actual "reporting" that went into the book -- bits in which Brooks struggles to spend more than $20 on dinner in the exurbs -- was rather definitively shown to be totally false. But the "truth" of his insights into the differences between blue America (Thai restaurants!) and red America (Applebee's!) was immaterial. Here was a highbrow Jeff Foxworthy joke, and the liberals ate it up.

Brooks is singularly unsuited to be an opinion columnist, because he has no strong beliefs. He shows, rarely, flashes of genuine wit, of critical thinking skills, of acknowledgment of his own ridiculousness. But mostly he just sort of rambles on about kids these days, about how things used to be different, about how the Elites are so out-of-touch.

Occasionally he writes something exceptionally stupid or surprisingly vile, but mostly he just plays his part as a PBS Newshour Conservative.

"The magic is not felt by a lot of people. It's not felt, obviously, by a lot of less educated people, downscale people. They just look at Obama, and they don’t see anything. And so, Obama’s problem is he doesn’t seem like the kind of guy who could go into an Applebee's salad bar, and people think he fits in naturally there."

(Note: Applebee's does not have salad bars.)