Don't forget: Her husband once promised Arkansans that he wouldn't run for the White House 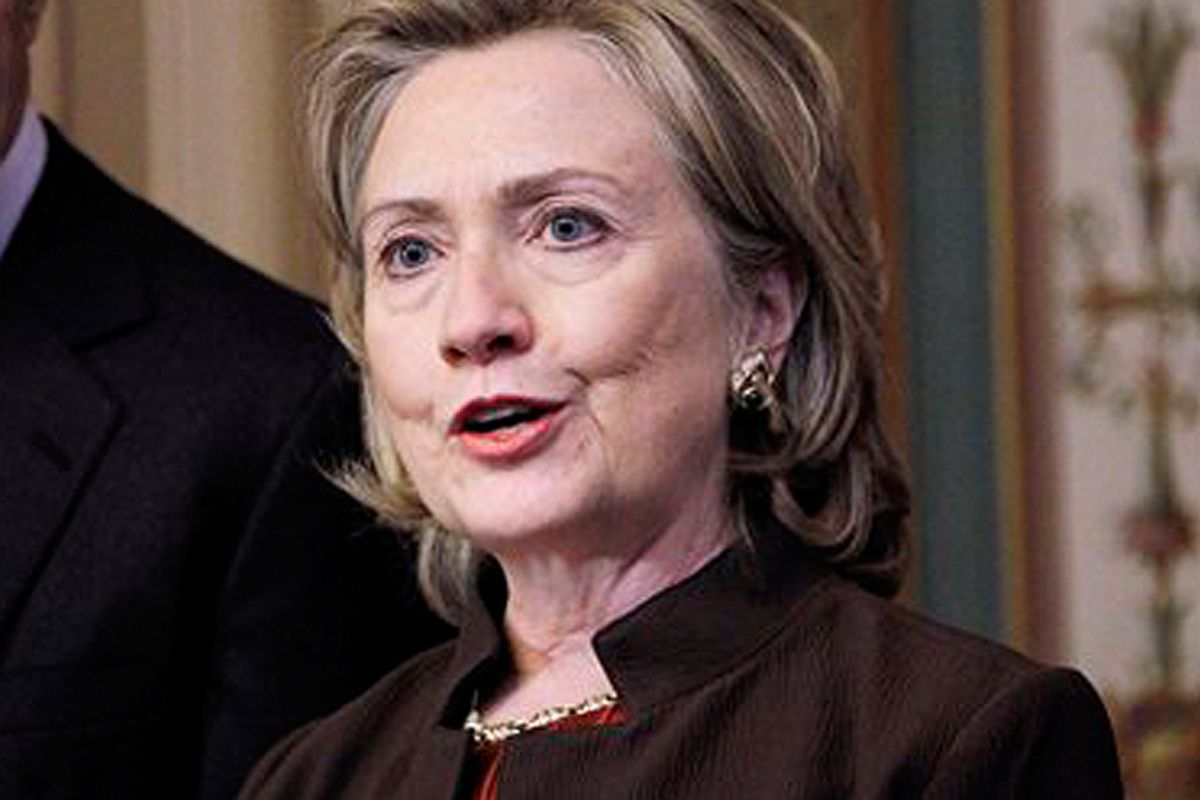 Hillary Clinton, as you might have heard by now, was asked by Chris Wallace on "Fox News Sunday" if she was willing to "categorically" declare that she is done with political office. The secretary of state first replied that she is happy in her current post, which prompted Wallace to repeat his question. Clinton then replied that "I am very happy doing what I'm doing, and I am not in any way interested in or pursuing anything in elective office."

She's been asked this question before and has essentially given the same answer, and she'll undoubtedly be asked it again (over and over) in the next few years and will continue to provide the same response. Every time, as we saw today, her words will prompt a flurry of news stories and plenty of blogosphere speculation about whether she really means it.

Her denials tell us nothing. First, as denials go, they aren't even that strong and absolute. But even if they were, they wouldn't be worth paying much attention to. Her husband, don't forget, traversed Arkansas in the fall of 1990 swearing to the locals that if they reelected him as governor, he wouldn't turn around and run for president in 1992.

Plus, at least from this vantage point, the '16 Democratic nomination looks like hers for the taking. If anything, her standing with Democrats and the general public has improved since the '08 campaign. The only prospect (at least for now) who could even come close to matching her stature would be Joe Biden, who will turn 74 in December '16 -- dangerously close, in other words, to Alben Barkley territory. (Barkley, Harry Truman's V.P., badly wanted to succeed his boss at the top of the ticket in 1952, but party leaders -- organized labor, in particular -- deemed him too old.) It's true that Clinton looked just as dominant a few years before the 2008 campaign, only to be blindsided by Barack Obama, but Obama's emergence was a once-in-a-lifetime phenomenon. This doesn't mean Clinton wouldn't face a real fight for the Democratic nomination, but it would probably be more on the scale of the challenge Al Gore faced from Bill Bradley in 2000, or that George H.W. Bush faced from Bob Dole in 1988.

And it's hard to believe that Clinton, or just about any other one-time White House candidate, would pass on a second campaign if the odds of success were strong. Remember that Dole, in the wake of his '88 campaign -- his second failed White House bid -- was thought to be done for good on the presidential stage. With Bush in the White House, the next open Republican nomination wouldn't come until 1996, when Dole would be 73. After Bush was drummed out in '92, though, there was a clear opening. His V.P., Dan Quayle, was damaged goods; he ended up not even running in '96. Another top-tier prospect, Jack Kemp, badly damaged his chances by breaking from GOP orthodoxy on immigration and campaigning against California's Proposition 187 in 1994. Suddenly, Dole was the clear and obvious front-runner, and he gladly jumped in the race.

It goes without saying that plenty can change between now and 2016. But if the basic dynamic that now prevails on the Democratic side (Clinton with broad and deep popularity and no Obama-like prospect emerging) endures, then it's hard to believe Hillary Clinton won't run again. Not that she'll be publicly copping to that possibility any time soon.