Is the TSA groping for a compromise?

Top official suggests he's looking for a way to make airport security less outrageous; we'll see if he means it 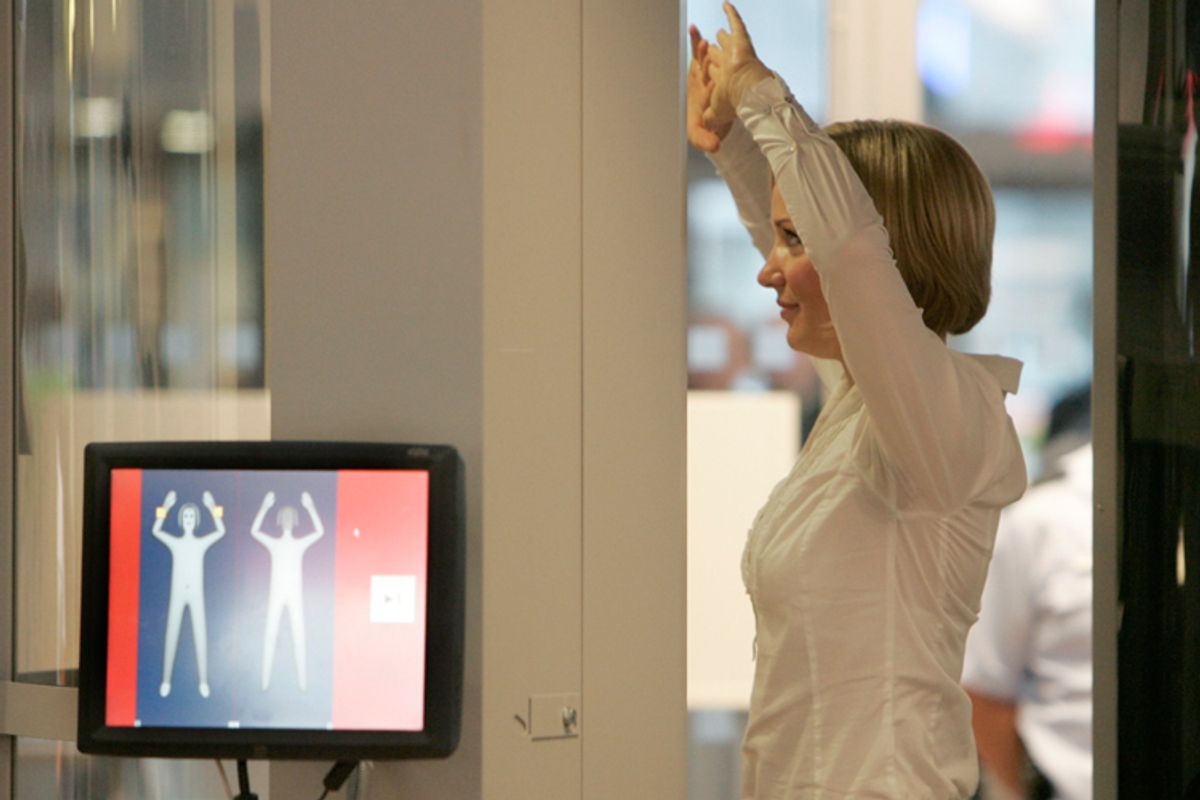 Only a week ago I wondered if the American people -- or at least the portion of us who fly a lot -- had finally discovered a government invasion of civil liberties sufficiently outrageous to get angry about. The answer, regarding the Transportation Safety Administration's requirements that people go through "naked-image scanners" or get seriously groped, seems to be yes.

As recently as Sunday, the TSA's administrator was insisting there would be no change whatsoever in the policy. But this morning, John S. Pistole hinted at changes on NBC's “Today” show, when he said, “We’re going to look at how can we do the most effective screening in the least invasive way, knowing that there’s always a trade-off” between security and civil liberties.

If the TSA really means to back off, that's progress. But we shouldn't be celebrating. The uproar now is only happening because of the newest element in the government's pervasive spying on its citizens: As a blogger who calls herself "Elusis" wrote last week, the intrusiveness and suspicion is not new to a lot of people in this country. What was different this time, she wrote, was that a "white man is the one who was complaining."

She was referring, of course, to the now-famous incident in which software developer John Tyner refused both the porno-scanner and the intimate groping alternative at the San Diego airport. He said he was escorted out of the security area by TSA officials, and then told by another TSA person that he had to undergo the deep checking after all. He refused, and was then threatened by the TSA with prosecution.

If the government goes ahead and takes this guy to court, I'll be first in line to send money to a legal-defense fund. This kind of bullying is a disgrace, and we should all stand behind Tyner if push comes to shove.

The problem is, we haven't been standing behind each other for years now. The Bush and Obama administrations have shown flagrant contempt for civil liberties, but most Americans -- and especially the cowards, of both parties, who represent us in Congress -- have been reluctant to defend the Constitution.

This uproar could have a positive outcome if we start asking serious questions about security in airports (among other places). To date, as experts like Bruce Schneier have repeatedly pointed out, we've engaged in security theater instead of doing the real, hard, nuanced work that it takes to achieve the best we can have while not tossing out the Bill of Rights.

I tend to doubt that the TSA or the administration as a whole have any intention of having this conversation even with themselves, much less the American people. The dismissive comments by President Obama and Secretary of State Hillary Clinton over the weekend were testament to their belief that this anger is fleeting or, at most, epic whining.

They may be right. And that's the truly scary part of all this.

Note: The ACLU has an excellent compilation of your rights (few as they may be at this stage) when you get to the porno-scanner decision. And if you think the groping is demeaning to you, you should understand that at least some of the TSA employees who are forced to be the gropers are not much happier.