The 16-year-old sensation snags 4 awards, including artist of the year 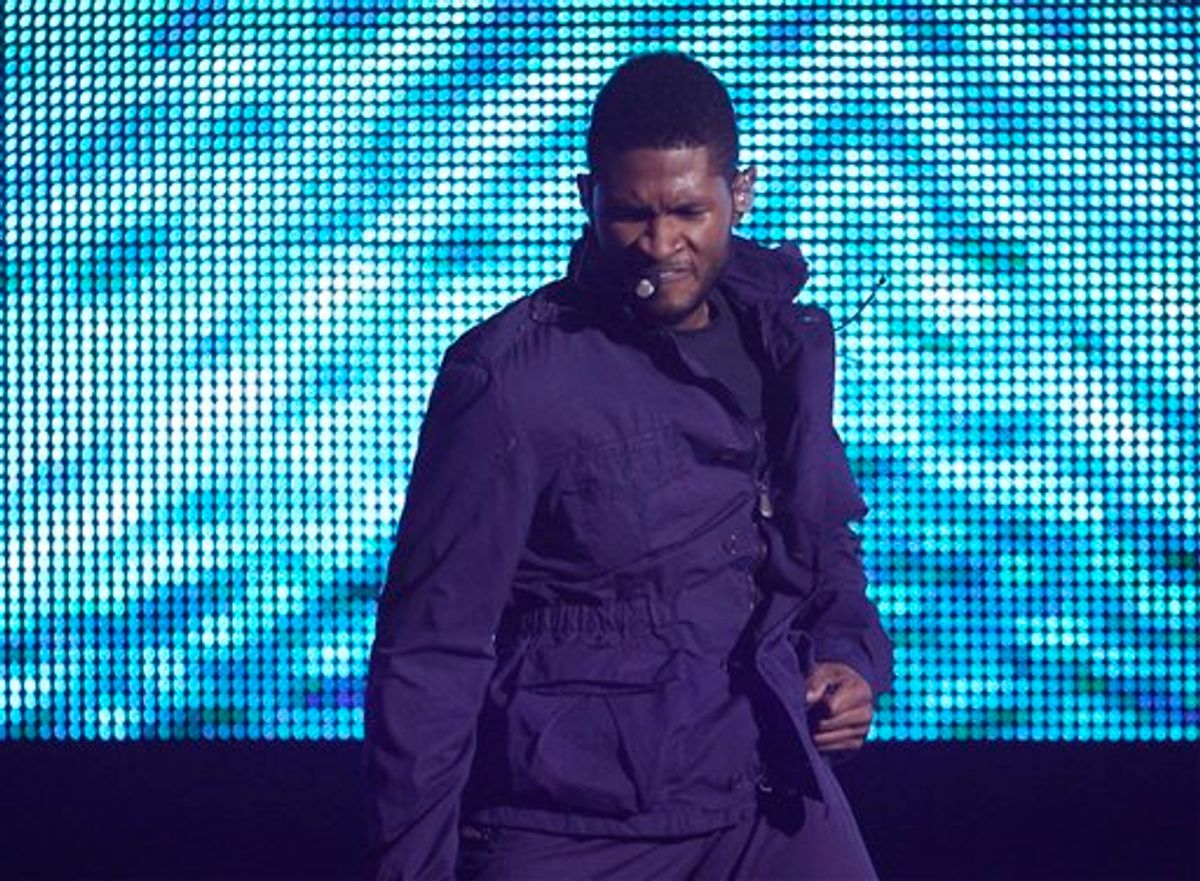 Usher was in tears after losing two awards at the American Music Awards to Justin Bieber, including favorite entertainer of the year, the top AMA honor.

But Usher wasn't upset about his loss -- far from it. Instead, he was welling with pride over the success of his young protege, Justin Bieber, who was the night's biggest winner with four awards and the youngest performer ever to capture the entertainer award.

"To see Justin take the award -- having received that award before -- it was like an out of body experience, you understand?" Usher said backstage. "It was emotional. I don't cry that often, but I did. Hopefully it gives an indication of how hard we worked to build a career that hopefully will flourish and blossom over the years."

Bieber's debut album is one of the year's top-sellers, with almost two million sold, and he's got a new CD, "My Worlds Acoustic," out this week at Walmart. His ascension marks a phenomenal rise since first garnering attention via homemade videos on YouTube about three years ago.

"This means the world to me," said Bieber after winning breakthrough artist. "I come from the smallest town in the world, of like 30,000 people; I never thought this was possible."

Bieber bested mentor Usher and Eminem for two of his wins. Eminem, whose "Recovery" was a critical and commercial triumph, was nominated for five awards on the evening, tying him with Lady Antebellum, who also had a breakthrough year with their near triple-platinum album "Need You Now."

Neither were the night's big winners, but they came away from the night with something: Eminem got two awards, while the country trio won favorite country band, duo or group.

"Thanks for inviting us to the party," said Lady A's Charles Kelley after the win.

Other winners included Black Eyed Peas and Taylor Swift. But Sunday's ceremony at the Nokia Theatre in Los Angeles was as much a showcase for acts with new albums as it was a celebration of the biggest achievers of 2010. While some of the night's winners will likely be nominees when next week's Grammys are announced, the American Music Awards aren't so much a predictor of the Grammys is it is a party for the industry's mainstream acts.

Rihanna, with her hair dyed a ruby red, gave the show a colorful and sexy start, performing a medley of songs from her just released album "Loud," including the No. 1 hit "What's My Name," wearing a bustier and what seemed like a scarf wrapped around her backside.

"This is amazing!" said an exuberant Rihanna, who danced onstage later to receive her award -- favorite soul/R&B female.

The Black Eyed Peas, winners for favorite pop/rock band, gave a levitating performance, singing from boxes atop the stage during part of their performance of their new single, "The Time." Kid Rock gave a stirring, acoustic performance of "Times Like These," his song lifting up his hometown of Detroit during its recent economic struggles, from his new CD, "Born Free."

A pregnant Pink was among the evening's performance highlights. Unlike recent performances marked by a high-wire act, she stayed close to the ground to perform her latest song, "Raise Your Glass," with a tightly choreographed, high-energy dance number.

Swift later performed her new single "Back to December," a song she also performed on the CMA Awards earlier in the month, but mixed things up by incorporating some of OneRepublic's "Apologize."

Ke$ha, perhaps trying to make up for the absent Lady Gaga, had the night's most bizarre performance: She performed her heavily Auto-Tuned hit "Take It Off" looking like something out of space, with beams of light for eyes and sporting a motorcycle helmet. She then stripped down to a mirrored outfit, segueing into the next song with a pack of male dancers dressed like her, complete with blond wigs and fishnet stockings.