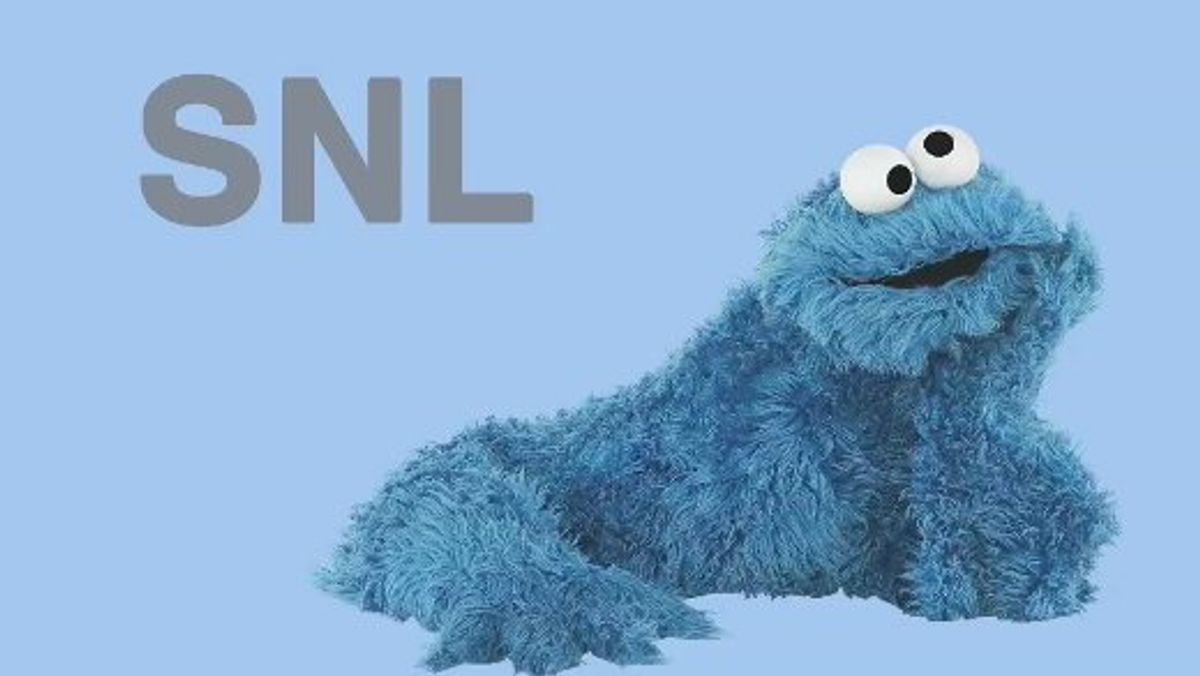 He's an integral cast member of a 41-season show, a cultural icon and an epicurian enthusiast. So why shouldn't he, or it, or whatever, join the ranks of Alec Baldwin, Christopher Walkin and Justin Timerblake? That is, why shouldn't the Cookie Monster host "Saturday Night Live"?

The half-bodied, shaggy blue puppet who goes cookoo for cookies has launched a Facebook campaign, a la Betty White, to be the first Muppet to host the satire program. And he's already got over 6,000 people behind him.

"Me think that it time to branch out beyond me cookie eating career. Me ready for next logical step," the blue dude says in his "audition" tape.

The video is a full-scale production, a condensed "SNL" episode in four minutes, and it's genuinely funny. Cookie Monster does a send-up of the MacGruber character called "Macarooner," his own pastry-centric version of Weekend Update and even has a musical guest, Monster Gaga.

The Muppets have been on "SNL" before, including regular sketch appearances during the show's first season, 1975-76. Kermit even coerced Robert Di Niro into singing "Have Yourself a Merry Little Christmas" with him during the Raging Bull's opening monologue in 2004. But the self-proclaimed cookie enthusiast wants to be the first Sesame Street resident to fly solo on "SNL."

Besides, Cookie Monster couldn't do any worse than these regrettable hosts.

We won't leave you to find Cookie's video on your own: