The second-generation neocon is the world's laziest propagandist 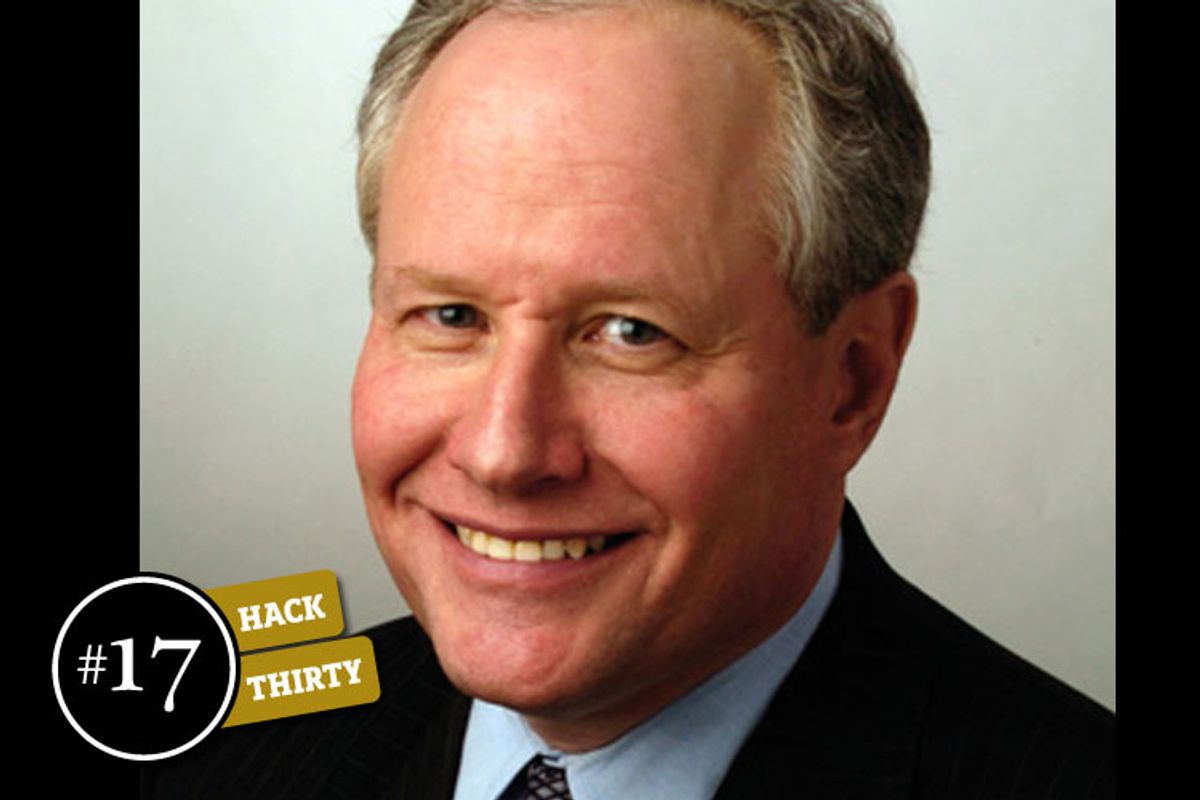 In addition to being a shameless liar, Bill Kristol is also a boring, lazy writer -- which, for our purposes, is a worse sin. It is quite difficult to be dumped as a columnist by the New York Times, but Kristol managed that feat -- and ended up with a cozy gig at the Washington Post for his troubles.

The token New York Times Republican opinion columnist used to be William Safire, whose Nixonian tendencies were tempered by elegant writing and the general impression that some thought had gone into this week's piece on how Hillary Clinton is a lying harpy. Kristol, though, just joylessly repeated talking points straight from this week's strategy memo. It was painfully apparent that he wrote this stuff in his sleep. His very first column misattributed a quote and he continued getting routine stuff wrong on a regular basis because he just didn't care.

Kristol received a plum one-year tryout at the nation's most prestigious Op-Ed page solely because his father, Irving, was once a prominent intellectual, of course. But while it took Irving many years to become a predictable party-line hack, Bill was born one and he'll die one.

While it's one thing to be consistently wrong about everything in the pages of your own magazine, it's quite another to remain a paid opinion-giver at other supposedly serious media outlets despite that impressive record. But Kristol manages it, and the Washington Post continues to print his uninteresting lies and obviously incorrect predictions.

He is also almost as responsible as John McCain himself for making Sarah Palin a national figure.

The conventional wisdom is that it was a mistake for McCain to go back to Washington last week to engage in the attempt to craft the financial rescue legislation, and that McCain has to move on to a new topic as quickly as possible. As one McCain adviser told The Washington Post, "you’ve got to get it [the financial crisis] over with and start having a normal campaign."