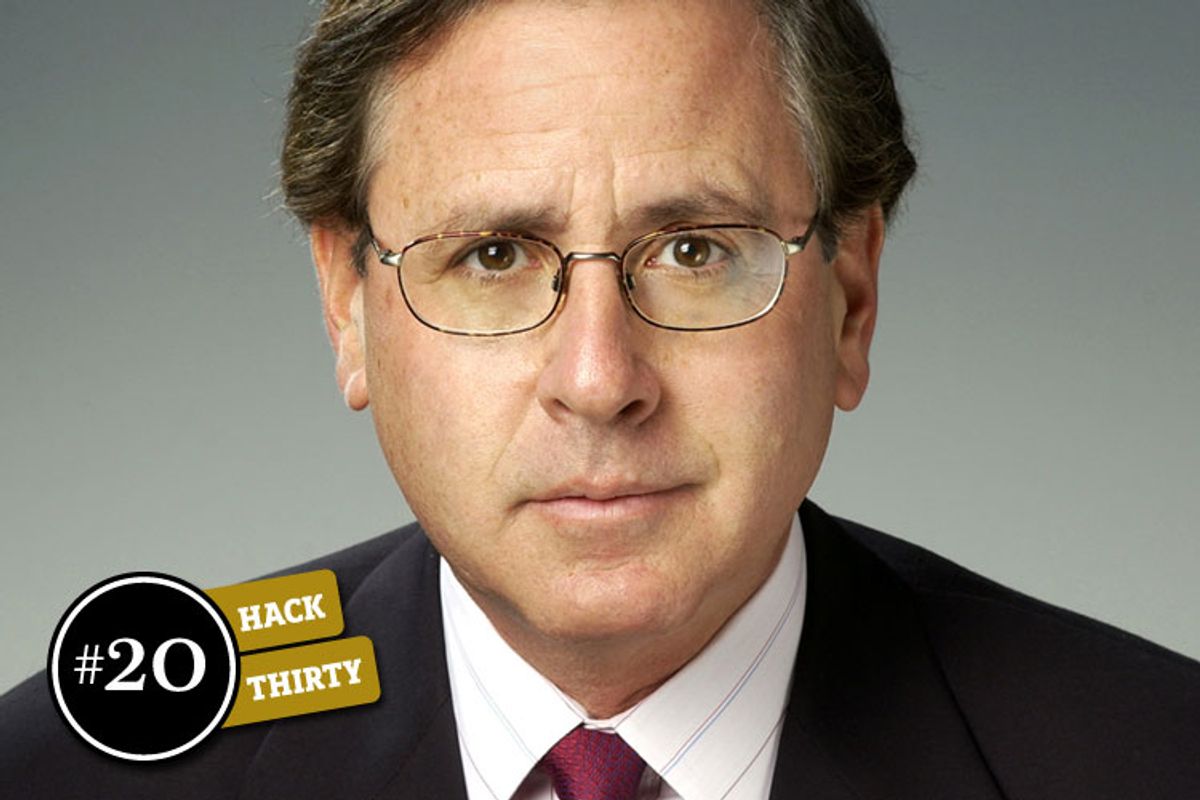 You can always count on Howard Fineman for a clear distillation of whatever the new conventional wisdom is. Unlike those who seek to drive coverage, Fineman was always content to sway with the prevailing winds. Each election season, he announces that Democrats need to signal that they're moderate centrists and fight back against the unions. He was equally enthusiastic about candidate McCain in 2000 and candidate Obama in 2008. He defines "the mainstream" as whatever the pundit class currently thinks.

As a longtime Newsweek editor and MSNBC contributor, those positions were all understandable. Then Arianna Huffington picked him up for her rebellious experiment in citizen journalism, the Huffington Post. Sure, Fineman's a liberal. But he's an establishmentarian above all else.

In the '90s, he attributed Clinton's midterm losses to a failure to govern based on the Centrist New Democrat themes he supposedly won with. In hindsight, Clinton's a supernaturally gifted politician whose ability to connect to voters is sorely missing from this White House.

And Fineman, it should not be forgotten, was a member of that special class of pundit that trashed candidate Al Gore for complete nonsense and worshiped post-9/11 Bush as a decisive man of action. He was as psyched as anyone when George Bush led us into a pointless war.

If he's a cowboy, he's the reluctant warrior, the Shane in the movie, strapping on the guns as the last resort because he has to, to protect his family, drawing on the emotions of 9/11, tying them to Saddam Hussein, using the possible or likely rejection vote from the U.N. as a badge of honor.