Pope: Condoms OK for women too

Shockingly, the Vatican says male prostitutes aren't the only ones who can morally practice safe sex 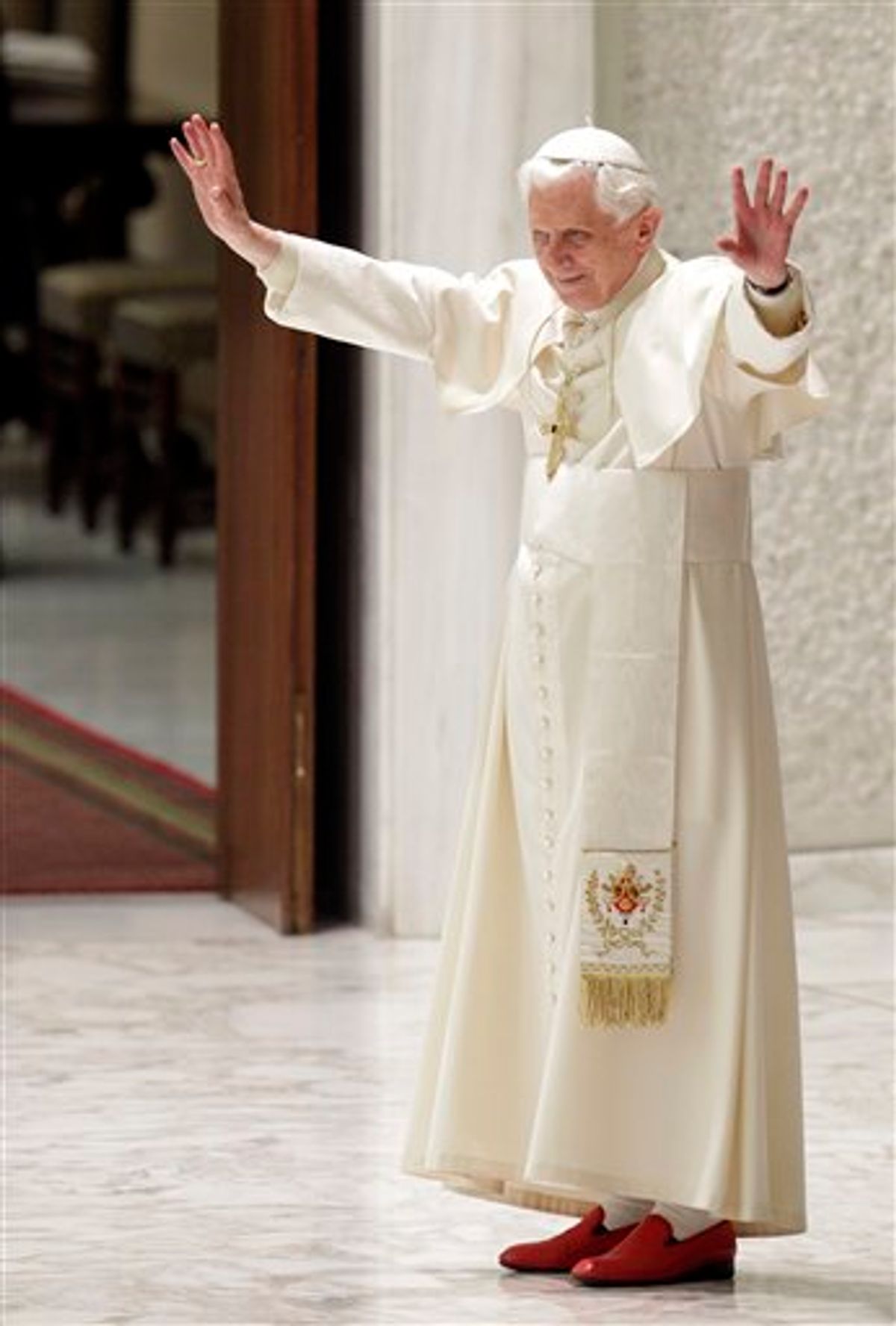 Pope Benedict XVI acknowledges the faithful at the end of an audience with the newly-appointed cardinals and their relatives, in Hall Paul VI at the Vatican, Monday, Nov. 22, 2010. On Saturday the pope created 24 new cardinals. (AP Photo/Andrew Medichini) (AP)
--

Hold on to your habits: The Vatican says condoms can be a moral choice for women as well as men. On Tuesday, a church spokesperson once again attempted to clarify Pope Benedict XVI's controversial remark that prophylactics "can be a first step in the direction of a moralization" when used by "male prostitutes." As I wrote this weekend, the implication was that a condom is acceptable when it's used solely to prevent the spread of disease, not conception.

Remarkably, Rev. Federico Lombardi says that is not the case. "I personally asked the pope if there was a serious, important problem in the choice of the masculine over the feminine," he said. "He told me no. The problem is this ... It's the first step of taking responsibility, of taking into consideration the risk of the life of another with whom you have a relationship." Lombardi added: "This is if you're a woman, a man, or a transsexual. We're at the same point."

Well, holy shit. This is the first time a pope has ever publicly acknowledged that condoms might be a semi-righteous choice in the context of preventing HIV in heterosexual sex. Of course, the church's opposition to condoms as contraception remains -- but this is still an enormous development, and it is shamefully overdue.