Birthornot.com's creator confesses he is not actually letting strangers decide the fate of his wife's pregnancy 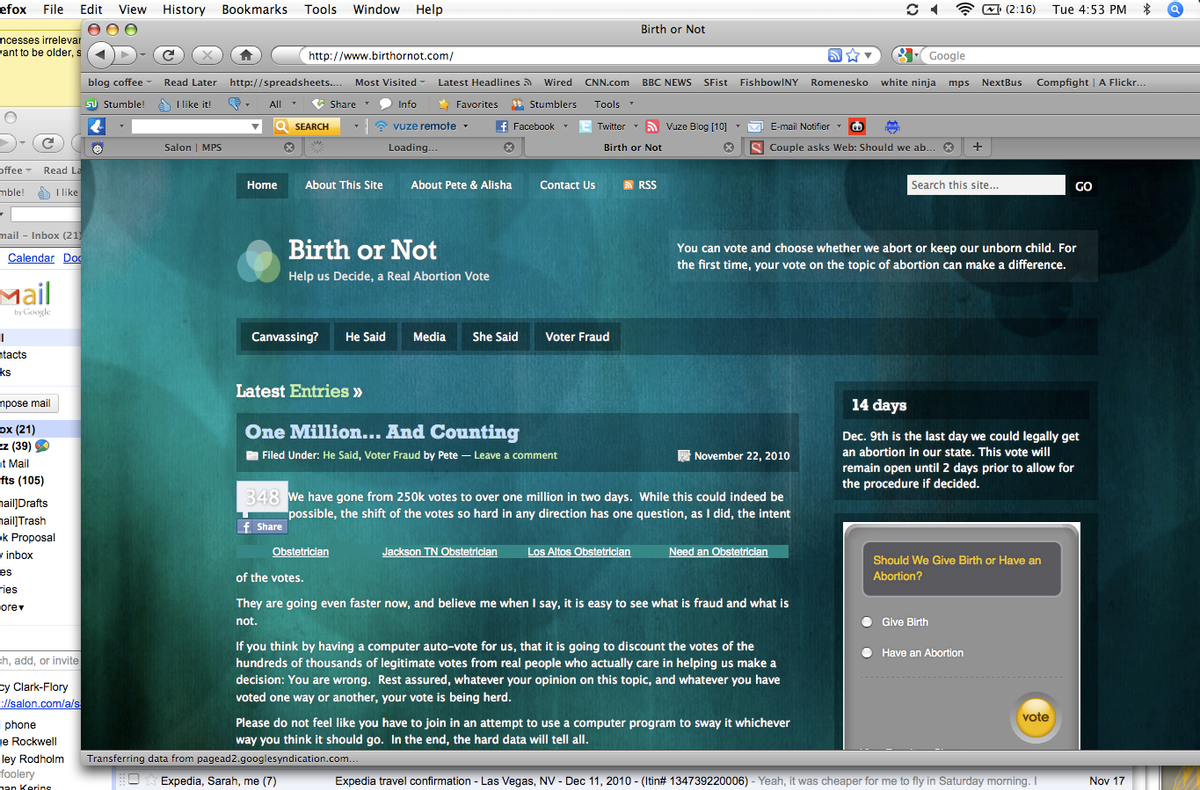 Pete Arnold, creator of www.birthornot.com, revealed today that he never intended to actually let strangers on the Web decide whether he and his wife Alisha would go forward with their pregnancy. Instead, the Minnesotan tells CNN he was just using his wife's pregnancy to execute the low-concept prank. Well, in that case!

This admission comes some days after, oh, the entire Internet unanimously decided that it was a stunt. Only, even after this concession, CNN reports that he continues to insist "the site was not a hoax." (Someone get this man a dictionary, stat.) The blog garnered international media attention for asking visitors to participate in a poll to decide whether or not the wife would terminate the pregnancy. The ultrasound images the couple shared and the updates they posted after doctor visits were apparently all real. But that whole bit about wanting the outside world to vote on the future of their fetus? Total lie. However, he says, "My intent is not to deceive people." Right ... that logically follows.

As I said last week, this prank is "a perfect illustration of just how poorly some anti-choicers understand the pro-choice position." Remember, aspiring "pro-life" pranksters: Assuming that pro-choicers are indiscriminately "pro-abortion" and referring to the fetus as an "unborn child" are immediate giveaways.