The looooongtime Washington Post columnist is the hackiest pundit in America 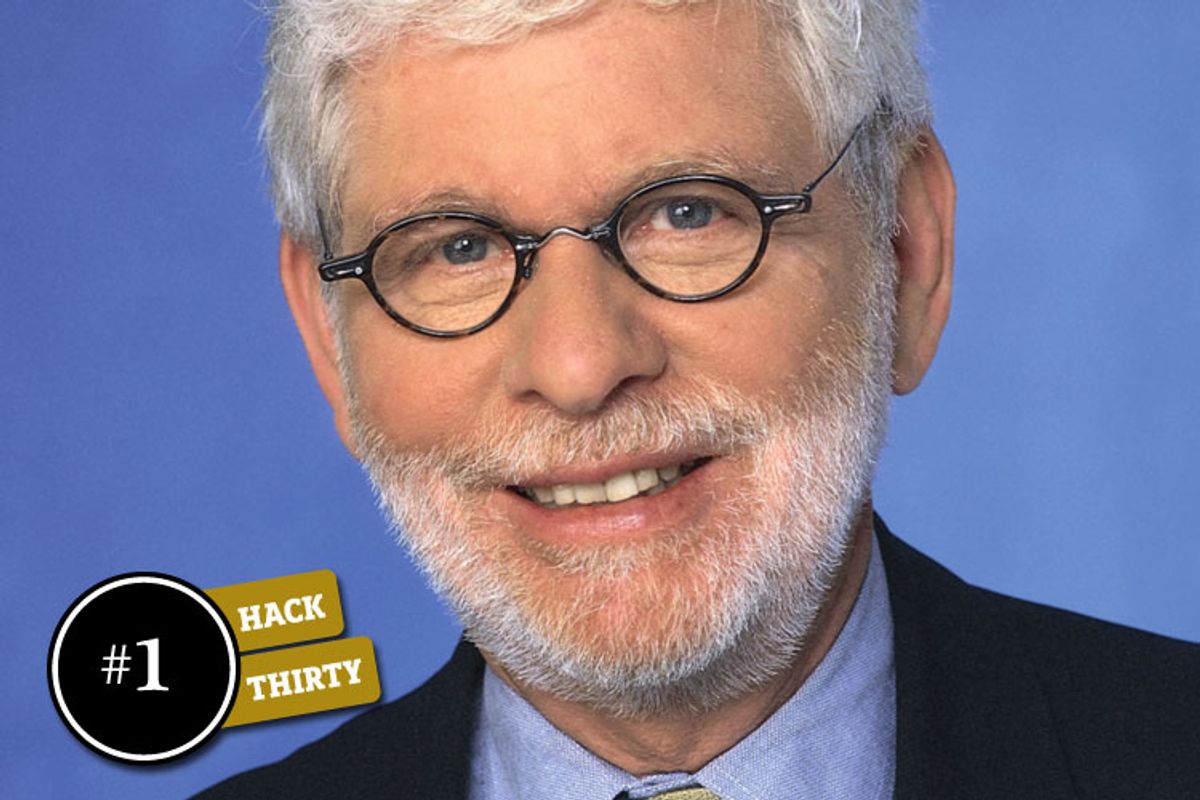 The Washington Post's Richard Cohen has been a columnist since 1976. He's good friends with Ben Bradlee and Sally Quinn. He works one day a week. At a certain point, in that exceptionally privileged and cushy position, his brain disintegrated. He's not so much an old liberal who grew conservative as he is a simplistic old hack who believes his common prejudices to be politically incorrect truths and his Beltway conventional wisdom to be bracing political insight.

That's how we get work like "leave Roman Polanski alone!" and sending me mean e-mails is "digital lynching" and affirmative action punishes all white people and you stupid snot-nosed bloggers don't get that Cheney was probably right to torture people and Barack Obama should read a newspaper instead of a BlackBerry because a BlackBerry is full of lies. All in the singularly smug, grating prose style of a man who knows he's an immovable object in one of the most comfortable positions in all of journalism.

Then there's his relationship with John McCain -- the true measure of a hack. He loved the man, of course, as all reporters once did. But he was no fool! In April of 2008, Cohen claimed that "the man's imperfections have not escaped my keen eye." But, Cohen added after recapping the standard list of McCain flip-flops, "we know his bottom line." Plus he was tortured, and also Honor. By September, Cohen had met "the ugly new McCain," and he was not at all pleased! This ugly new McCain was presumably hiding in the first paragraph of the column, which recounts the tale of John McCain apologizing for his shamelessness eight years earlier.

I sometimes ask myself, who is the intended audience of a Richard Cohen column? Who reads a Richard Cohen column and thinks to himself, "Yes, I agree with this"? I don't write "thinks to herself" because I cannot fathom the existence of a woman who'd respond approvingly to this defense of Clarence Thomas' vocal appreciation of large breasts. I think Ginni herself would say it does Justice Thomas no favors to have the support of this guy. And what does Cohen leave out of his defense of Thomas? That he was accused of creating a hostile work environment himself, for making inappropriate comments to a 23-year-old editorial aide in the late-1990s.

There's no subject on which Richard Cohen is not completely inessential. The looming debt crisis? Caused by kids today and their tattoos and hippety-hop music! The financial collapse? Did you know that Richard Cohen went to high school with Ruth Madoff? 'Cause that's all he's got.

Richard Cohen is the worst hack in the country.

"First, let me state my credentials: I am a funny guy. This is well known in certain circles, which is why, even back in elementary school, I was sometimes asked by the teacher to "say something funny" -- as if the deed could be done on demand. This, anyway, is my standing for stating that Stephen Colbert was not funny at the White House Correspondents' Association Dinner."