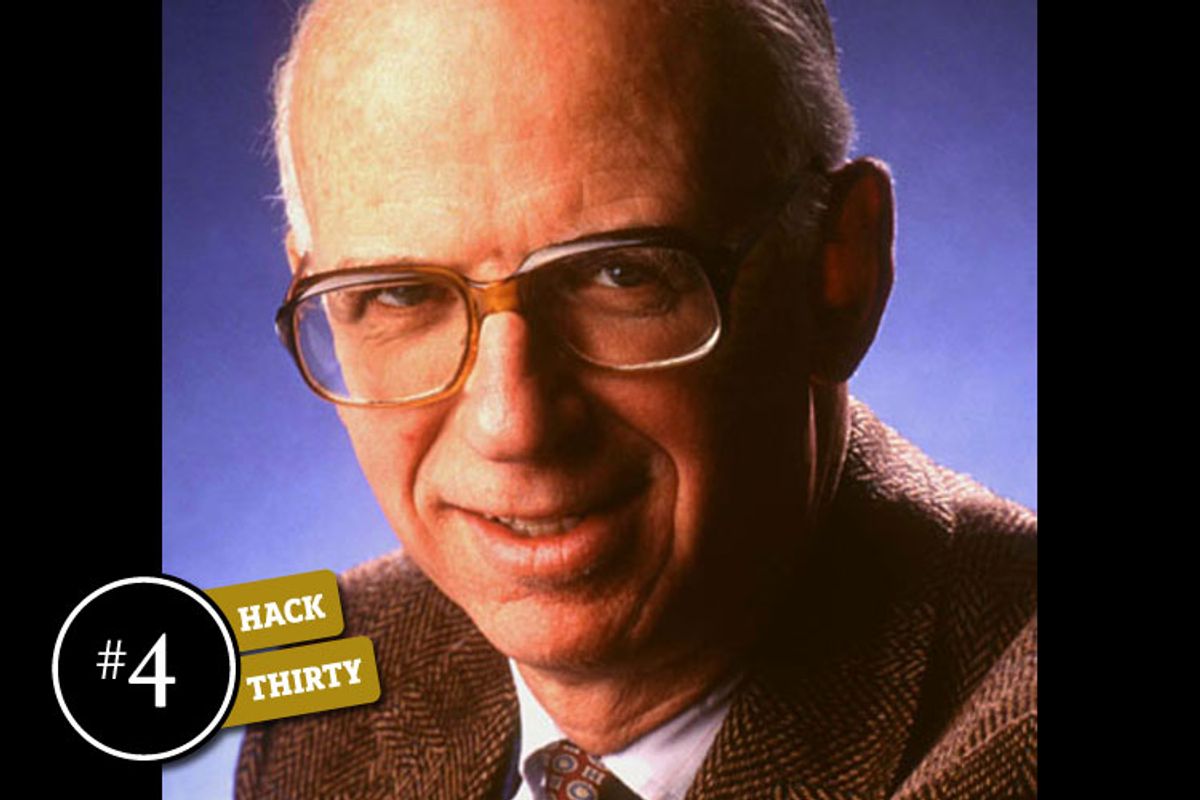 He has a simplistic understanding of politics and no understanding of the electorate except as an abstract concept. His hatred of partisanship is actually a thinly veiled disdain for popular rule itself. He defines extremism as principled adherence to any sort of ideology. When he wants to understand what The Voters are thinking, he asks a think tank academic. Despite his disdain for the fiery populists that the idiot voters repeatedly send to our sadly broken Congress, he remains convinced that The American People are a wise and noble breed who long for sensible, bipartisan moderation in all things.

Would that we could return to a time when partisan venom didn't rule -- like, apparently, the Reagan administration. You know, the one with Iran-Contra and Robert Bork. It doesn't matter when, specifically, you decide that moderation or bipartisanship or serious journalism died. It doesn't even matter what killed it! All that matters is that at some point, things were better, and now, sadly, they are less good, but they could still get better again, if we all appeal to our better natures.

And then sometimes David just up and writes something truly insane, like his recent column about how President Obama needs to start a good old-fashioned war to get the economy humming again.

Repeat offenses: Radical centrism, repetition of conventional wisdom, pathological need to demonstrate that "both sides do it," hatred of partisanship/democracy.
Representative quote:

It may seem perverse to suggest that, at the very moment the House of Representatives is repudiating his policy in Iraq, President Bush is poised for a political comeback. But don't be astonished if that is the case.