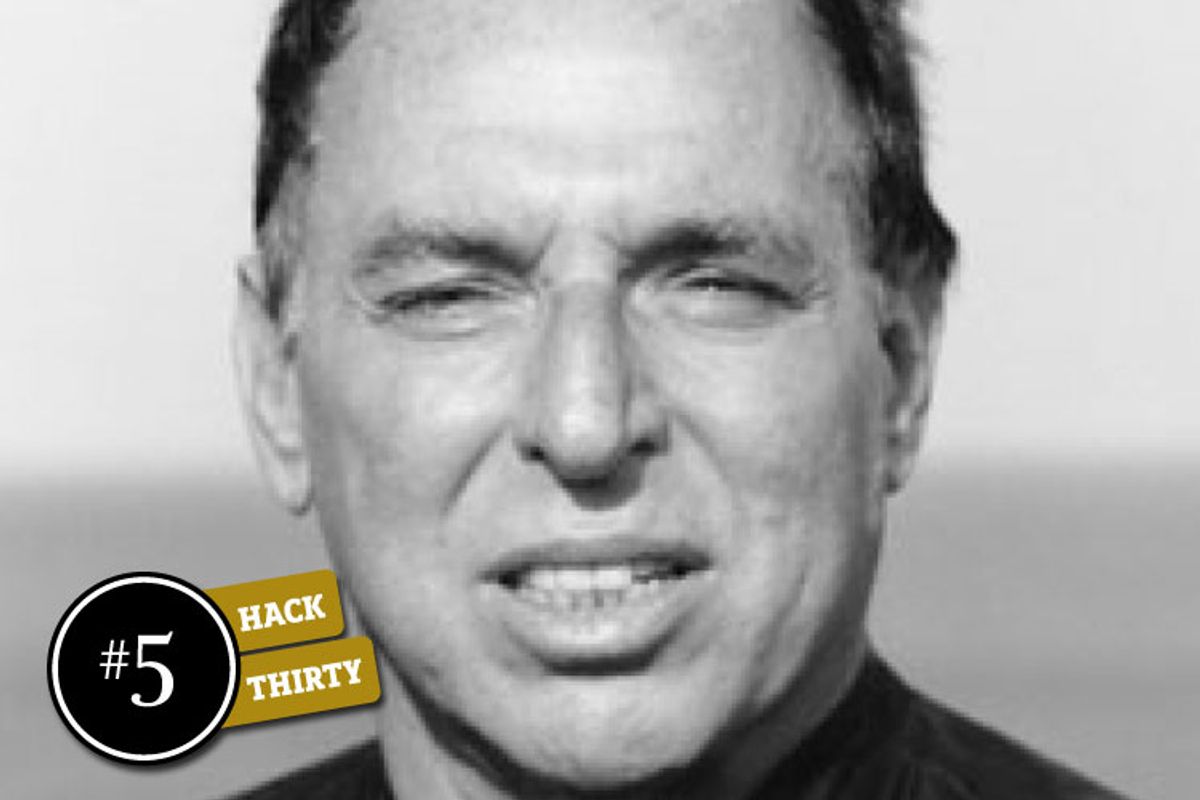 While the opinions of publisher/pundit Mort Zuckerman tend to be rather banal, New Republic owner Marty Peretz uses the power of the press to let the world know what he really thinks about Muslims and Arabs. (He doesn't think much of them.) At least Zuckerman is courteous enough to let professionals look over his work before it's published. Because Peretz fancies himself both the nation's foremost authority on Middle Eastern affairs and a scintillating writer, he has named himself editor in chief of the magazine, and his work goes up before a grown-up can look it over.

Did you know that "Arab society" is "hidebound and backward"? That the Druze are "congenitally untrustworthy"? You can learn all that and more at the Peretz Dossier, an irregularly updated encyclopedia of the most ridiculous and inflammatory things Peretz writes about Palestinians, Syrians, Lebanese, Iraqis and all the other non-Jews he considers to be dastardly, primitive and incapable of "civilization."

He's been hammering home this same, simple point, in the same perfervid language, since he bought the New Republic in 1974. Jack Shafer's 1991 column on Peretz is a particularly brutal review of his oeuvre. (But because we at the Hack 30 believe in fairness above all else, note Shafer's column "In Praise of Marty Peretz" from earlier this year, in which it is argued that while he's a horrid writer and an unrepentant bigot, he's also fostered a great deal of talent at his magazine over the years. Which is true enough, but also: Peter Beinart.)

My favorite parts of Peretz's feverish blog are his headlines; they're generally several sentences long, contain rhetorical questions and ellipses, and seem to preempt the need for any sort of content below them:

Peretz can't make it through a simple account of the concerts and dance performances he enjoyed on a recent trip to Tel Aviv without lobbing a few bombs at those judged to have treated Israel unfairly -- in this instance, Elvis Costello, the Pixies(!) and Archbishop Desmond Tutu. His big finish:

You can tell a lot about the world's indifference to anti-Semitism by noting how the academy has treated Tutu. The retired Anglican archbishop of Leshoto has been honored with those hortatory degrees by Harvard, Yale, Columbia, Oxford, Cambridge and nearly 130 other universities. Shame on them.

Peretz -- who was too busy writing cranky things about Muslims in his magazine to, say, be an instrumental force in ending South African apartheid -- "holds the honorary degree of Doctor of Laws from Bard College (1982), Coe College (1983), Long Island University (1988), Brandeis University (1989), Hebrew College (1990), Chicago Theological Seminary (1994), and the degree of Doctor of Philosophy honoris causa from the Hebrew University of Jerusalem (1987)." He was honored by the Harvard Social Studies department just last September. Shame on them.

I actually believe that Arabs are feigning outrage when they protest what they call American (or Israeli) "atrocities." They are not shocked at all by what in truth must seem to them not atrocious at all. It is routine in their cultures. That comparison shouldn't comfort us as Americans. We have higher standards of civilization than they do. But the mutilation of bodies and beheadings of people picked up at random in Iraq does not scandalize the people of Iraq unless victims are believers in their own sect or members of their own clan. And the truth is that we are less and less shocked by the mass death-happenings in the world of Islam. Yes, that's the bitter truth. Frankly, even I -- cynic that I am -- was shocked in the beginning by the sectarian bloodshed in Iraq. But I am no longer surprised. And neither are you.