"In Treatment" recap: Paul gives up on parenting

Week 5: Jesse gets too comfortable in his therapist's home and Paul lashes out at Adele 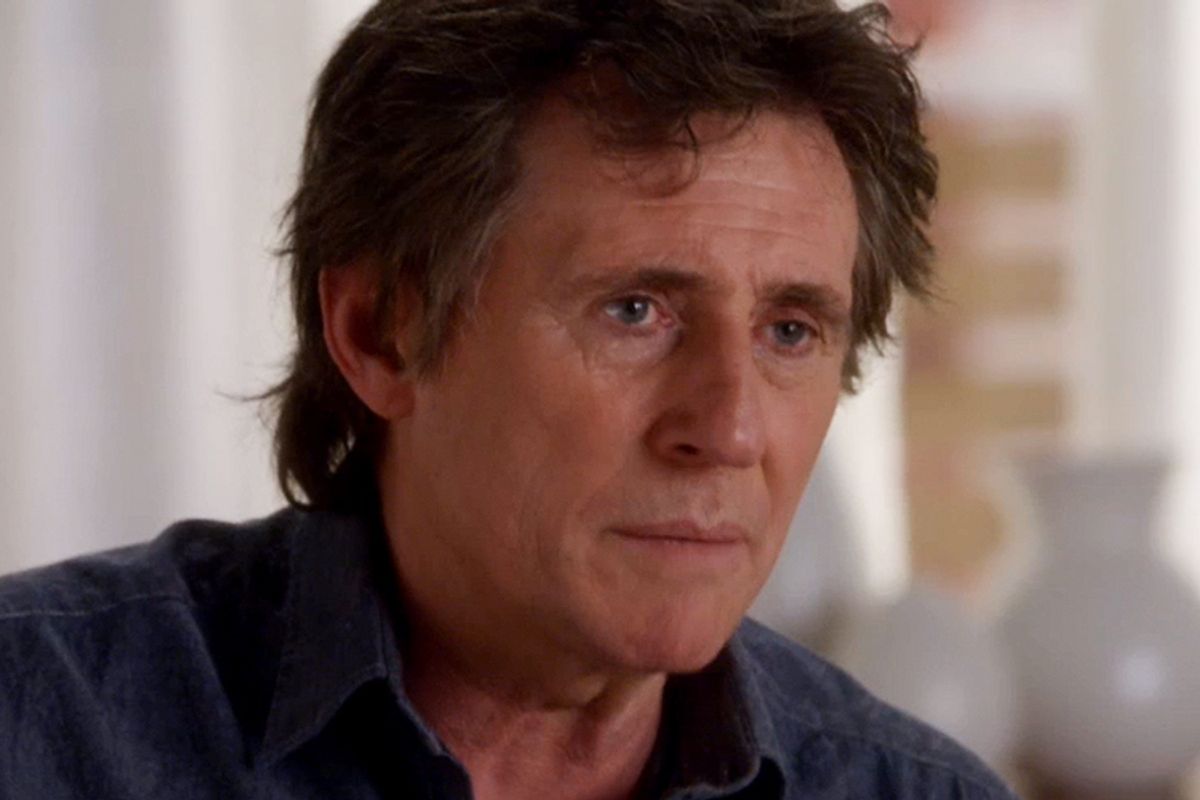 Gabriel Byrne in "In Treatment"
--

As I suspected, Paul's casual discussion of Max in his therapy session with Jesse a couple of weeks ago has had unfortunate consequences. It's encouraged Jesse to feel like part of the family, which may be why he feels entitled to impulsively show up at Paul's apartment at 10:30 p.m. while Paul and Max are making pancakes.

Granted, Jesse's going through a traumatic crisis. Almost as impulsively, he decided to visit his birth parents in Westchester on the same day. Because he showed up, unseen, outside their house a few hours before the agreed on time, he learns (unknown to Kevin and Karen) that they have at least one other child, a boy in a wheelchair. Devastated, he decides to go off and "get a milkshake," which turns out, after further elaboration, to mean get stoned. By the time he returns, Kevin and Karen have clearly worked to disguise all evidence of children.

As Jesse suspected last week, they are "kinda assholes." Although this may be somewhat genetic, since Jesse then proceeds to offer them blood, or organs, or whatever it is he suspects they might want for their "sickly child," in exchange for tuition to art school. This is when, according to Jesse, they "kicked him out."

Why do I find Jesse so endearing? Why do I laugh when Jesse complains bitterly about the fact that he dressed up and even wore the prep school tie that Nate gave him, because Nate didn't want it anymore after Jesse tied him up and "got cum all over it"? How does Dane DeHaan make that line sound so childlike and goofy? And how does he make Jesse's self-loathing so incredibly visceral? I've read talk about Irrfan Khan's performance being Emmy-worthy this season. But this scene on the stairs, where Jesse falls apart, realizing how deeply and maybe irreparably self-sabotaging he is, just broke my heart.

The fire alarm goes off. Max is standing over a flaming batch of pancakes. And Paul finally realizes that his office/apartment/mole cave of blurry boundaries, provocative teenagers and angry fathers-in-law from exotic complicated countries, does not, right now, feel like the best place to raise a 12-year-old.   He drives Max to Baltimore, to Max's gorgeous new house with his very competent mother and loving architect soon-to-be stepfather. Then he drives back to his session with Adele, arriving late with a brown paper bag containing a just purchased bottle of pain killers. These he plans to keep in her medicine cabinet to celebrate her new therapist/fantasy-girlfriend status.

For five minutes he's the traumatized heroic father who must give up his son because, he claims, that's what his son really wants. But as Adele starts to dig she gets a little closer to the truth: that he gave Max up after realizing the mistake of over-bonding with the kind of patient who refers to Max, in a moment of rage, as "your fagotty son."

To avoid further digging, Paul decides that this would be the moment to accuse Adele of neglecting the important issue of his romantic transference. As promised last week, Adele allows him to explore these feelings, but only until  4:47 p.m., around the time that Paul is imagining them having a candlelit dinner conversation about whether or not Sunil is homicidal. At which point, Adele visibly expresses her profound irritation, and reminds Paul that their session is almost over.

Paul starts freaking out because three minutes is not nearly enough time for Adele to decide whether or not Sunil will kill Julia this week. Then he becomes enraged because he is sure that if one of his patients was a therapist with a possibly homicidal patient (who Paul obviously does not actually believe is homicidal) he would give him or her at least five or ten extra minutes.

Now Paul only has enough time to reveal that last week he stood outside Adele's office for an entire hour to see if she had any other patients after him. Adele gets a fleeting look of alarm on her face, as though any minute  Paul might start muttering in Bengali and start threatening to "smother her laughter." Except she's not laughing. She's taking Paul's obstinate refusal to look clearly at himself, and his increasingly disturbing behavior, seriously.

And then, because it's already 5:55 she kicks him out of her office and tells him to take the painkillers with him. Ouch.