Could Sarah Palin's back-and-forth with Barbara Bush be a sign of trouble to come for Mitt? 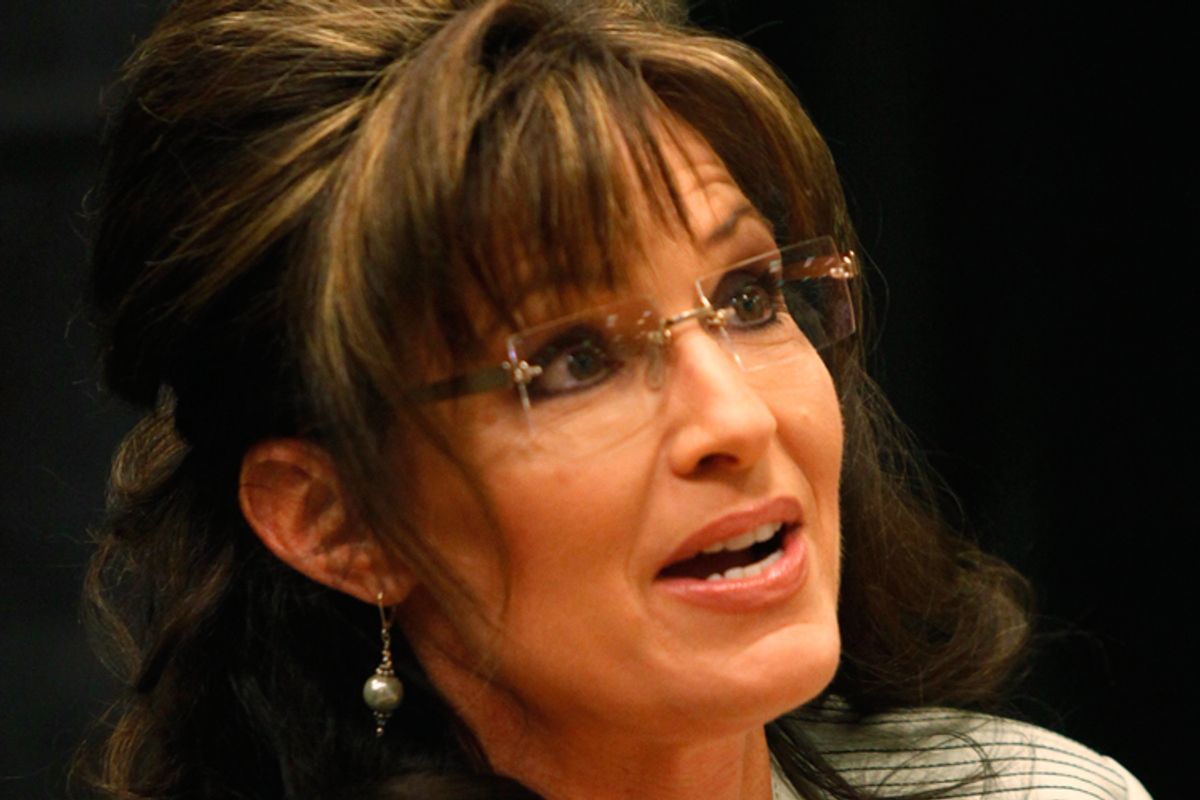 Sarah Palin wasted little time firing back at Barbara Bush, who used an interview with Larry King early this week to express her hope that Palin will stay in Alaska.

While it's true that Barbara Bush remains a well-liked figure, particularly within the Republican Party, there's really little risk for Palin in taking this shot. The GOP used to be driven by the old-line, Mayflower-ish, country-club types that Barbara and George H.W. represent. Remember that George H.W. Bush essentially ran as a Rockefeller Republican in the 1980 presidential race, branding Ronald Reagan's tax cut program "voodoo economics" and indicating support for abortion rights. With the rise of Reagan conservatism, Bush's crowd was marginalized and, in many cases, driven out of the party altogether.

This is why it's noteworthy that George H.W. Bush, in the same Larry King interview with his wife, appeared to endorse Mitt Romney for the 2012 GOP nod:

If you asked me, who will the nominee be, I couldn't tell you. We like Mitt Romney. We know him well and like him very much.

As I've written before, Romney is the closest thing there is in today's GOP politics to another George H.W. Bush. Like Bush, he was born into a family of status and privilege and entered politics as a moderate, establishment Republican; the Romney who ran for the Senate in Massachusetts in 1994 sounded fairly similar to the the Bush who ran for president in 1980.

But also like Bush, Romney is ultimately an ambitious opportunist. When his '80 campaign fizzled, Bush quickly recognized that the GOP was rapidly turning into an ideologically cohesive right-wing party in Reagan's mold. He maneuvered his way onto the GOP ticket with Reagan, renounced his primary campaign rhetoric, and spent the next eight years laboring to convince members of the GOP's New Right base that he was one of them. Romney has pursued the same course. In the run-up to his 2008 campaign, he walked back one position after another that he'd staked out in Massachusetts, desperately trying to align himself with the sensibilities of the party's right-wing national base.

Even Romney's famous late-2007 defense of his Mormon faith (delivered at George H.W. Bush's presidential library!), widely portrayed by the press as a passionate defense of religious liberty, can be viewed as more of a cynical campaign ploy -- an effort to convince fundamentalist Christians that they should consider him one of them. If anything, the speech called to mind Bush's ridiculous attempt in 1987 to win over Evangelical leaders by claiming to be a born-again Episcopalian.

In 1988, Bush was able to pull off his chameleon act, mainly because of the leg-up he got from running as Reagan's loyal No. 2. Reagan refused to formally endorse Bush during the GOP primaries, but it was clear that Bush was running with the White House's blessing. Essentially, Bush used his two terms as vice-president to cajole the New Right into giving him the benefit of the doubt -- which they did, with plenty of reluctance. (And that reluctance proved well-placed when Bush went back on his "no new taxes" pledge as president.)

This is why it can be hard to see Romney capturing the GOP nod in '12. The GOP base is even more conservative now than it was in 1988, and its mood is far more restive. The Tea Party crowd isn't nearly as willing to give a suspected RINO the benefit of the doubt as the New Right forces were in '88 -- and Romney doesn't enjoy the political benefits of the vice-presidency either. In this sense, Palin's back-and-forth with Barbara Bush could be a sign of trouble to come for Mitt. In a one-on-one fight with Palin (or Mike Huckabee, or maybe someone else) in 2012, he'll be the one playing the blue-blood role -- which isn't a position any ambitious Republican wants to be in these days.