Our Thanksgiving of discord

After the divorce, my sisters and I spent the holiday with my dad. He badly wanted to make it right. It never was 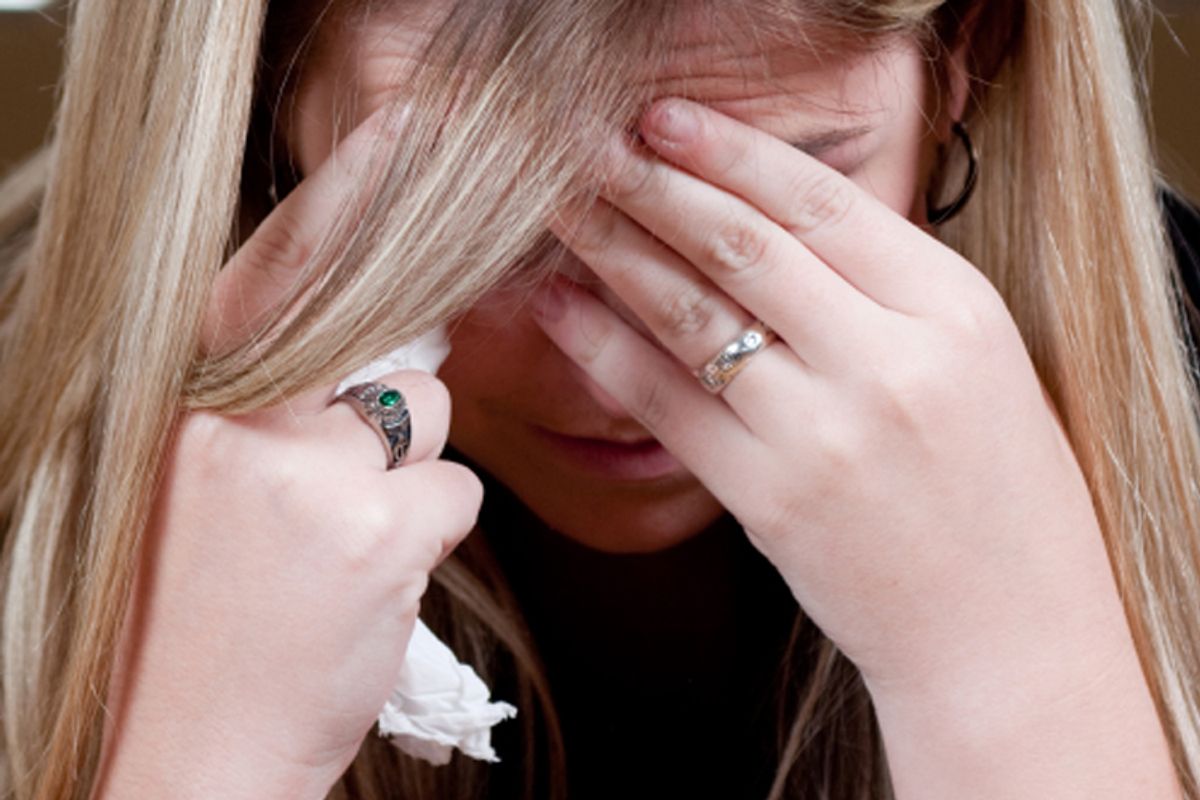 There were other American holidays -- school vacations like Veterans Day and July 4, and, of course, my favorite, Halloween. But Halloween wasn't long for my family, because it is really a pagan holiday that religious Jews don't celebrate for fear of participating in idol worship. I know this because when my mother moved us out of my father's house and to Brooklyn, N.Y., she started on what ultimately became a very fast journey toward ultra-Orthodoxy. Full-on kosher home, sending us to yeshiva, skirts instead of pants, wigs when she eventually remarried, Sabbath spent in solitude as she withdrew from nicotine over the course of 25 hours.

You can imagine how I looked forward to the weekends my sisters and I spent with my father. We would eat normal food, go to movies, go swimming. We ate cheeseburgers and French fries for every meal. Like so many divorced families, I perceived my weekends with my father as a vacation. He was not homework and doctor's appointments and bedtimes, like my mother was. He was ice cream and TV all night and shopping trips. It was easy to prefer him for these things, for children are many things but deep is not one of them. But I eventually learned I was alone in that thinking. In the religious divide that was deepening in our family, my sisters chose Orthodoxy. Which means, they chose Mom.

Slowly, certain things changed. My sisters wouldn't eat non-kosher meat. Then they wouldn't go to the movies on Friday night, due to restrictions on traveling on the Sabbath. Then they asked my father to kosher his kitchen. They began to find reasons to stay with my mother for the weekend, because it was so much easier than to listen to my father's angry, betrayed questions.

My father hoped it was a phase. I'd sit alongside him in his car, desperate to reassure him that I wasn't going anywhere. He called me his "only true daughter," something he still calls me, an endearment that was as lovely as it was lonely.

But he still had Thanksgiving. Once he realized what a raw deal he got when it came to holidays, Thanksgiving became more important to him than it ever was to any Pilgrims or Native Americans. You can, of course, still do Thanksgiving as a kosher-keeping family. But you must cook your food in a kosher kitchen, which my father's was not, and you must make sure to make substitutions in certain foods -- say, no milk in your stuffing since you may not eat dairy on the same plate as meat. You also must buy a kosher turkey, which is a little harder to find and a little more expensive. My father is an excellent cook, and he tried doing this for a few years, but his heart wasn't in it. His resentment clouded the decision-making parts of his brain, and inevitably, some screw-up would happen -- "You mean you also can't have fish with meat?" he asked, wild-eyed and crazy -- and my sisters would wring their hands and look down and tell him they just couldn't eat the things he'd prepared. It was too much of a mess.

He would sit, head in his hands, and he would whisper to me, "You would never do this. You are my only true daughter." It is the promise all middle children secretly want -- a superlative -- but deep down I knew it was not because of who I was but how I wasn't, which is not the same as being someone's favorite at all. Still, I hated my sisters for their betrayal of him, but also for their betrayal of me. Why did they have to be different like this? Why couldn't we just be normal, like everyone else?

I live far away now. An ironic twist of events that started out with my dating a Catholic boy has rendered me Orthodox, something that still bewilders me and my father. My family is in New York while I am in Los Angeles. After I moved five years ago, my father stopped hosting Thanksgiving. The kosher problem became too fraught, and my sisters realized they were old enough to decide they didn't need to listen to my father rant about something he maybe should have gotten over by now. Besides, nobody has custody over us anymore, our schedules are no longer the product of a divorce agreement.

I make Thanksgiving with the same group of friends each year, all of us from New York, all of us without family here. We sit and we say that we are lucky to have each other, that we are family for each other now. But we are not family, not really. We are good friends. Family is something different; whatever feelings you have toward your own you must admit at least that. But still I'll sit with my friends, I will tell them I'm grateful to be with them, and I will mean it. But I will miss my family, my actual family, my only true family, in New York, spread out at three different Thanksgiving tables in just one city. I will wish I was with them. I will even imagine that if I were there, this separation never would have happened.

I think back on those Thanksgivings, those fraught and tense holidays, eating a kosher turkey in a cloud of huffy resentment that is tinged with love and understanding of the unique relationship of our relations. I think of the way a room feels when it smells of sweet potatoes and the aftermath of shouting. I think of the silence you can eat dinner in. For all those things I had and hated, I long.