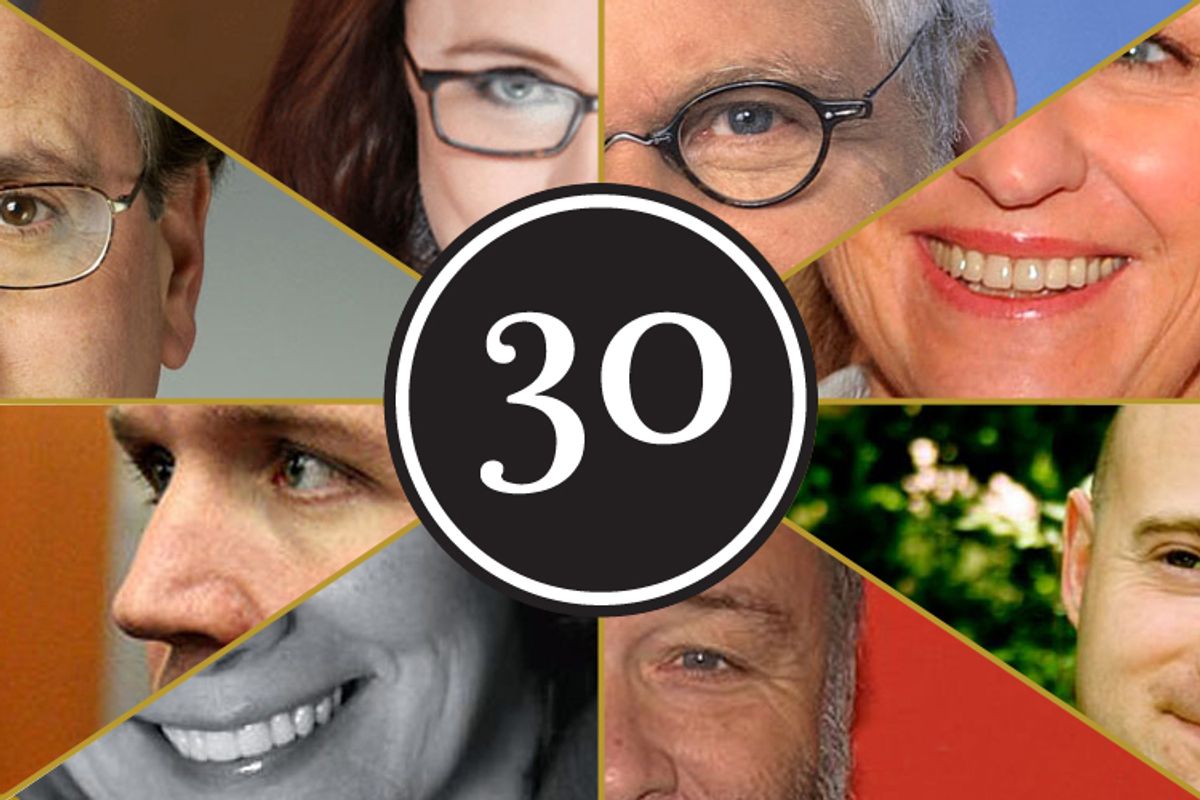 The War Room Hack Thirty is a list of our least favorite political commentators, newspaper columnists and constant cable news presences, ranked roughly (but only roughly) in order of awfulness and then described rudely. Criteria for inclusion included writing the same column every week for 30 years, warmongering, joyless repetition of conventional wisdom, and making bad puns.

The full list can be found here. Pass it along, argue about it, and print it out and glue each pundit's photo into your scrapbook!