Travel centers pass on posters featuring an attractive woman beneath a "Be Proud of Your Body Scan: Go Vegan" line 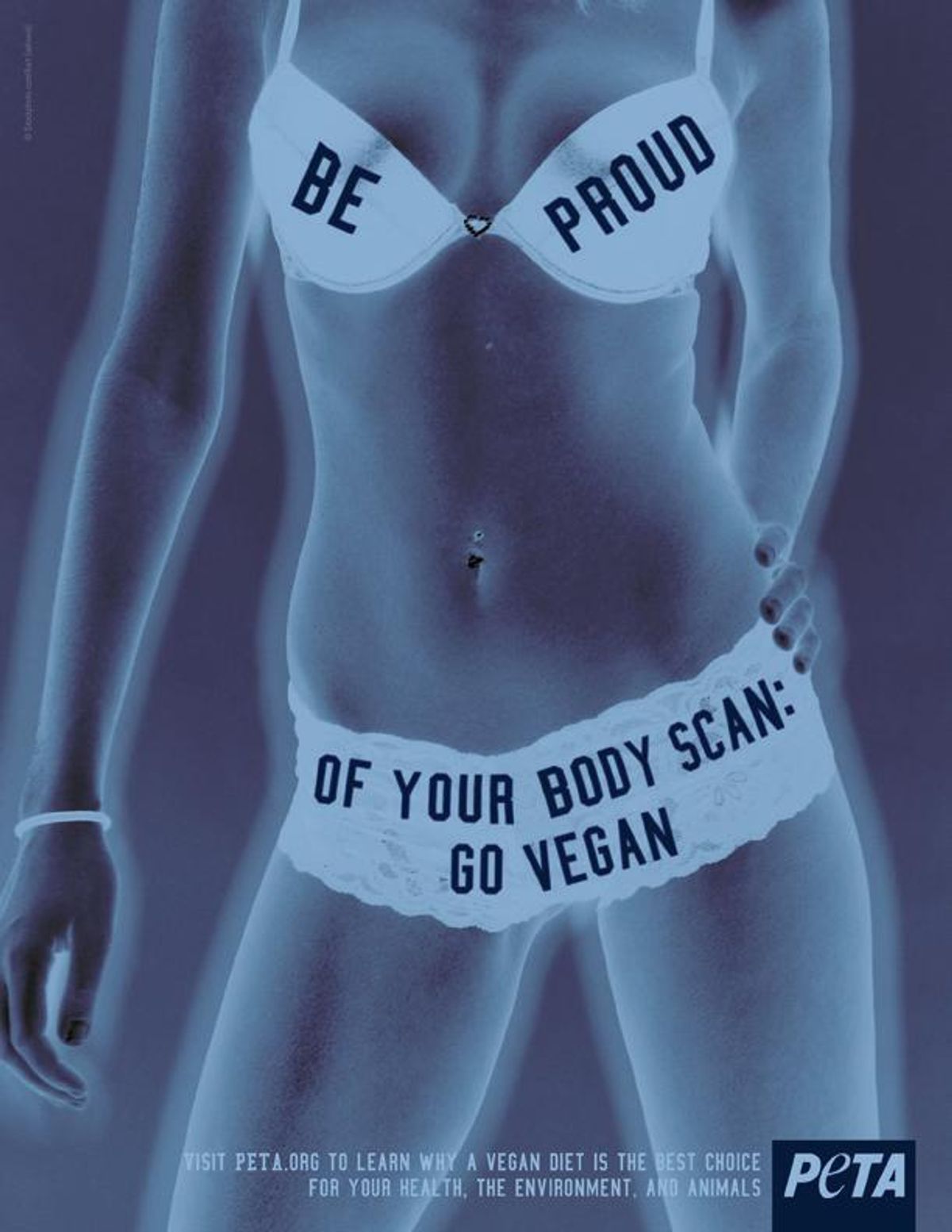 Major airports in New York, North Carolina and Las Vegas are rejecting a proposed ad campaign from PETA that makes light of the new full-body scanners being used at airport security checkpoints.

The ads from People for the Ethical Treatment of Animals features a scan of a curvaceous woman in lacy underwear with the message: "Be Proud of Your Body Scan: Go Vegan."