It could be an emotional, possibly dangerous situation as James returns to play his former team 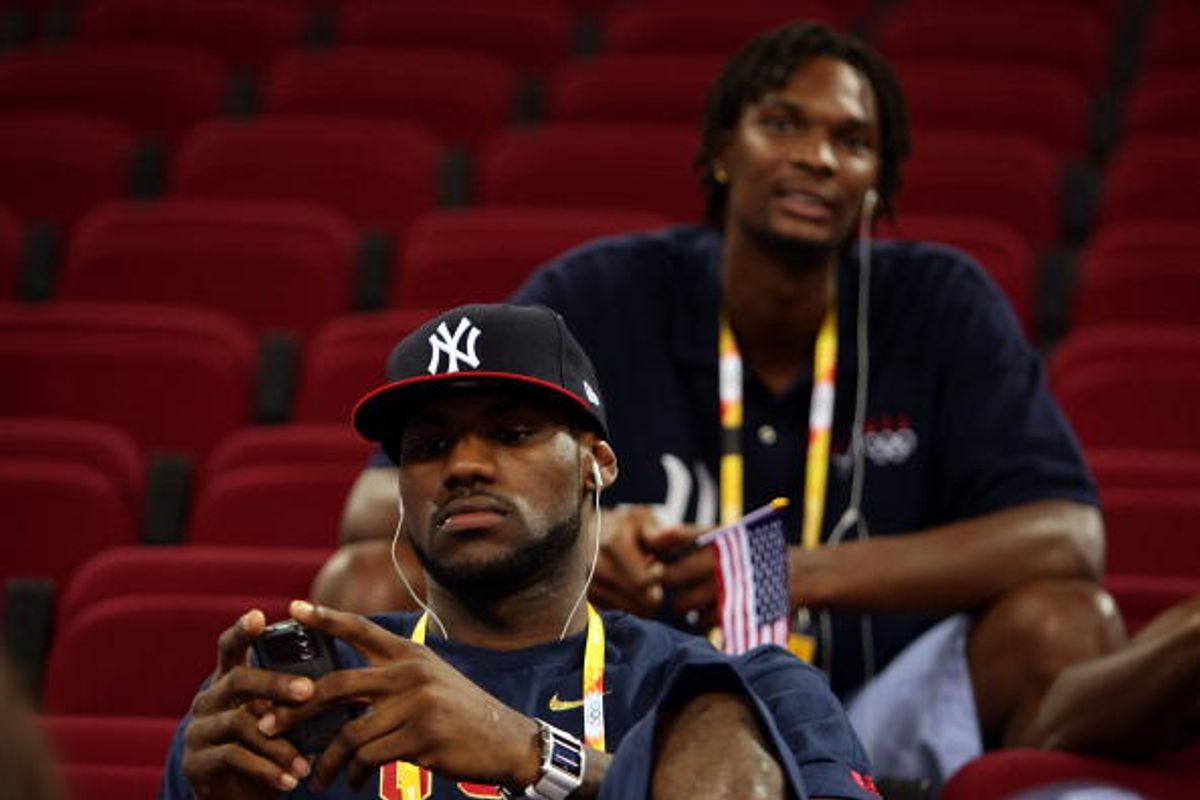 BEIJING - AUGUST 09: (F-B) LeBron James and Chris Bosh of the United States men's basketball team sit in the stands for the US women's team game against the Czech Republic during the women's preliminary basketball game at the Beijing Olympic Basketball Gymnasium during day 1 of the Beijing 2008 Olympic Games on August 9, 2008 in Beijing, China. (Photo by Mark Dadswell/Getty Images) (Getty Images)
--

LeBron James is coming home next week, and the Cleveland Cavaliers want to make sure he has a safe visit.

James, whose decision this summer to sign with Miami as a free agent touched off an emotional response in Cleveland, will make his first trip back as a member of the Heat on Dec. 2 -- a return local fans have awaited since he left.

After numerous discussions with the NBA on how to best handle a potentially hostile environment, the Cavaliers will have extra security personnel in and outside Quicken Loans Arena. The Cavaliers are asking fans to refrain from wearing any obscene T-shirts or signs directed at James, who grew up in Akron and played seven seasons for Cleveland.

Team owner Dan Gilbert took issue with a headline proclaiming the Cavaliers would ban any anti-LeBron shirts. On Thursday, Gilbert said on his Twitter account: "Obviously no profanity, vulgar stuff U wouldn't want kids 2 see but we are not going 2 be the Gestapo (at) The Q."