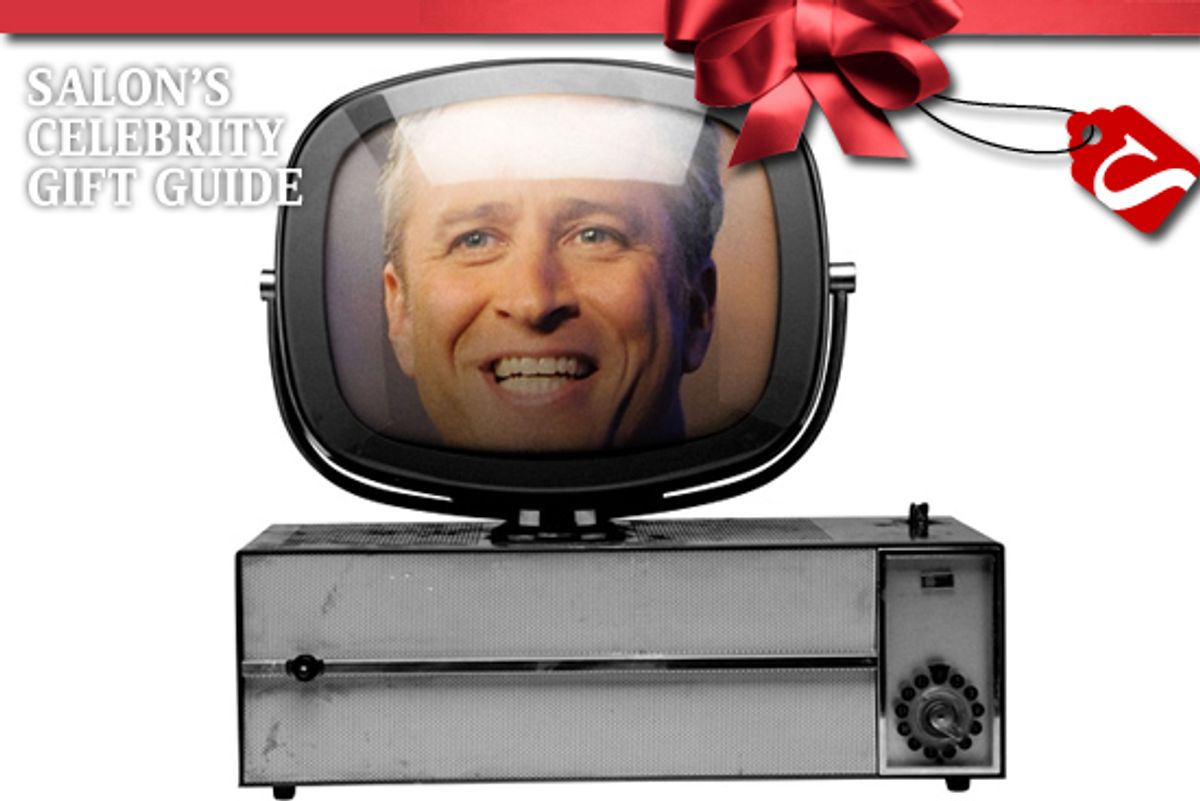 Like any wonky father with a sense of humor, Jon Stewart is probably on media overload. The right gifts will help him balance learning, laughter and relaxation. Organization is key -- so if you really want to wow him, give him the gadgets with which to control his media arsenal.