In Toronto, the former British leader argues with the anti-religious writer over God as a "force for good" 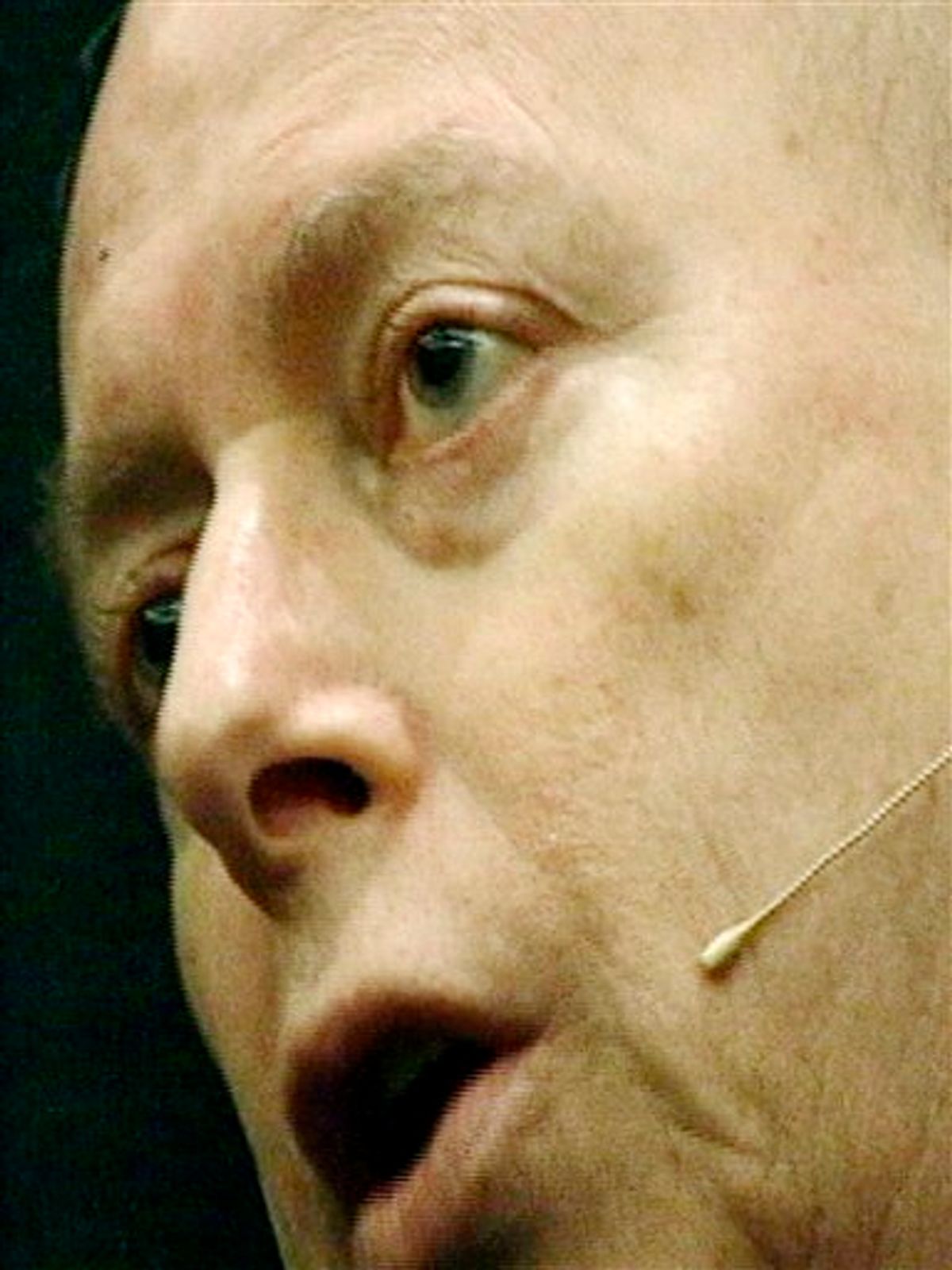 In this image taken from video Sept. 7, 2010, author and outspoken atheist Christopher Hitchens speaks during an appearance in Birmingham, Ala. Hitchens has been diagnosed with cancer and is undergoing chemotherapy treatments, and he says his health won't be affected by people praying either for his healing or his death. (AP Photo/Jay Reeves) (AP)
--

Former British prime minister Tony Blair said Friday his religious beliefs did not play a role in his decision to support the U.S.-led invasion of Iraq during a debate about the merits of religion in Toronto.

Blair attempted to persuade his verbal sparring opponent, writer Christopher Hitchens, that religion is a force for global good when he was asked by an audience member how religion influenced his decision to stand with the United States against Iraq.

"Religion doesn't do policy. All my decisions were based on policy and so they should be, and you may disagree with those decisions but they were made because I genuinely believed them to be right," said Blair before the audience of more than 2,600 at Toronto's Roy Thompson Hall.

Blair, 57, converted to Catholicism after leaving office in 2007. Since then he has started the Tony Blair Faith Foundation to promote understanding between religions.

He faced a fierce opponent in the debating ring Friday night. Hitchens, 61, an avowed atheist, Vanity Fair columnist and author of "God is not Great: How Religion Poisons Everything," has been a prominent voice in attacking religion.

"To terrify children with the image of hell ... to consider women an inferior creation. Is that good for the world?" Hitchens asked as he opened the debate hosted by the Munk Debates center.

Though his face was pale and drawn, and his trademark mop of unruly hair gone, he was no less animated than usual in spite of his battle with cancer of the esophagus. He said earlier Friday that he scheduled his chemotherapy treatments around the debate so he "wouldn't have to let anyone down,"

"This is what I do whether I'm sick or not. (Religion) is still the main argument," said Hitchens who has made it known that his diagnosis has not opened him to God or religious belief.

Hitchens fueled the debate by criticizing religion for blocking peace in the Middle East, perpetuating poverty by subjugating women as inferior and causing numerous conflicts including the genocide in Rwanda -- a country he says "is the most Christian country in the world, and one which many of the people who committed the crimes are now hiding in the pulpit."

"Health care in Africa has been delivered by those motivated by their religion ... The abolition of slavery was achieved by combined secularism and non-secularism. At least accept that there are people who are doing great things because of their faith," he said.

Blair incited a sarcastic response from Hitchens when he argued the Northern Ireland peace process is an example of how people of different faiths can bridge their differences.

"It's very touching for Tony to say that he recently went to a meeting to bridge the religious divide in Northern Ireland, where does the religious divide come from?" Hitchens asked. "Four-hundred years and more in my own country of birth of people killing each other's children depending on what kind of Christian they were."

Although a lot of conflicts have religious roots, it's futile to try to drive religion out, Blair said.

"In the end, it's for politics and religion to try and work out a way in which religion in a world of globalization that is pushing people together can play a positive rather than negative role," he added.

Audience members voted on the debate and preliminary results posted on the Munk Debates website sided with Hitchens, with 68 percent saying that religion is more of a destructive than benign force in the world.

BBC World News and the News Channel will broadcast the debate on Jan., 1 2011.