Slide show: From "2001: A Space Odyssey" to "Fight Club," the films that capture the dark side of capitalism 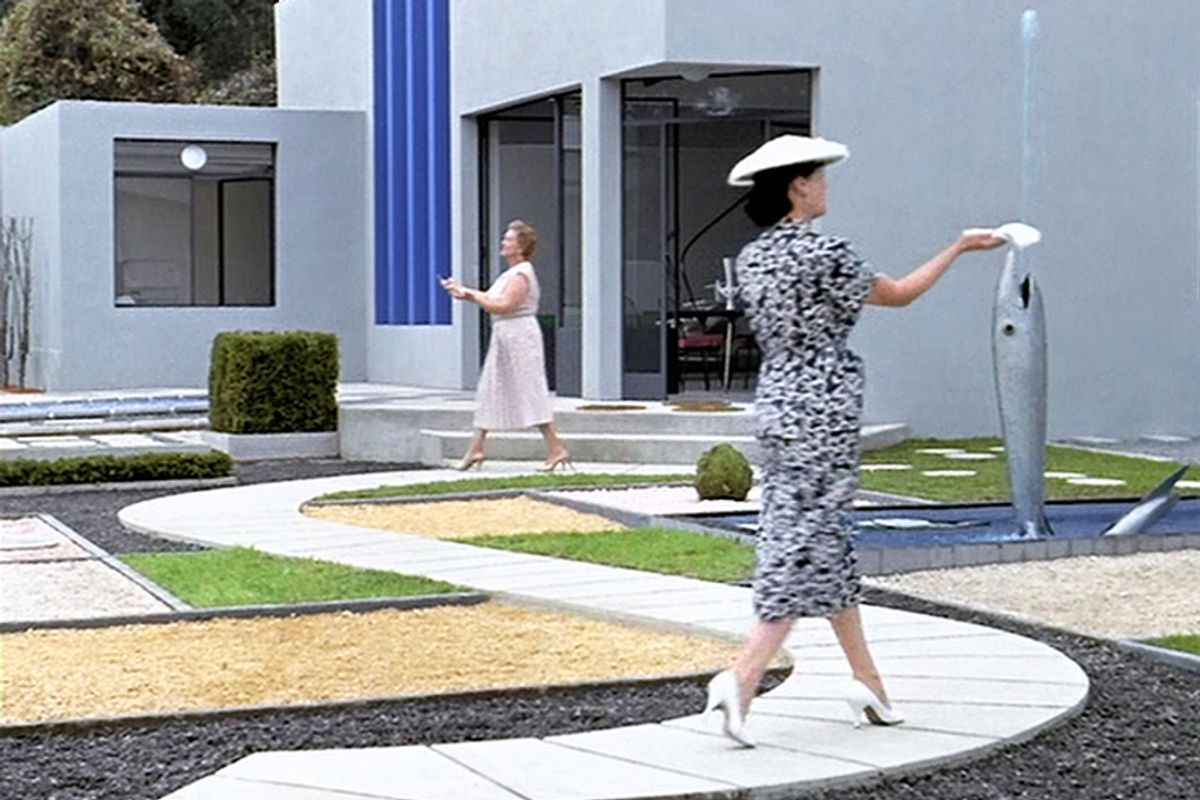 Is it possible to shop ironically? I doubt it -- especially on Black Friday, a modern celebration of the hunter-gatherer instinct that substitutes mass-produced goods for food.

I'll never forget the first time I saw a friend participate in Black Friday, a terrifying ritual with which I'd somehow managed to remain blessedly unfamiliar. He got up at 4 a.m. to line up in front of Best Buy. I slept in. When he stumbled back home that afternoon with an armload of somewhat-cheaper-than-usual electronic goodies -- including a gigantic CD player with a six-slot rotating changer, a device that now seems as technologically advanced as the dinosaur-powered appliances on "The Flinstones" -- he looked prouder than I've ever seen him. And he had a Band-Aid on his forehead.

"I got knocked down," he explained, "but I got right back up!"

Here's a list of films that illuminate Friday's events: movies that critique our insatiable desire to accumulate stuff and commodify the entire known universe. Yes, I know, "Dawn of the Dead" probably should be on here -- on Black Friday it seems like a documentary -- but because I wrote about it in a recent slide show about zombie pictures, I decided to leave it off. Should I have put it on there anyway? You decide. I'll be offline eating leftover Turkey and watching my DVD box set of "The Larry Sanders Show," which arrived Wednesday via UPS. No lines for this writer.

Step right up! Metaphors for sale! Everything must go!