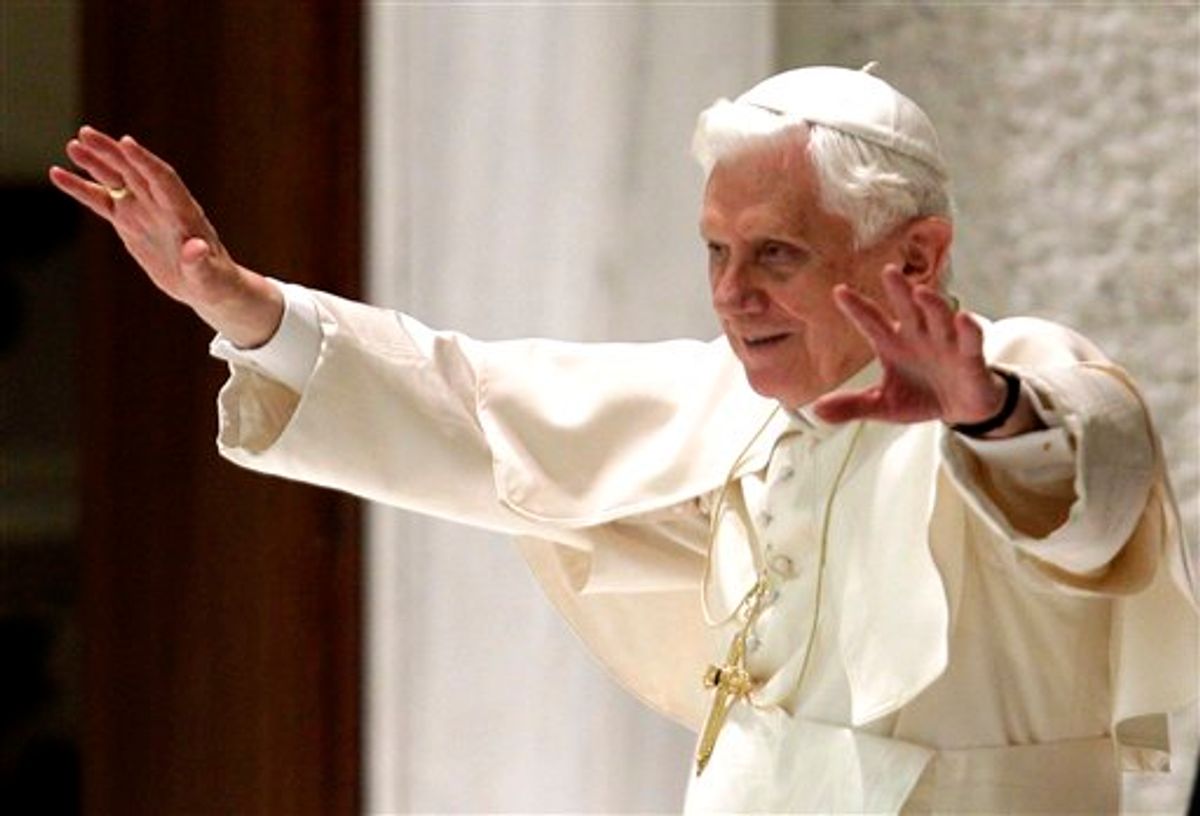 Pope Benedict XVI acknowledges faithful as he leaves after his weekly general audience, in Paul VI Hall, at the Vatican, Wednesday, Nov. 24, 2010. The Vatican on Wednesday denounced China for ordaining a bishop without papal consent, accusing the government-backed church of gravely damaging the faith, and warning that the bishop himself risked excommunication. Pope Benedict XVI learned of the ordination of Rev. Joseph Guo Jincai "with deep regret'' as it constituted a "grave violation'' of church law and hampered reconciliation efforts that have been a priority for the papacy, the Vatican press office said.(AP Photo/Andrew Medichini) (AP)
--

Pope Benedict XVI has called for politicians and other world leaders to show more respect for human life at its earliest stages by saying embryos are dynamic, autonomous individuals.

Benedict made the comments during a vespers service Saturday to mark the beginning of Advent. This year, the Vatican urged bishops around the world to make the service a vigil for "nascent life."

The service comes amid continued fallout from the pope's remarks about condoms and HIV contained in a book-length interview published this week. While reaffirming condoms aren't a real or moral solution, Benedict said people who use them are taking a moral step forward because they are aiming to protect their partners from HIV -- even when conception is at stake.