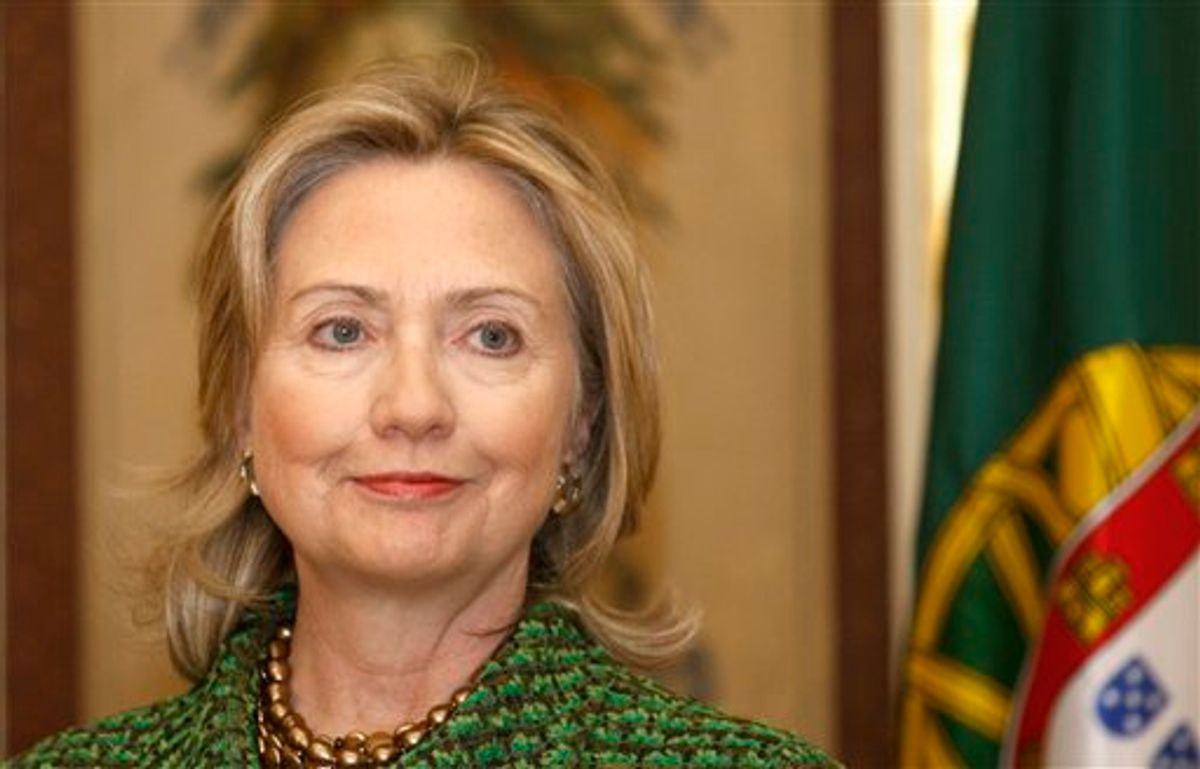 US Secretary of State Hillary Rodham Clinton looks on during a joint news conference with Portuguese Foreign Minister Luis Amado after their meeting on Friday, Nov. 19, 2010 at the Necessidades palace in Lisbon. Clinton will later be attending the NATO summit in the city. (AP Photo/ Francisco Seco) (AP)
--

Secretary of State Hillary Rodham Clinton is headed on a four-nation diplomatic tour to Central Asia and the Persian Gulf on the heels of Sunday's unauthorized release of a trove of sensitive State Department documents chronicling the behind-the-scenes conduct of U.S. foreign relations.

Clinton's trip, announced by State Department spokesman P.J. Crowley Sunday evening, had been planned long before hundreds of thousands of diplomatic cables were released by WikiLeaks, the online anti-secrecy group, and published by The New York Times and newspapers in Europe.

Crowley said Clinton will begin her trip Tuesday in Kazakhstan, where she will head the U.S. delegation to a summit meeting of the Organization for Security and Cooperation in Europe -- the first top-level meeting of the 56-nation group in 11 years.

Clinton also will meet with Kazakh President Nursultan Nazarbayev and his foreign minister, Kanat Suadabeyev. Nazarbayev has ruled Kazakhstan unchallenged since the late 1980s, when it was still part of the Soviet Union, and has been repeatedly re-elected by landslide victories.