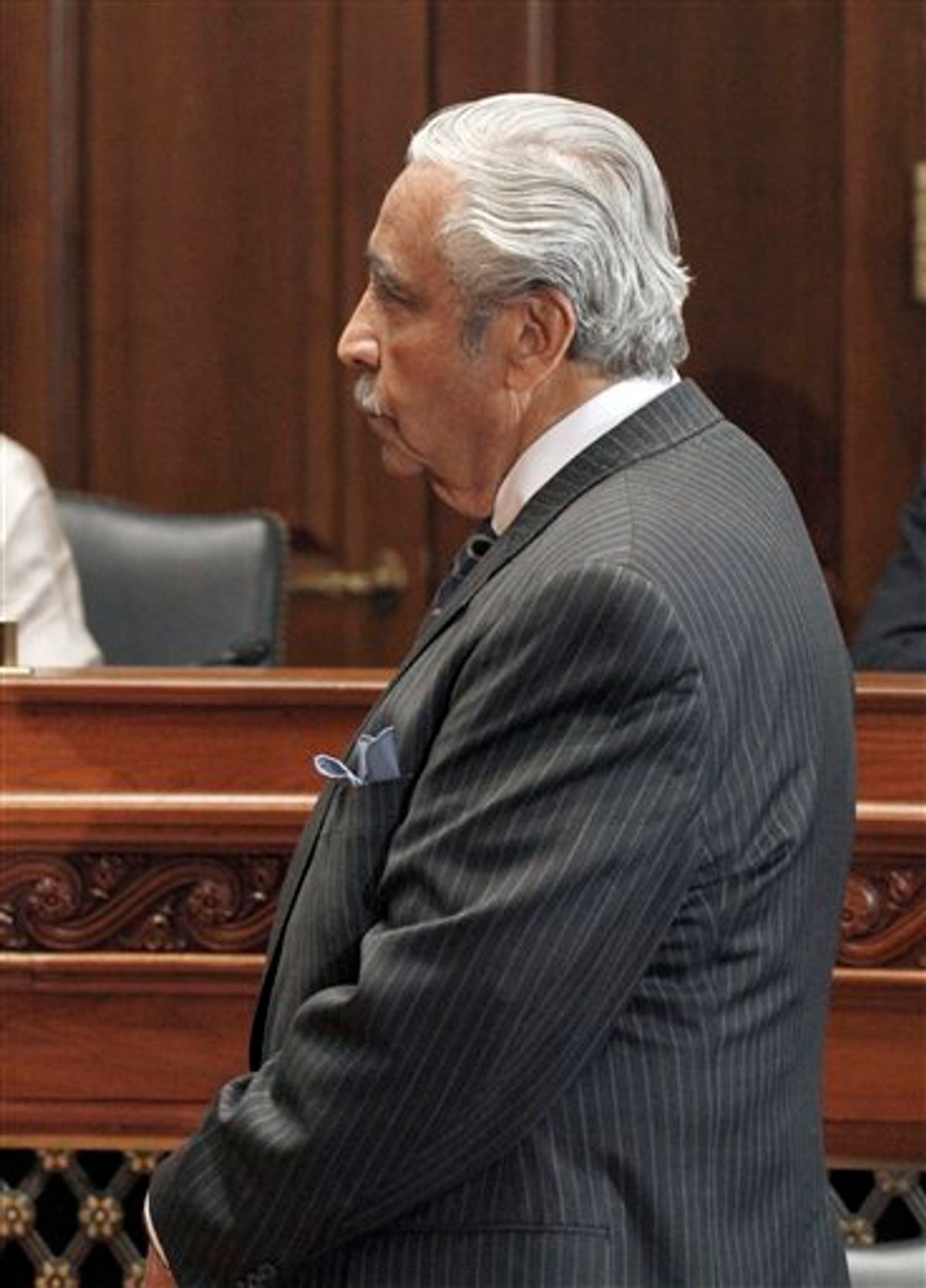 Rep. Charles Rangel is ready to make a last stand to salvage his reputation and tell the House that a censure should be reserved for crooked politicians.

He will argue that he's not one of them.

The 80-year-old Democrat from New York's Harlem neighborhood wants his punishment for ethics violations downgraded to a reprimand, according to congressional and nongovernment sources who are in touch with Rangel but are not authorized to be quoted by name.

Rangel will ask the House ethics committee chairman, Rep. Zoe Lofgren, D-Calif., for time to plead his case on the floor of the House, where he has served for 40 years, including a stint as chairman of the tax-writing House Ways and Means Committee.

The ethics committee voted 9-1 on Nov. 18 that Rangel should be censured for committing 11 counts of fundraising and financial misdeeds that violated House rules.

There is precedent for Rangel's argument that censure -- the most severe punishment short of expulsion -- is too harsh in his case. It won't be easy because he'll have to overcome the overwhelming vote of a committee that has an equal number of Democrats and Republicans.

Rangel plans to argue that censure has been imposed for violations including bribery, accepting improper gifts, personal use of campaign funds and sexual misconduct; none is present in his case.

The ethics committee, in explaining its recommendation, agreed in a report that the discipline usually is reserved for lawmakers who enrich themselves. In Rangel's case, the committee said, its decision was based on "the cumulative nature of the violations and not any direct personal financial gain."

The committee's chief counsel, Blake Chisam, responding to a question from a committee member, told Rangel's ethics trial that he saw no evidence of corruption.

The House will take up Rangel's discipline in the postelection session that resumes Monday, but no date has been set for decide his punishment.

To the public, a censure and a reprimand appear similar. Both punishments are meted out on the floor of the House and include a vote disapproving a member's conduct.

A censure goes beyond the vote and requires the disciplined member to appear at the front of the chamber -- called the "well" -- and receive an oral rebuke from the speaker that includes a reading of the resolution.

A reprimand is simply a vote of disapproval. It can be a separate resolution or a vote to adopt the ethics committee's findings. The punished lawmaker is not required to stand in the well.

Rangel was found to have improperly used official resources -- congressional letterheads and staff -- to raise funds from businesses and foundations for a center named after him at the City College of New York.

Some of the donors, the committee found, were businesses and foundations with issues before the House Ways and Means Committee. The contributions left the impression that the money was to influence legislation, although Rangel was not charged with taking any action on behalf of donors.

He also was found guilty of filing a decade's worth of misleading annual financial disclosure forms that failed to list hundreds of thousands of dollars in assets, and failure to pay taxes for 17 years on his rental unit in the Dominican Republic -- an embarrassment for someone who presided over tax legislation.

In addition, the committee told Rangel to pay any taxes he still owed.

The sources said Rangel complied last week, sending the Internal Revenue Service a check for $10,422 and a check for $4,501 to New York state.

Rangel has apologized and admitted his mistakes, although he denied any intent to violate standards of conduct.

Twenty-two House members have been censured while nine have been reprimanded. The last censures were in 1983, when the House disciplined Reps. Gerry E. Studds, a Massachusetts Democrat, and Daniel Crane, an Illinois Republican. Both were cited for sexual misconduct with teenage pages -- Studds with a male page, Crane with a female one.

Rep. Joe Wilson, R-S.C., was the last to be reprimanded. He was disciplined in September 2009, in a partisan vote, for shouting "You lie!" at President Barack Obama during a nationally televised speech to Congress.