The former presidential candidate posits coup, blames China for not 'behaving as a responsible world power' 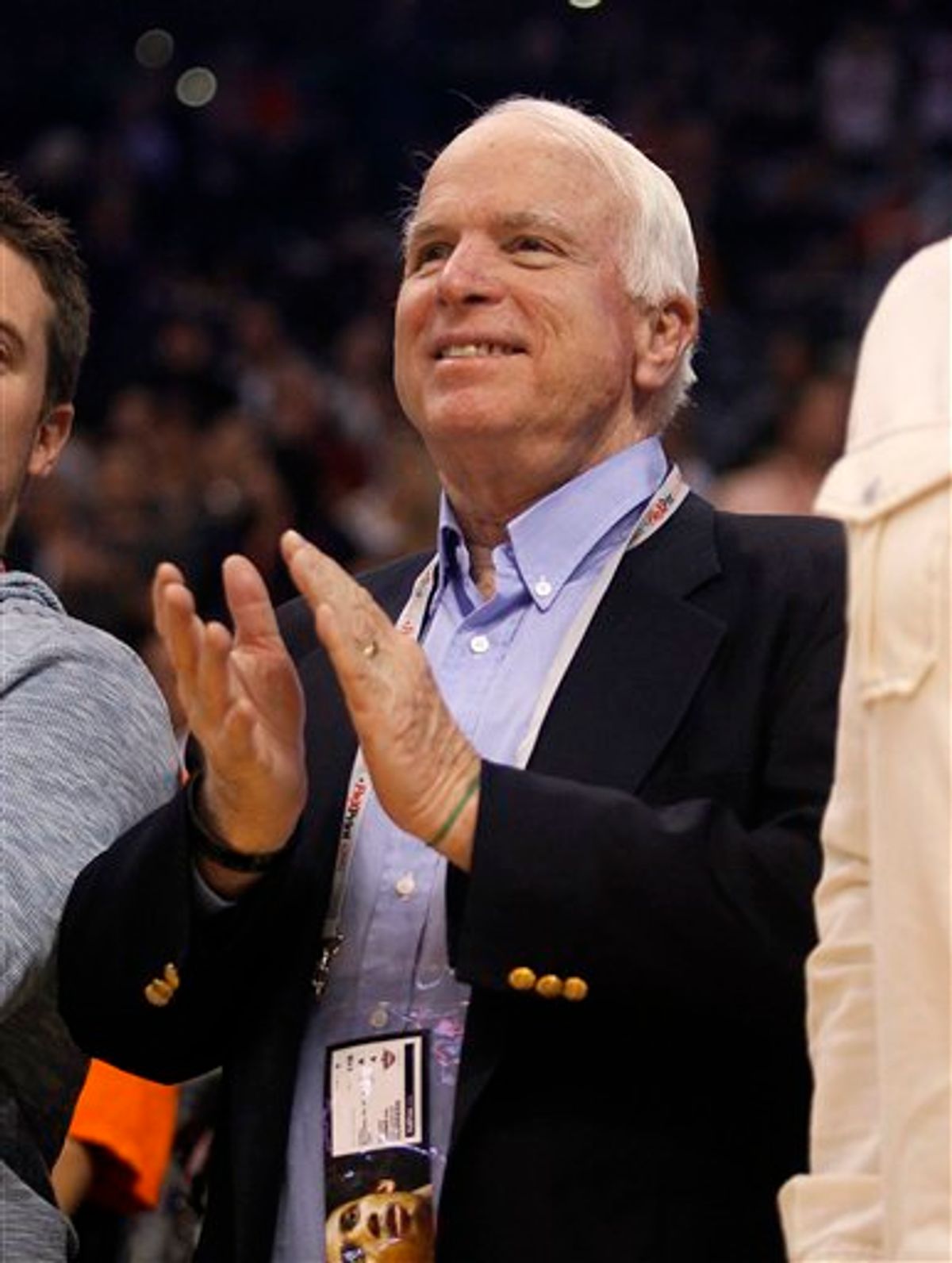 Sen. John McCain said Sunday it was time to discuss "regime change" in North Korea, but the former Navy combat pilot didn't say how he advocates changing the government in the repressive and secretive dictatorship.

McCain, the top Republican on the Senate Armed Services Committee, said he was not suggesting military action against the North. He said the Chinese, the North's closest ally, should rein in its neighbor, and he accused Beijing of failing to play a responsible role in either the Korean peninsula, where tensions are high because of a recent attack by the North, or the world stage.

"The key to this, obviously, is China," McCain said on "State of the Union" on CNN. "And, unfortunately, China is not behaving as a responsible world power. It cannot be in China's long-term interest to see a renewed conflict on the Korean peninsula."

The Arizona Republican added: "They could bring the North Korean economy to its knees if they wanted to. And I cannot believe that the Chinese should, in a mature fashion, not find it in their interest to restrain North Korea. So far, they are not."

China on Sunday proposed an emergency meeting of the six nations that have tried to engage North Korea in talks about its nuclear program. At the same time, U.S. and South Korea began naval war games in spite of North Korea's protests.

McCain said the Chinese government's call for emergency talks was a "fine first step," but he questioned whether North Korea would stop its long history of confrontation without significant penalties.

"I think it's time we talked about regime change in North Korea, and I do not mean military action, but I do believe that this is a very unstable regime," McCain said.

"We can have a peaceful resolution to this issue," he said. "But the North Korean regime is not one that's going to abandon the nuclear power status."

"China has a chance to change the feature of the Korean peninsula," Graham, R-S.C., said on "Fox News Sunday."

"I'm looking at China to step up their game against North Korea and try to get -- bring them in the fold of a peaceful nation. So I think we should push China hard and keep the sanctions on North Korea," he said.

McCaskill, D-Mo., said that while she agreed that China may not put the pressure it should on the North, it's not time to give up hoping China will restrain the regime in Pyongyang.

"I think China calling for a resuming of the six-party talks is important ... that's a good sign," she said. "We need to continue the exercises. We need to take a very strong stand."