Don't laugh (too hard) at the Bloomberg '12 talk

The billionaire New York mayor fares terribly in a new White House poll. Why it's not safe to write him off -- yet 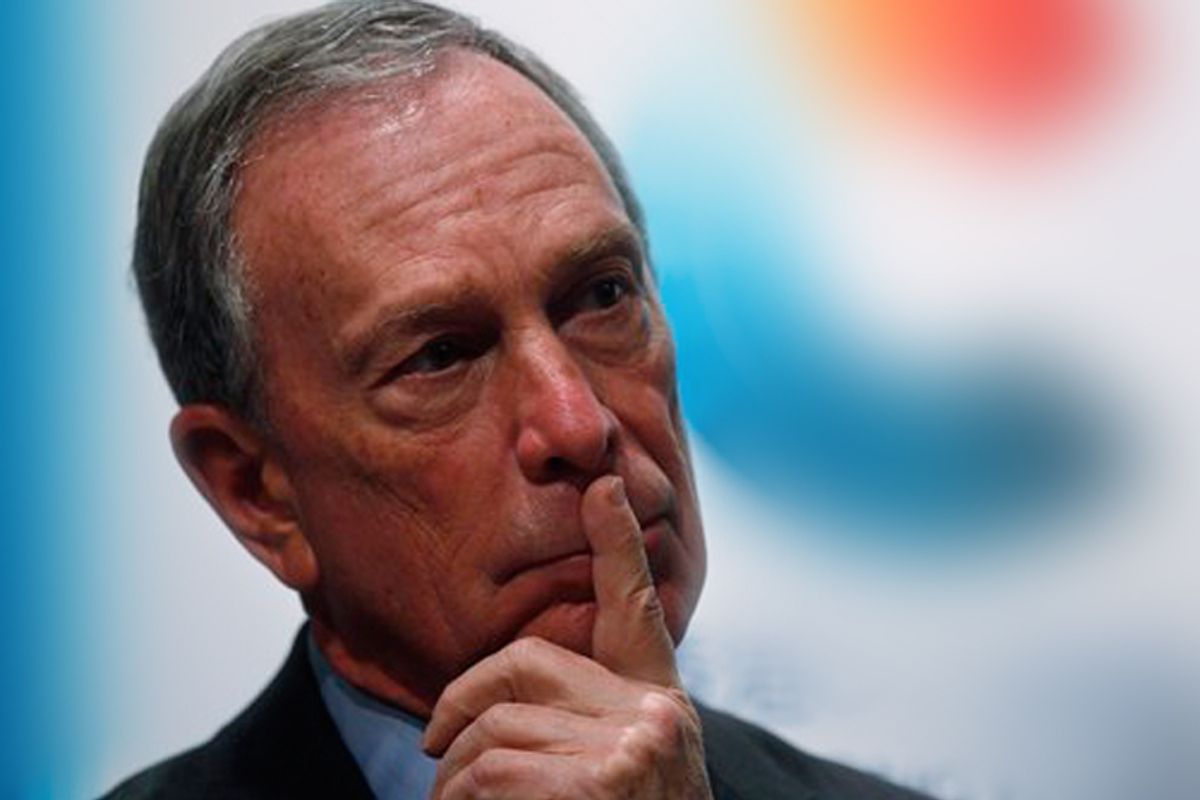 It's tempting to take Michael Bloomberg's feeble showing in a new 2012 presidential poll as confirmation of Sayre's Law, which posits that New York City mayors  come from anywhere but go nowhere. Pitted against Barack Obama and Sarah Palin in a trial heat conducted by PPP, Bloomberg nabs just 11 percent -- with Obama at 44 percent and Palin at 38.

It's certainly possible that this represents the national ceiling for the culturally liberal Upper East Side billionaire -- and that Bloomberg knows it and won't ever come close to jumping into the '12 race. But it's too soon to slam the door on the idea completely.

As I've written before, there is -- generally speaking -- good reason to discount talk about serious third-party presidential candidacies. There are just too many structural and financial barriers, and as Election Day approaches, the willingness of voters to "waste" their votes wanes. John Anderson's 1980 campaign, which started with the Illinois congressman notching 24 percent in one poll and ended with him failing to crack 6 on Election Day, is a perfect illustration. (And Anderson is one of the most successful third-party White House candidates in the modern era.)

But there are two reasons to keep tabs on Bloomberg as '12 approaches.

One is that, at least from this far out, it's possible that an '80/1992-like dynamic -- that is, one that is unusually favorable to the emergence of a third-party candidacy -- will prevail in 2012. In '80, voters badly wanted to reject Jimmy Carter, who was presiding over a stalled economy and an endless hostage crisis, but were apprehensive about Ronald Reagan, the Republican nominee who was then widely viewed as a trigger-happy extremist. Thus, the March entrance of Anderson, a moderate Illinois Republican, was initially greeted with enthusiasm by the public. Similarly, by the spring of '92, voters were increasingly ready to vote out George H.W. Bush, but concerns about Bill Clinton's basic character were keeping them from flocking to the Democrat. This allowed Ross Perot to emerge as a viable third-party contender.

So if, come early '12, the economy is still stuck in neutral and the GOP is poised to nominate a polarizing, Palin-ish nominee, there will be similar room -- at least initially -- for a third-party candidate. In that environment, Bloomberg might fare better than 11 percent. When Perot's name first began circulating in late February and March of 1992, he barely cracked double-digits in national polls; but the idea of a third option quickly caught on, and by May he was leading Bush and Clinton in three-way polls. Bloomberg is more broadly known now than Perot was in early '92, but plenty of Americans haven't yet formed an opinion of him -- so he does, at least potentially, have room to grow.

Which brings us to Reason No. 2: his money. Note that Anderson, unlike Perot, failed to build on his initial polling support. People liked the idea of his candidacy, but they soon concluded that he wasn't viable. The trajectory of Perot's campaign was different, though. As noted above, he was scoring nearly 40 percent of the vote in three-way polls by late spring '92, and while his numbers ebbed as press scrutiny increased, he was still running around 25 percent by mid-July. At that point, for reasons that remain murky, he dropped out -- only to reenter at the end of September, with his support back in single digits.  But he was included in all three presidential debates (and stole the show at the first one) and poured tens of millions of dollars into a series of half-hour television ads; on Election Day, he notched nearly 20 percent -- which stands as the best mark for an independent since Teddy Roosevelt in 1912. Had he not unnerved voters with his bizarre exit/reentry bit, it's possible Perot would have fared even better.

At least in theory, then, Bloomberg could pull off something similar in '12. The climate would have to be just right (if the economy comes around, there'll be no room at all for a third party) and the Republicans would need to cooperate by picking an unpopular nominee. Under these conditions, Bloomberg would have the means to run the kind of campaign that could establish him as a viable alternative; instead of fizzling like Anderson, he could be a player like Perot.

Granted, this scenario is a real long shot. The populist sentiment that Perot, with his folksy Texas charm and one-liners, tapped into might be off-limit to Bloomberg. And even if Bloomberg were to win entry into the debates, it might not do anything for him. Anderson actually got a one-on-one debate with Reagan in September 1980 (Carter, convinced that Anderson was destroying his reelection chances, refused to participate) and didn't fare poorly -- but his support dropped anyway. The real revelation to voters was that Reagan seemed more competent than they'd imagined.

Chances are that Bloomberg won't end up running. And even if he does, it's just about impossible to see him actually winning. Even under the best circumstances (for him), he'd almost certainly fall short of 270 electoral votes, throwing the election to the House, which would never support him. But if he were to run, it's not out of the question that he'd have a significant, Perot-like impact.