Britain's tempest in a breast pump 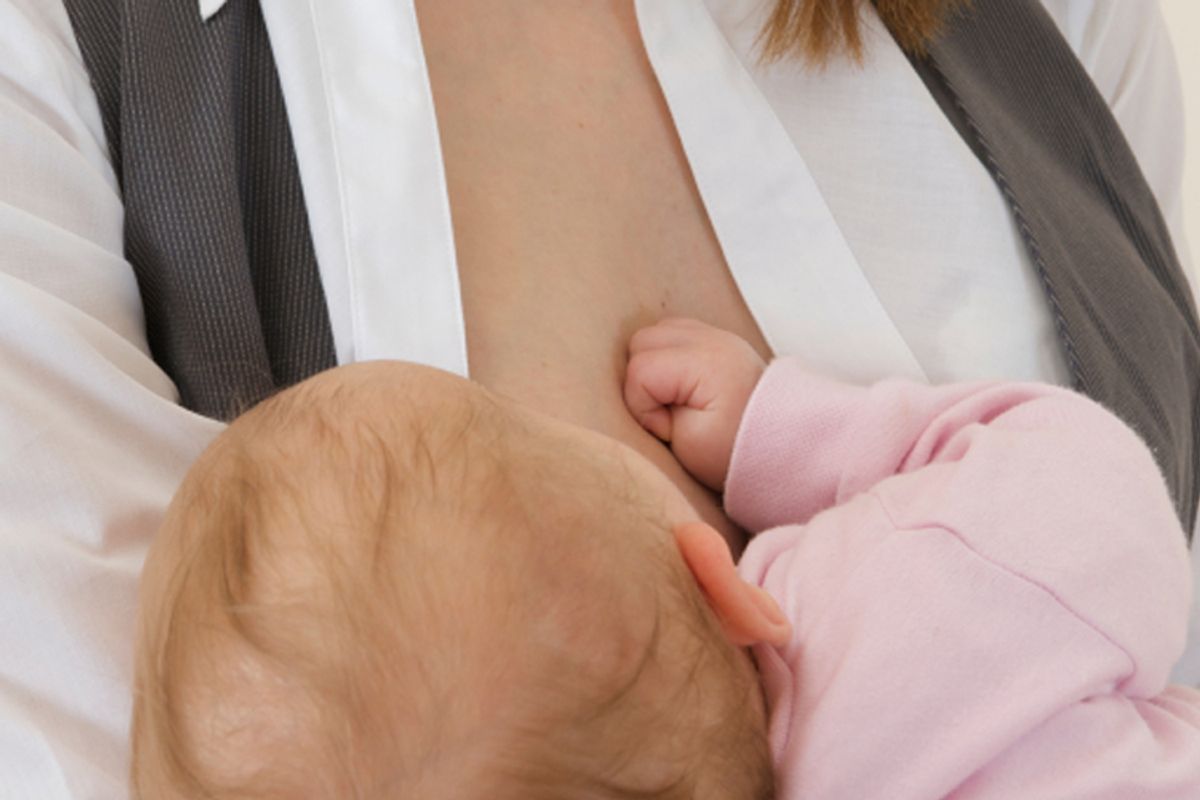 The British government has made a baby step -- no, make that a mere tummy-scooch -- toward supporting working moms, and the response in some vocal corners has been outrage. The anger comes not because the gesture is so minimal and insultingly overdue, but because they say that providing working mothers with break rooms for breast pumping and a place to store milk will be bad for business. So bad, in fact, that former British Conservative Party politician Ann Widdecombe says, "I could absolutely weep." She tells the BBC:

Now we have got the state actually saying to employers, in a time of recession, you must provide paid breaks, paid facilities, a special fridge for expressed milk and goodness knows what else for women returning to work who have decided, on their responsibility, presumably, to have a child. It is not appropriate for the state to micro-manage our lives as they are doing.

A reality check is in order here: The U.K. has one of the lowest breast-feeding rates in Europe and, maybe you've heard, nursing does wonders for the health of children (who are the future worker bees of Britain, by the way). What's more, a spokesperson for the Department of Health told the Daily Mail that the new guidelines, which are expected this week, are a mere suggestion, not a requirement: "The cost is minimal. Employers don't even need a fridge, it can be a cool box. It also doesn't have to be a designated room. It could be part of a room screened off, or an unused meeting room." In other words, employers: Don't worry, you don't really have to do much of anything to support working moms.