Slide show: From "The Little Prince" to Daniel Clowes' latest -- 9 great releases from the illustrated genre 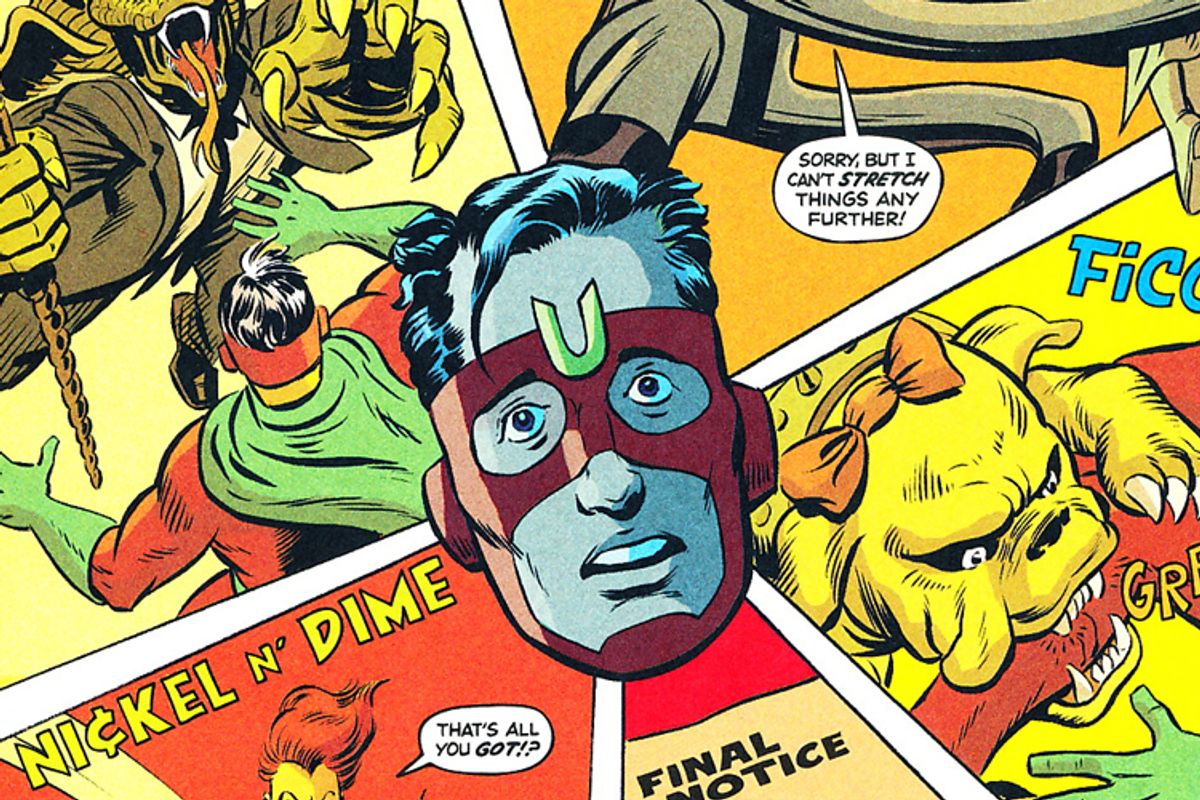 For the occasional comics reader, the search for a satisfying graphic novel can be frustrating; it's a market that still caters to aficionados. The form can be revelatory -- Alison Bechdel's "Fun Home," R. Crumb's "The Book of Genesis Illustrated" and Apostolos Doxiadis and Christos Papadimitriou's "Logicomix" are three stellar recent examples -- but too often striking artwork only serves a story line that's callow, listless or heavily borrowed from formulaic Hollywood movies.

With the mainstream reader in mind, I plowed through a towering stack of recently published graphic novels, vowing to avoid the following:

1. Superheroes: Apparently, there are still some people who don't view this motif -- whether in its naive, revisionist or post-revisionist forms -- as exhausted. Nevertheless, for the rest of us the Burden of Specialness is like gum with all the flavor chewed out.

2. Scene after scene of characters in their mid-20s sitting around in cafes kvetching about their love lives.

3. Three dozen identical panels in which the schlubby protagonist stares off into the middle distance, followed by one nearly identical one in which he sighs.

4. Darkness, oh such very dark darkness. This quality is probably a lot more appealing if you live with one of those chirpy moms who's always urging you to think positive.

The focus here is on books that offer a reasonably complete narrative, which eliminated attractive new anthologies like "The Best American Comics 2010," edited by Neil Gaiman, and "AX: A Collection of Alternative Manga," edited by Sean Michael Wilson. A series just launched by that master of queasy surrealism, Charles Burns, "X'ed Out," and a more conventional narrative by Mike Carey and Peter Gross titled "The Unwritten" (about the son of a famous children's book author who is constantly being conflated with his father's most famous character) are promising, but who knows how they'll turn out? I can only admire the patience of serious comics buffs who routinely endure the wait between installments.

Despite these restrictions, there's an exhilarating variety to these picks: humor and tragedy, naturalism and imagination, shy girls and tough guys, wise animals and foolish humans, stark black-and-white and extravagant color. Enjoy.