Ahmadinejad gets to say, "I told you so" 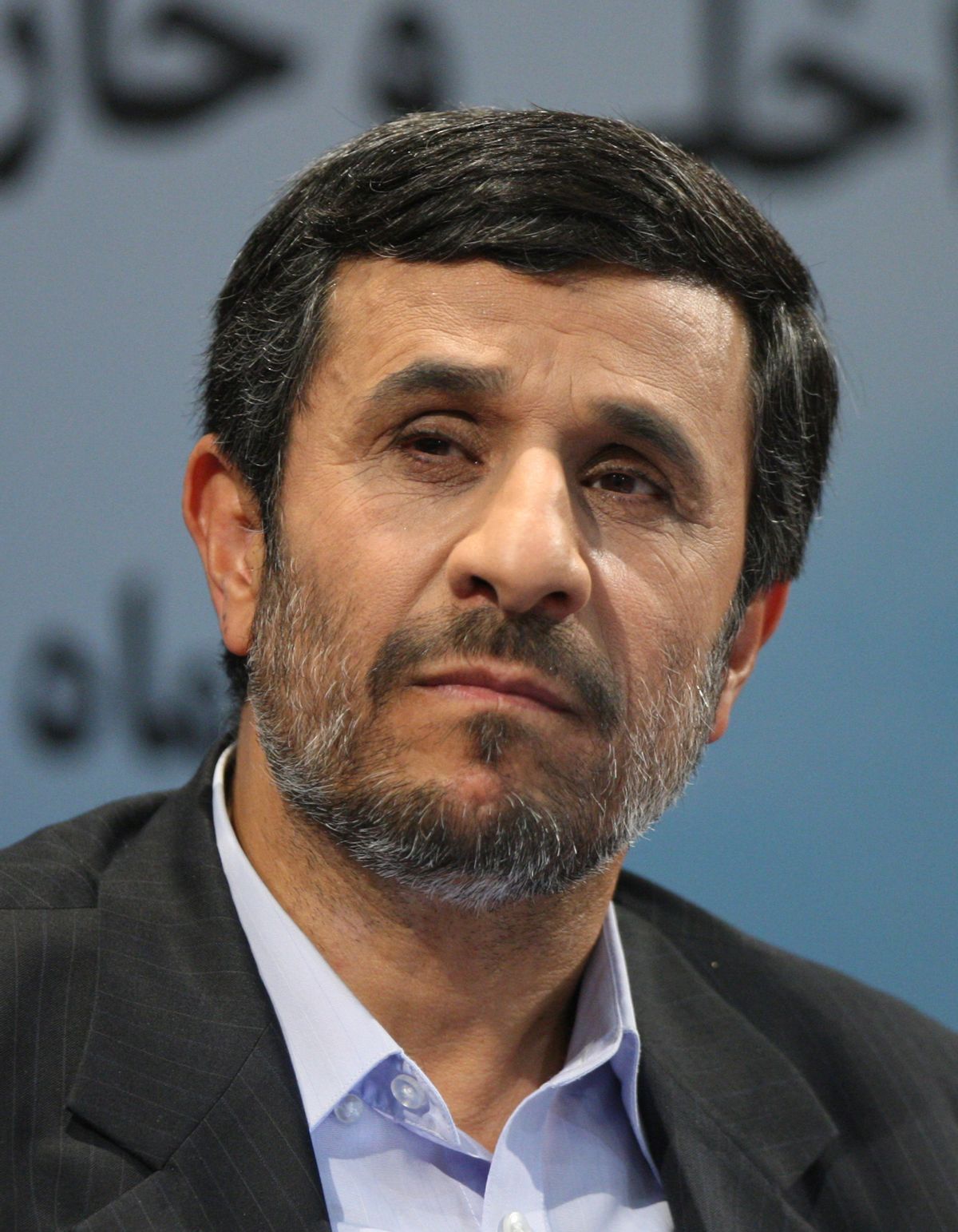 Revelations from leaked U.S. diplomatic cables that some Arab countries called on the U.S. to take military action against Iran and that Israel's Mossad planned to harness minority and student groups to overthrow the Iranian regime may come as a surprise to many, but not to one man. Indeed, in Tehran, President Mahmoud Ahmadinejad will be stroking his beard sagely and saying, "I told you so."

Publicly, Ahmadinejad has said that he does not believe the documents were leaked, but are a form of psychological warfare against Iran intended to promote discord among Muslim nations. But privately, he has long believed that those around him are, with the support of the Great Satan, out to get him -- and the WikiLeaks documents will only confirm what he already knew. His mistrust of his regional neighbors, particularly Saudi Arabia, Bahrain, Jordan, United Arab Emirates and Egypt, will be strengthened and his crackdown against ethnic groups such as the Azeris, Kurds and Baluchs will be intensified. Even his brutal suppression of the green movement and student democracy groups, which has resulted in hundreds of arrests and disappearances, will receive some retrospective justification.

The cables also highlight Israel's anxiety to preserve its regional nuclear monopoly and its readiness to go it alone against Iran if necessary. A cable that discusses the "upcoming delivery" of GBU-28 bunker-buster bombs from America to Israel and an agreement from Bahrain's King Hamad to base Awacs air surveillance aircraft in his country to monitor Iran will only serve to intensify Iran's fear of attack.

Last week ,the International Atomic Energy Agency concluded its latest report on Iran's nuclear program, to be discussed by the IAEA Board of Governors in early December. While the report shows no evidence that Iran has diverted its enrichment activities, it also says Iran still needs to cooperate in clarifying whether its nuclear program is peaceful or not. It is likely that Iran’s enrichment program will be a central topic at this week’s security conference in Bahrain attended by Hillary Clinton.

For Iranians, their country’s nuclear enrichment program is seen as a point of great national pride, and their dislike of foreign interference is intense. The CIA’s involvement in the overthrow of their democratically elected prime minister, Mohammed Mossadeq, in 1953 is still fresh in their memory, as is the bloody eight-year war against U.S.-backed Iraq in the 1980s. These elements of the Iranian national psyche will no doubt give these leaked communications the effect of strengthening Ahmadinejad’s position within his country. They will also increase Iran's sense of isolation and persecution. Ahmadinejad's mistrust of those around him will be heightened and Iran will become more intolerant of dissent within its borders and more difficult to negotiate with on the international stage. As demonstrated by North Korea last week, when a nation comes to be seen as a pariah state, its behavior can become increasingly irrational, unpredictable or even violent.

Stefan Simanowitz is a freelance writer, broadcaster and journalist. He writes regularly for the publications including the Guardian, Independent, Financial Times, Washington Times, New Statesman, Metro, In These Times, Huffington Post, Global Post, New Internationalist, and Mail & Guardian. Visit his website at www.simanowitz.ning.com and contact him at stefanowitz2@hotmail.com