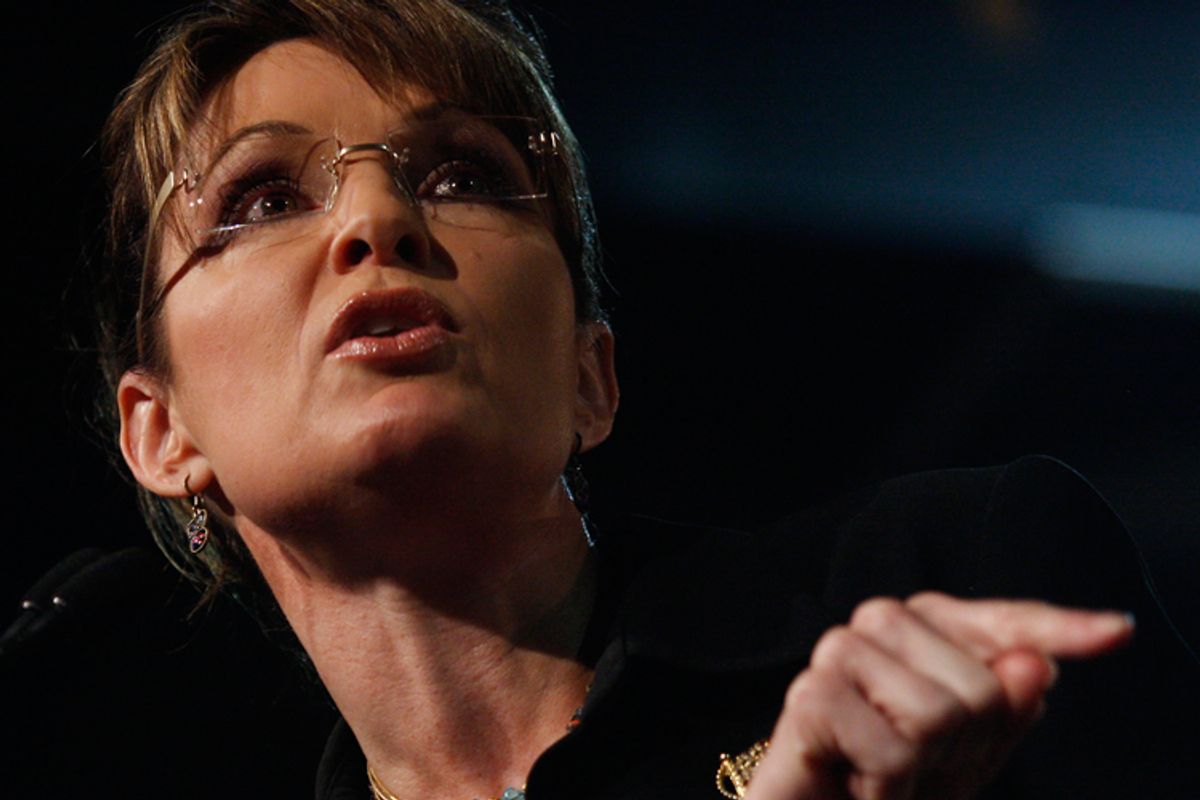 Potential GOP presidential contender Sarah Palin wins the prize for most feverish reaction to the WikiLeaks release with this new Facebook post:

[T]he latest round of publications of leaked classified U.S. documents through the shady organization called Wikileaks raises serious questions about the Obama administration’s incompetent handling of this whole fiasco.

First and foremost, what steps were taken to stop Wikileaks director Julian Assange from distributing this highly sensitive classified material especially after he had already published material not once but twice in the previous months? Assange is not a "journalist," any more than the "editor" of al Qaeda’s new English-language magazine Inspire is a "journalist." He is an anti-American operative with blood on his hands. His past posting of classified documents revealed the identity of more than 100 Afghan sources to the Taliban. Why was he not pursued with the same urgency we pursue al Qaeda and Taliban leaders?

It's first worth noting that there is no evidence that Assange has "blood on his hands." In a review of a previous round of leaks on Afghanistan, the Pentagon found no evidence that anyone had been endangered.

But more important: Palin is advocating that Assange be pursued like an al-Qaida operative. In the current context, it's not unreasonable to interpret that to mean he should be assassinated.

This is rather like Palin's recent stance against the 16th Amendment and the federal income tax: If she's going to be a serious political figure, she should be required to publicly explain and defend her positions. A serious media interview would be the perfect forum, one we're not likely to get any time soon.