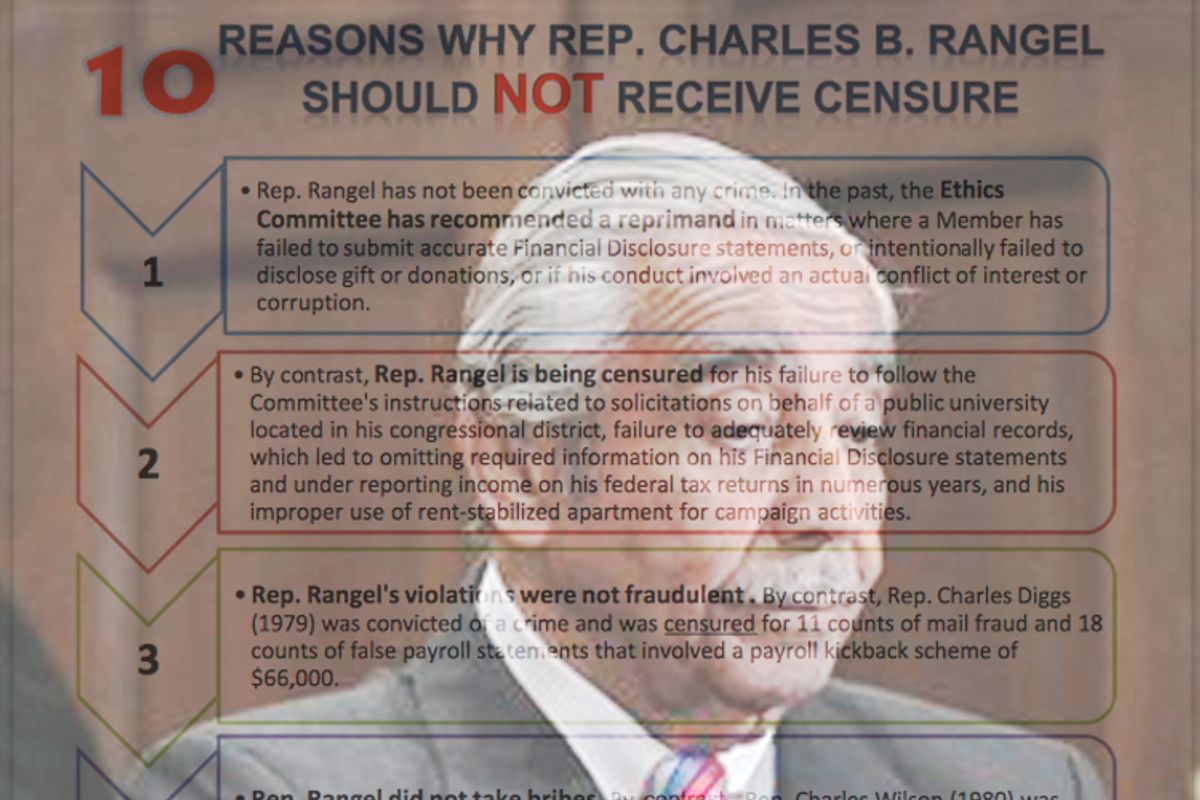 Representative Charlie Rangel would really prefer it if the House didn't censure him. He was found guilty of 11 counts of ethics violations, and the ethics committee voted nine-to-one to recommend that the full House censure him, but he thinks a reprimand would be just fine, thank you.

How does Rangel plan to convince his colleagues that he's not worthy of censure? With a really great chart, obviously. 10 Reasons Why Rangel NO Censure

Will it work? No, probably not. But censure is still an extraordinarily goofy 19th-century relic, so it really won't be so bad, Charlie.