When the Mama Grizzly hit the Dallas area in 2009, crowds lined up to see her. This time around, it was a non-event

By Barry B. Doyle 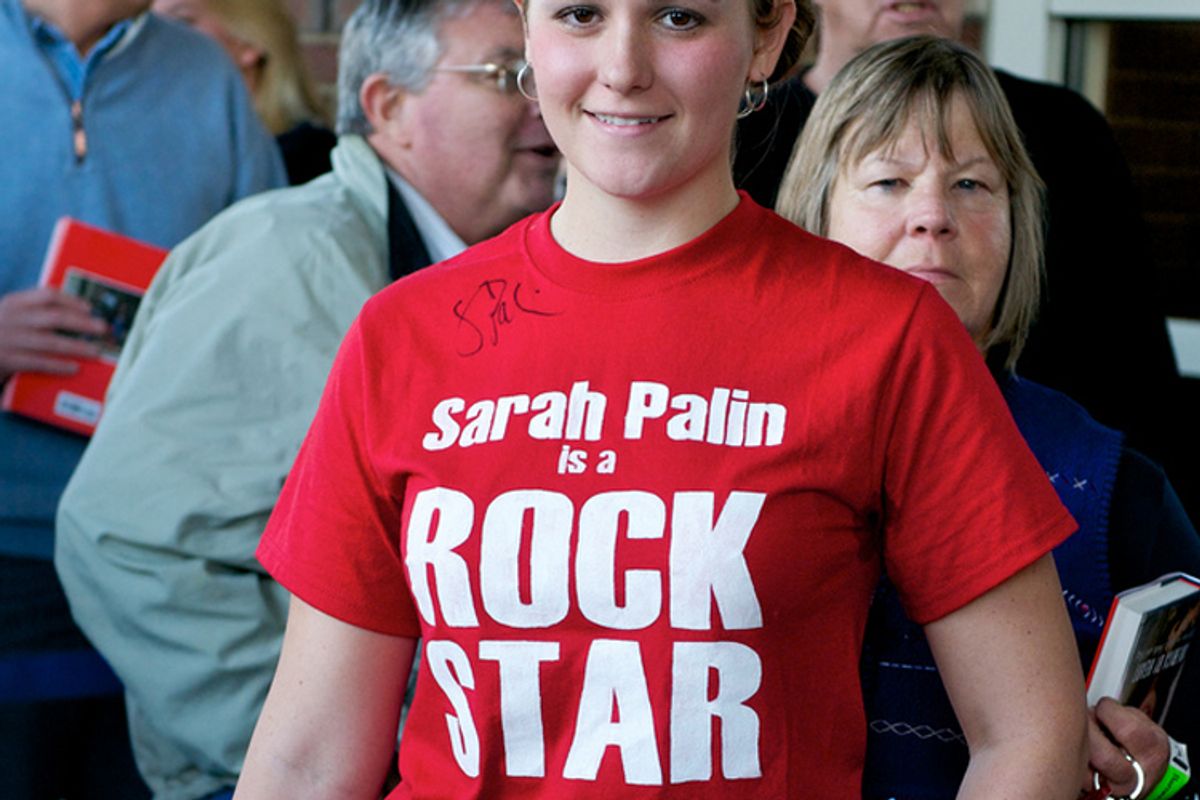 The book signing for Sarah Palin in Dallas this past Sunday was a non-event. I showed up about midday to talk with the Barnes & Noble store director, to see if I could get access as a photographer. It was nice that she remembered me from my own book signing at the store some months past, and was gracious in talking to me about what I could and couldn't do at the store. Basically, she said no, I couldn't be in the store and take photos while Palin was there.

Nikki, the director, knew that I had a photo gig the last time Palin was in the area at a competing independent bookstore. But that was the difference. While I was able to get employee credentials at the Legacy Bookstore in Plano for Palin's first book, Barnes & Noble is a different animal. All requests had to go through its corporate offices, and I was just too late with my requests. To be honest, I didn't even know Sarah Palin was going to be in town until Friday.

Another reason I couldn't get inside was that her reality television people were there filming the event. TLC managed to get Barnes & Noble to restrict other media access during the signing. The local news outlets could not videotape during the actual signing of the books; there were to be no print journalists allowed and no questions could be asked of Palin while she was in the store.

This was a big difference from when I was a part of the last Palin book signing, which I documented in a piece called "Shooting Sarah Palin." (Folks, I know the title is a bit provocative, but please know that "shooting" is common photo/journal lingo to refer to a photography gig.) At the Legacy Bookstore event, I was granted broader access than even the official journalists, since I had store employee credentials and badges.

At the Barnes & Noble event, I was a nobody, but I did get permission from the store director to take some shots outside. Not that I needed it, since the property is accessible to the public. The person or entities who could have asked me to leave -- the general property management company -- since the parking lot and sidewalks outside the upscale strip center were indeed private property, were nowhere to be found.

Another big difference for this most recent bookstore appearance by Palin is that there seemed to be much less interest in her latest book, and perhaps in her. Granted we're in an entrenched Republican majority state, but Dallas' apparatchiks are by and large Democratic. Make no mistake, though, the money and power in the city still derives its base and strength from Republican Party sources. There are plenty of Tea Partiers, rednecks, goat ropers and Republicans to go around. They just didn't show up this time.

Here's the waiting line for patrons to get their books signed while Palin was in the store on Sunday: Compare that with the line waiting outside in 20°F weather at the previous Palin event a full six hours before the doors opened (many waited in line for 14 hours) as seen here in December 2009: On Sunday, there were about 30 people in line: At both Dallas-area events, there was a common theme. The people waiting to see her were devoted and enthusiastic followers, and almost all of them were a homogeneous demographic -- there were very few people of color, which made that contrast stand out all the more. The local Fox News affiliate was there, but even it didn't have much of a presence. You see below a single videographer and fill-in reporter Peter Daut interviewing a waiting supporter. One last note: At the Legacy Bookstore signing in 2009, Palin signed about 1,300 books. At the Barnes & Noble store, they set aside about 250 books for her to sign.

It was a non-event.

Barry B. Doyle's book, Dallas Iconography, was published in 2009.

MORE FROM Barry B. Doyle