Diplomatic cables reveal the U.S. has been launching strikes in Yemen, but attacks are claimed by local government 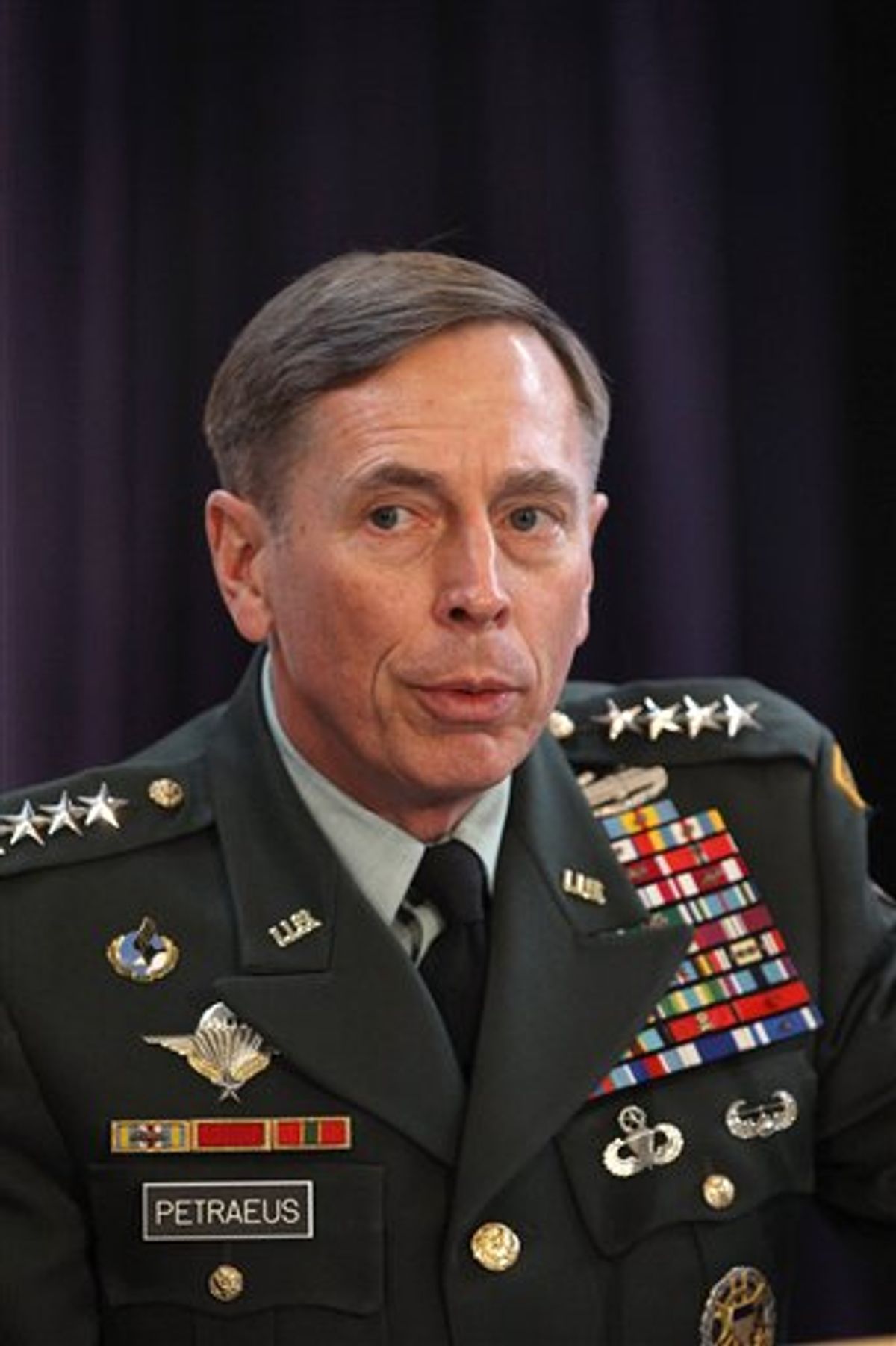 One of the most interesting items in the trove of diplomatic cables released by Wikileaks confirms that the Obama Administration has secretly launched missile attacks on suspected terrorists in Yemen, strikes that have reportedly killed dozens of civilians. The government of Yemen takes responsibility for the attacks.

The January 2010 cable describes a meeting between Gen. David Petraeus and President Ali Abdullah Saleh of Yemen, in which they discuss U.S. airstrikes.

Here's the key section (emphasis ours):

President Obama has approved providing U.S. intelligence in support of ROYG [Republic of Yemen government] ground operations against AQAP targets, General Petraeus informed Saleh. Saleh reacted coolly, however, to the General's proposal to place USG [U.S. government] personnel inside the area of operations armed with real-time, direct feed intelligence from U.S. ISR [intelligence, surveillance, reconnaissance] platforms overhead. "You cannot enter the operations area and you must stay in the joint operations center," Saleh responded. Any U.S. casualties in strikes against AQAP would harm future efforts, Saleh asserted. Saleh did not have any objection, however, to General Petraeus' proposal to move away from the use of cruise missiles and instead have U.S. fixed-wing bombers circle outside Yemeni territory, "out of sight," and engage AQAP [Al Qaeda in the Arabian Peninsula] targets when actionable intelligence became available. Saleh lamented the use of cruise missiles that are "not very accurate" and welcomed the use of aircraft-deployed precision-guided bombs instead. "We'll continue saying the bombs are ours, not yours," Saleh said, prompting Deputy Prime Minister Alimi to joke that he had just "lied" by telling Parliament that the bombs in Arhab, Abyan, and Shebwa were American-made but deployed by the ROYG.

The three strikes mentioned at the end there each occurred in December 2009, the month before the cable was written. The Dec. 17 Abyan attack killed 55 people, 41 one of whom were civilians, including 21 children Amnesty International later reported. Amnesty had also suspected that a U.S. cruise missile was used in the attack because of images of debris found at the scene. This new cable seems to bear out that suspicion.

The Dec. 17 attack in the city of Arhab occurred the same day, though it's not clear who was killed.

And finally, here is a contemporaneous report that mentions the Dec. 24 Shebwa attack. Here (.pdf) is the official Yemeni statement on that attack, which falsely claims rseponsibility. The Yemeni government said the strike targeted a meeting of Al Qaeda leaders, including the American-born Anwar Al-Awlaki. But he turned out either not to have been there, or not to have been killed. And again, it's not clear whether any civilians were killed in the attack, which the government claimed killed 30 people.

There has been speculation that the Wikileaks revelation will spark a backlash against Saleh, but as of yet nothing has been reported.