Why we need Big Business and Big Government 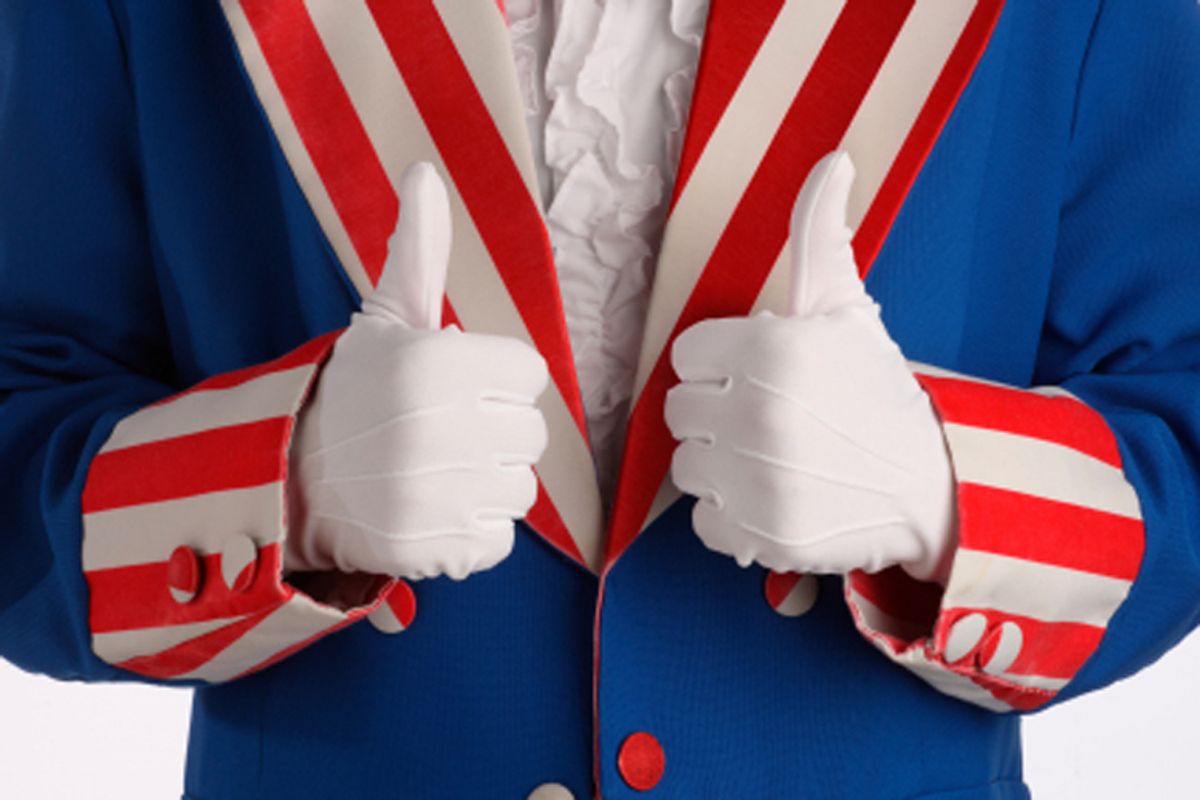 If they agree on nothing else, much of the right and left in America agree that big is bad and that "small is beautiful" -- to borrow the title of the British economist E.F. Schumacher's 1973 book. Around the time that Schumacher's book became a bestseller in the United States, American culture underwent a transvaluation of values. New Deal liberalism, which took pride in hydropower dams, highways and rockets, was dethroned by the counterculture, which opposed dams, loathed automobiles and preferred the exploration of inner space. On the right, market fundamentalists and religious fundamentalists shoved aside the pragmatic Republican business executives who had made their peace with New Deal reforms and worked with the government to win World War II.

The new right was inspired by Ayn Rand to go Galt; the new left was inspired by Tolkien to go hobbit. The new right and the new left rebelled against industrial modernity in different ways -- the former by withdrawing children from public schools for 19th-century home schooling, the latter by growing their own food in back-to-nature communes. But they shared a dread of technological modernity and large-scale organization.

The result is absurd, when applied to industries that by their very nature tend to be capital-intensive and concentrated. At least the romantic critics of modern industrial agriculture have an alternative, however unworkable, in mind -- labor-intensive, premodern peasant cultivation. But what is the opposite of Big Oil? Those who denounce Big Oil generally oppose fossil fuels. They are not fans of Small Oil, that is, wildcat oil operators. And if Big Pharma is bad, what is Small Pharma? An apothecary in a root cellar? New Age homeopathic medicine?

The small-is-beautiful orthodoxy prevents Americans from thinking seriously about job creation and economic growth, in the midst of the worst recession since the 1930s. The bipartisan conventional wisdom has two elements. First, the way to create jobs is to shower tax cuts and other favors on small businesses. Second, the U.S. can grow by shedding large-scale manufacturing to other countries while focusing on encouraging innovative start-ups. These widely-accepted dogmas threaten the future of America.

It is true that 99 percent of American firms are defined as small businesses. But this is only because the federal government defines a small business as one with fewer than 500 employees. How many ordinary people think of a company with 499 employees as small?

The age of firms is more important than their scale, when it comes to job creation. Most start-ups fail, destroying the very jobs that they earlier created. A company that has survived the Darwinian struggle for a while is more likely to grow.

And the growth of a few small firms into leviathans is important for the American economy -- contrary to the orthodoxy that holds that it is enough for a few entrepreneurs, aided by a few angel investors, to create a new product and then license production to companies in foreign countries. In a recent article in Forbes, Intel's Andy Grove argued that the American job creation machine is broken, because start-ups are no longer being scaled up into giant industrial enterprises within America's borders. Criticizing the journalist Thomas Friedman for arguing that the U.S. can forgo manufacturing and concentrate on innovation, Grove writes:

Friedman is wrong. Startups are a wonderful thing, but they cannot by themselves increase tech employment. Equally important is what comes after that mythical moment of creation in the garage, as technology goes from prototype to mass production. This is the phase where companies scale up. They work out design details, figure out how to make things affordably, build factories, and hire people by the thousands. Scaling is hard work but necessary to make innovation matter.

The scaling process is no longer happening in the U.S. And as long as that's the case, plowing capital into young companies that build their factories elsewhere will continue to yield a bad return in terms of American jobs.

The leaders of every other industrial great power, with the exception of deindustrialized, finance-dominated Britain, understand the importance of capturing the largest possible share of domestic and global markets for their own firms in industries with increasing economies of scale (thanks to which costs fall with volume production). These capital-intensive, machinery-based industries include manufacturing and both conventional and unconventional energy production. That's why China and India want their own automobile industries. It's why the Japanese government fostered a Japanese tech industry. It's why European governments subsidize Airbus, one of the world's two dominant aerospace firms. And it's why an increasing share of the world's energy production is under the control of state-owned companies.

It appears that the officials who make policy in China, Japan, Germany, France and India failed to be won over by E.F. Schumacher or Ayn Rand back in the Age of Aquarius.

If it is heretical to defend Big Business today, it is even more heretical to point out the benefits of Big Government. But those benefits are obvious.

Whatever may be the case in other countries, the greatest threats to personal freedom in the U.S. have always been at the local level. The U.S. Army destroyed slavery during the Civil War and it backed the enforcement of federal civil rights laws a century later, during the Civil Rights Revolution. The federal government's greatest failures have come when it collaborated in state-led atrocities, like the internment of Japanese and Japanese-Americans during World War II, a policy demanded by California and other Western states, and the ethnic cleansing of the Cherokee, a policy insisted upon by Georgia and other Southern states. Only when conservatives have blocked reform at the federal level have individual states pioneered reforms, like women's suffrage and corporate regulation.

Big Government is necessary not only to defend individual freedom against oppressive local majorities but also to provide the public goods necessary for economic growth. The federal government was largely responsible for creating the national railroad system of the 19th century and the national highway system of the 20th.

Big Government provides another public good in the form of basic research, which individual firms will not pursue because they cannot recoup the costs by monopolizing the rewards. As innovation has shifted from individual inventors to ever-larger teams of scientists and engineers, the importance of government laboratories and government-funded university research has grown. Nuclear energy, computer technology, the Internet, human genome mapping -- all of these were created chiefly by Big Government.

Like any other institutions, Big Business and Big Government can go horribly wrong. The horror is compounded when they go wrong together. That is what happened in American finance in the last three decades.

Colossal firms or networks of firms make sense in industries with increasing returns to scale, like aerospace and automobiles. But it is not clear that there are significant economies of scale in banking -- and there may be significant diseconomies, as large-scale larceny and incompetence on the part of our newly formed, giant, universal banks would suggest.

It is one thing for government, as the senior partner, to promote a strategic industry, and quite another for the government to be captured by a special interest. Many of the members of Congress and executive branch officials charged with supervising the financial industry have in fact acted as its agents, in return for campaign donations or lucrative post-government careers.

But it is a mistake to conclude from the abuses of concentration in the financial sector that we do not need flourishing large corporations in manufacturing, agriculture and energy, just as it is stupid to equate all government promotion of industry with "crony capitalism." Aging baby boomers may be incapable of rethinking the small-is-beautiful romanticism of their youth. Let us hope that the generations that succeed them can resume the interrupted project of building a Big America with the aid, when necessary, of Big Government and Big Business.