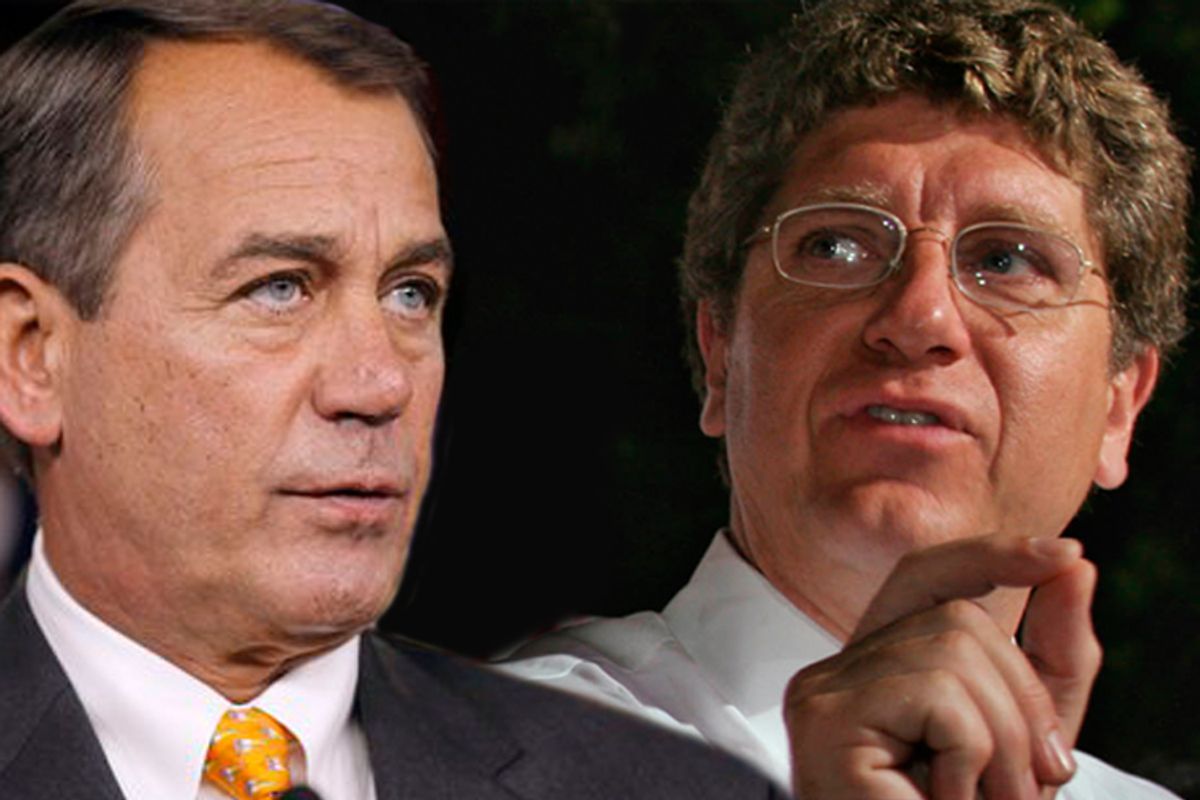 Randall Terry is a psychopath, an antiabortion zealot who endorses domestic terror and compares coldblooded murderers to heroic abolitionists. He's also a ridiculous character whose true calling is self-promotion, by any means necessary.

He long ago went from prominent figure in the raging abortion debate to desperate self-parody. He renounced his gay son, left his wife for a campaign volunteer, and sought a reality television show. If it weren't for YouTube, no one would've even noticed his inflammatory statements about the murder of Dr. George Tiller. In short, Randall Terry's not only an extremist nutcase, he's also old news.

But now that the Republicans are back, this faded celebrity is mounting a comeback. Terry's most recent e-mail blast featured a photo of the radical Catholic cleric sitting down with incoming Speaker John Boehner himself. "With Boehner's chief of staff, after the election," the caption read. (Terry also presented the incoming speaker with a fetus doll resting on some sort of "decree.")

This is the sort of person the speaker is making time for now? Am I just forgetting about the time Nancy Pelosi had coffee with the leadership of the Workers World Party? Winking to the zealots is one (disgusting) thing, but actually taking a meeting with a fanatic like Randall Terry is beyond the pale.