Bill O'Reilly has the scoop on how Jews, liberals, Scientologists and Obama will ruin Jesus' birthday for everyone 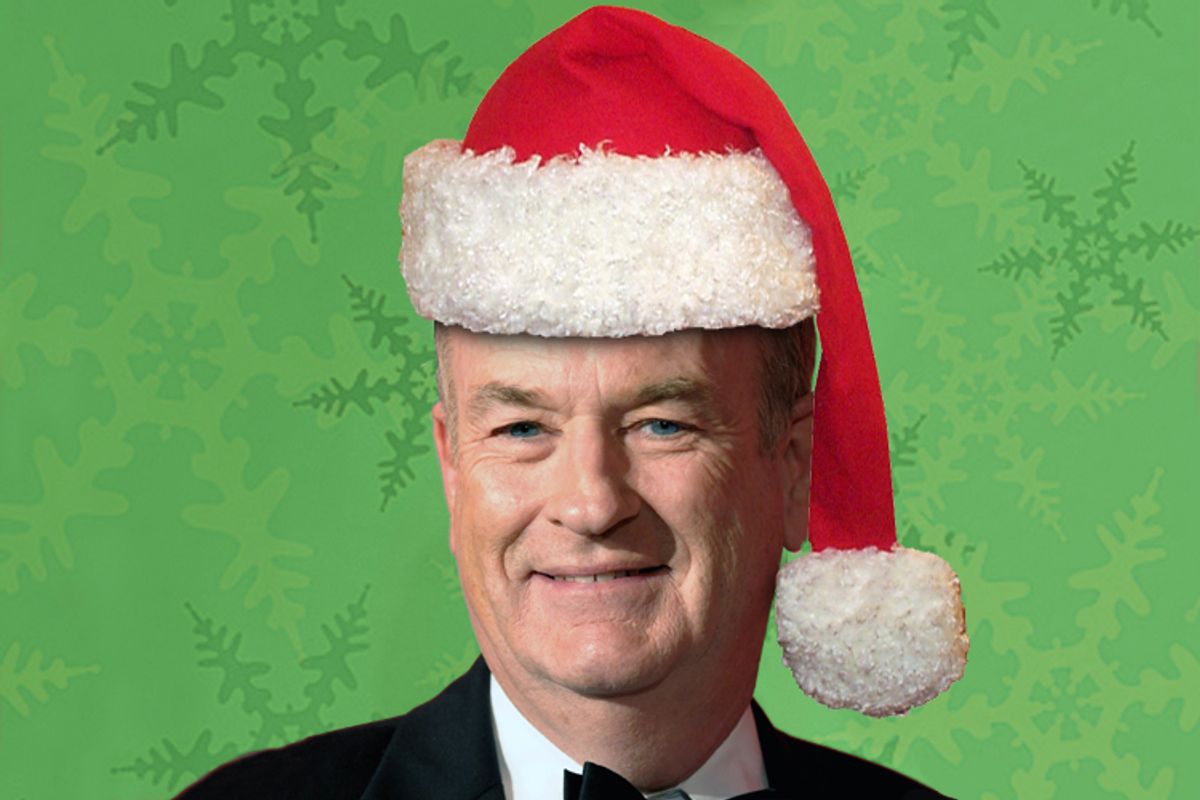 Bill O'Reilly: Welcome back, loyal viewers. Now, you all might recall that "I won the war on Christmas" a few years ago. But the forces of darkness are always creeping -- like sharia -- and it seems they have risen from their weed-induced slumber. The atheists are now using billboard propaganda on our children to erase Christ from Christmas!

The Jews and Muslims apparently can't find peace in the Middle East, but they sure can join forces to declare war on Christmas and blow up our Christmas trees! And who can blame them? They're simply taking the cue from President Obama's government.

Well, today, "The O'Reilly Factor" has received an Iranian nuclear bomb of an exclusive. Government documents containing confidential, top-secret information obtained by a patriotic whistle-blower have been leaked.

Below find some of the highlights on how they seek to destroy "Christmas":


The War on American Culture


The War on the American Economy


The War on the American Media


The War on American Children

Wajahat Ali is a playwright, journalist and attorney. His play "The Domestic Crusaders" is one of the first plays about American Muslims and about to be published by McSweeney's. He is writing a television pilot for HBO with Dave Eggers.