Assange prosecution would be "extremely dangerous" 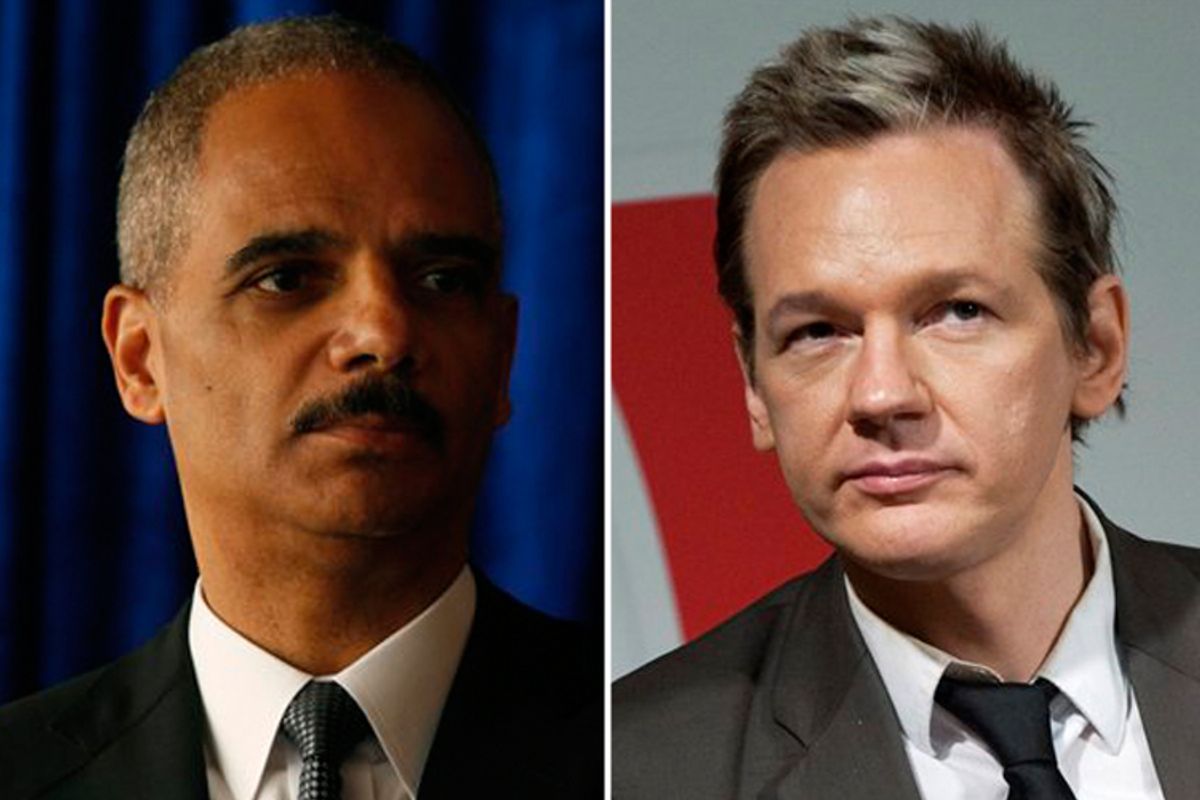 The Obama administration is exploring the possibility of prosecuting WikiLeaks founder Julian Assange under the century-old Espionage Act, according to a front-page Washington Post story this morning. But legal experts tell Salon that such a prosecution would not only face myriad legal and practical hurdles, it would also set what one analyst calls "an extremely dangerous precedent."

"This is novel legal territory. Every step involves uncertainty and virgin territory, and ideally it will be left that way," says Steven Aftergood, a secrecy expert at the Federation of American Scientists. Aftergood, who has been a critic of WikiLeaks in the past, argues that "a prosecution of WikiLeaks would be a horrible precedent that in time would almost certainly be applied to other publishers of controversial information."

At issue here is the Espionage Act of 1917, which was passed by Congress during World War I and makes it a crime to, among other things, disclose national defense information to someone not authorized to receive it or retain national defense information after the government has demanded it back. While there have been many successful prosecutions of leakers under this law, there have been extremely few prosecutions of those on the receiving end of leaks.

Many have argued that the law is unconstitutional, and, if it was actually applied broadly, would lead to the prosecution of journalists and newspapers that routinely obtain and publish classified national defense information. In a Washington Post Op-Ed today, former CIA general counsel Jeffrey Smith nonetheless argues that Assange should be prosecuted under this section of the law. One potential hurdle with this theory is that the Espionage Act is anachronistic. It refers to physical documents like a "signal book" and a blueprint; it's not clear how this would apply to digital information.

The Alexandria U.S. attorney's office a few years ago charged two civilian pro-Israel lobbyists under the Espionage Act for receiving and transmitting classified information, but the case was dropped after rulings that made it harder for prosecutors to obtain a conviction. The same U.S. attorney's office is looking at the WikiLeaks case, according to the Post.

Aftergood, the secrecy expert, tells Salon that another potential theory by the government would be that Assange and WikiLeaks conspired to violate the Espionage Act by actively soliciting the diplomatic cables from the leaker.

"If a case could be made that WikiLeaks did not simply publish the material as a passive recipient, but that they actually solicited the release of the information, then they would be vulnerable," he says. But it's not clear how solicitation would be defined, and it's also not at all clear if the facts of the case would bear this theory out. And, again, if this theory of the law were applied, it's hard to see how it wouldn't ensnare a journalist like Bob Woodward, who asks government officials about classified matters and then publishes the information.

All of this discussion will be moot if Assange is never brought before a U.S. court. That will conceivably happen only if he voluntarily traveled to the United States, or if the Obama administration could convince a foreign government to extradite him, which could be an impassable hurdle in itself.